Idlib between War and Diplomatic Choices

Uncertainty is still shrouding the situation in Idlib, starting from Turkey’s statements and international comments that call for respecting the humanitarian situation there, holding quadripartite summits and ending with Russian allegations about Jihadi attacks to justify the ongoing brutal military campaign, which targeted the civilians and all their ways of living in northwestern Syria. Meanwhile, Turkish President Recep Tayyip Erdogan has announced that a quadripartite summit – Turkish, French, Russian and German – will take place on March 5.

Another Turkish soldier was killed two days ago in Idlib, where Turkey has deployed its troops, despite the Turkish threats and calls on the Syrian regime to withdraw its forces, and it seems that the continued confrontations are a result of Assad’s obstinacy and the covered Russian support.

On Saturday evening, a Turkish soldier has been killed in Idlib through a bomb attack by Syrian government forces, Reuters news agency reported. An official in Gaziantep province confirmed the incident. The soldier was a tank maintenance worker, the official added, confirming that the number of Turkish soldiers who were killed in that region during the current month has risen to 16.

In a preliminary response, Turkish Ministry of Defence said Saturday that the Turkish army destroyed 21 positions belonging to the Syrian army in response to the killing of a Turkish soldier in Idlib. In an official statement posted on Twitter, the ministry added that it is following all the developments and will take all necessary measures at the right time.

In his statements, Erdogan confirmed Saturday that Turkey has set its own roadmap for Idlib, and this comes after holding talks with the Russian and French Presidents, and the German Chancellor on Friday. The Turkish President also held a phone call on Friday with his Russian counterpart, in which they discussed possible future developments in Syria.

During the phone call, Erdogan demanded to curb the regime forces, saying that humanitarian crisis shall end according to the statement. He also renewed his call to return to the Sochi agreement signed in 2018, considering it as the only solution to the crisis there. The agreement allowed Turkey to establish military observation posts in Idlib to deter any attack by the regime forces on that region.

The Syrian regime’s news agency cited what it called a military source as saying “any infiltration in the Syrian airspace will be dealt with as an external military aggression, and orders were given to the air defences to confront it with all available means.”

“Any aviation that violates the Syrian airspace will be dealt with as a hostile military target and will not be allowed to fly, and will be intercepted once its observed, and we will destroy it as soon as it violates our airspace,” the source added.

Putin, for his part, considered the hostilities of what he called “Jihadists” in the region as a source of concern for Moscow.

At the end of the conversation, the two Presidents agreed to strengthen bilateral talks on Idlib to reduce tension, reach a ceasefire and eliminate terrorist threats, according to the Kremlin’s statement.

In the same context, Dimitry Peskov said Friday that the possibility of holding a summit for Idlib is under discussion, although a clear decision is not made yet.

However, Erdogan told reporters that a quadripartite summit will be held in Istanbul on March 5, although he is still waiting for Putin’s confirmation.

He pointed out to the escalating military operations in Idlib, which target civilians and led to the displacement of more than 900,000 civilians, most of them are women and children.

“Despite the de-escalation agreement, we have witnessed hostilities by the Syrian regime backed by Russian airstrikes, and the suffering of the people in Syria must stop now,” he added.

Guterres continued by saying that 2,800,000 people in Syria are in urgent need for humanitarian aid, and he called on the donors to increase the aid by half billion dollars. 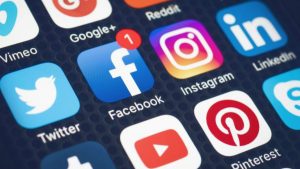