Mass Graves left by ISIS in Rakkah and Deir Ezour 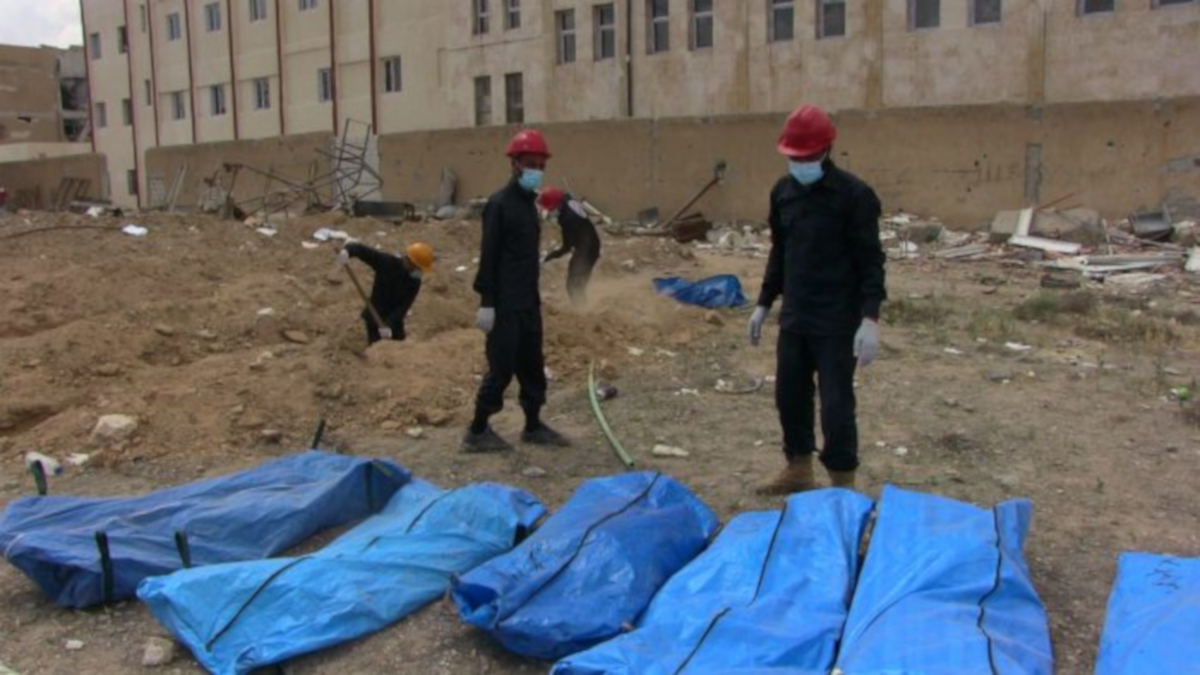 By: Follow-up and Monitoring Unit at MENA

Although life is gradually getting normal in Al Rakkah, East of Syria, Mass Graves have become the biggest event for people’s everyday life.

According to local resources, nearly every day, the local community discover a mass grave left by ISIS that contains remains of people killed in the battle for the city between ISIS and Syrian Democratic Forces (SDF), which were supported by the International Coalition air forces.

On October 20th 2017, SDF declared their full control of the city following the dismissal of ISIS forces from the city. This was announced on SDF formal website.

Human Rights Watch, a Non-Governmental Organization that is concerned with defending human rights based in New York, made a report made on 3rd of June 2018 in which it speaks about mass graves in areas formerly dominated by ISIS.

Brianca Mutamarthey, Head of Department of Emergency at HRW Attorney, says: ” There are at least nine mass graves with tens, if not hundreds, of dead bodies each. Taking these corps out is not an easy task.”

In its report, HRW says that having an unidentified number of mass graves in the city of Rakkah and suburbs that contain thousands of dead bodies still buried. This makes it very difficult for the Local Council of the city to undo these challenges. There are logistic difficulties represented in collecting data on the dead bodies discovered. This data has to be shared with families searching for their missing or dead members. Criminal evidences should be preserved for potential trials that will have an influence on transitional justice for Syria as a whole.

HRW refers to that fact that ISIS detained thousands of people during their control of the city between June 2014 and October 2017 when ground forces supported by US-led Coalition Forces restored the city. Families of the missing and detainees launched a campaign entitled ” Where are the Detainees of ISIS?”. Families of the detainees and the missing ask for the help of the International Coalition to identify the destiny and location of the missing and detainees. However, they haven’t got any response.

“Al Rakkah is Being Silently Slaughtered” is the name of a Facebook Account which focuses on news of the city. This Facebook Account, which documents news of the city stated that civilians of the city had found a big mass grave in Al Rasheed Stadium, middle of the city. This mass grave contains more than 300 decomposed corpses. These dead bodies were unearthed by the Local Authorities. Few other mass graves were also discovered near the Old Bridge and behind Al Jamiley Building inside the city. Some legal resources state that there are about 114 mass graves scattered throughout the city like in the yards of big or destroyed houses. All these have got buried dead bodies of civilians that haven’t been dug up yet.

“Reconstruction Committee of the Local Civil Council of Al Rakkah”, a Facebook Account, says that they appreciate the efforts of Primary Response Team to unearth dead bodies from mass grave being discovered. They inform families of the dead bodies about the location of their family members. This Facebook Account stated that during June and July 2018, many dead bodies were unearthed in the Nomadic headquarter, the area next to Al Taj Gallery and the neighborhoods of the Old Bridge and Al Ferdous Hospital.

Muhammed Al Saleh, the spokesman of “Rakkah is being silently slaughtered” said in a speech to Middle East and North Africa (MENA): ” As for the mass graves inside Al Rakkah City, there are tens of them. Most yards in the city encompass mass graves. For example, one of these graves were discovered in the playground of Al Rasheed High School around Al Rasheed Park, in 7 April Park, in the Nomadic District of the city, the Traffic Park and many other parts of the city, he added. Even roads’ lawns have got graves underneath. The garden of the National Hospital also encompasses a mass grave for martyrs who died during the military campaign against the city. In brief, mass graves are scattered everywhere in the city.

Following the escalation of air strikes onto the city, it became very difficult to take dead bodies to the main graveyards like Heteen and Al Baia’a to bury them although one of these is only 4 kilometers away from the city and the other is inside the city near Al Rmellah district. Civilians were unable to move even for 100 or 150 meters. People had to bury the dead in the nearest place whatsoever.
Mr. Saleh mentioned that the number of dead bodies exhumed was very big. In Al Rasheed Stadium 554 dead bodies were taken out. “3 months ago, the number of unearthed dead bodies mounted up to 1500 corpses and the number is likely to increase” He added. Washington Post speculated that the number of corpses of civilians might mount up to six thousand in Al Rakkah.

“Al Rakkah Is Being Silently Slaughtered” Facebook Account says that the Assad’s Regime unearthed few mass graves that encompass dead bodies of the Regime’s Forces in the Western Countryside of Al Rakkah. Those dead bodies were all killed by ISIS.

ISIS-held areas in Deir Ezour were not better than those of Al Rakkah in terms of mass graves, especially in Shua’itat Tribe area in the Eastern Countryside of Deir Ezour. Justice for Life Organization made a report in June 2018 in which it documented crimes of ISIS against Al Shua’itat Tribe areas. The report was titled: “They were killed as lesson for others”. This report documents executions without any trials and displacing civilians in Shua’itat villages by ISIS. The report depended on 14 testimonies, 7 testimonies in Deir Ezour, one in Idlib, 4 ones in Urfa – Turkey, and one in Gazi Entap. These testimonies were collected through field visits by researchers of “Justice for Life” one testimony was taken via Skype in Al Azegh Governorate in Turkey.

Jala Al Hamad, Manager of Justice for Life said in a speech to MENA: “During documentation done by Justice for Life following the departure of ISIS, we made a prolonged report entitled: ” They were killed as a lesson others”. The report speaks about massacres committed in 3 Shua’itat villages.

Jamal Al Hamad adds that the testimonies have been crosschecked and they talked about at least 10 mass graves encompassing tens of dead bodies from the three villages. The number of civilians killed in 2014 is few hundreds except few hundreds missing after being arrested in ISIS detention centers. No information is available about what happened to them thereafter. This applies to areas restored by Assad Regime’s forces and those restored by SDFs.”

Jamal Al Hamad continued saying that despite the huge number of detainees and the missing and based on testimonies of witnesses from Shua’itat villages, the question remains: where have the other dead bodies gone? He thinks that more mass graves are likely to be discovered in the future and that some mass graves might have been discovered but not reported yet.

In our report, we are talking only about the mass graves of Shua’itat. This report took us about 8 months to finish. During documentation, some witnesses told us that some unidentified corpses have not been recognized or might be from other areas and were killed by ISIS. It is very necessary to support local working committees and specialized personnel to unearth dead bodies, identify them and preserve the criminal evidences. This will help in documenting these dead persons.

Furat Post News Network also documented the discovery of some mass graves in Deir Ezour. These mass graves encompass many civilians, ISIS militants, some of the Regime’s forces and the Free Syrian Army rebels who were all killed by ISIS.

Spokesman of Furat Post News Network told MENA that 4 mass graves had been discovered in the Eastern Countryside of Deir Ezour. These mass graves encompass more than 150 executed civilians. ISIS killed them in different ways by ISIS following its dominance of the city and displacing of Shua’itat tribe end of 2014. Another mass grave was also discovered to be encompassing members of ISIS itself. This happened end of 2017. These mass graves encompass more than 400 dead bodies who were probably killed by ISIS while they were trying to flee the area. Another mass grave was discovered beginning of 2016. This mass grave encompasses 40 dead bodies that belong to Assad’s Forces who were executed in the Eastern Countryside of Deir Ezour.

News networks and documentation entities that are concerned with conveying news about the Eastern part of Syria warn of the danger of these mass graves that have not been discovered yet in the areas formerly governed by ISIS whether in Al Rakkah or any other area as smell of the dead bodies have started to spread especially in hot weather of Summer.

Muhammed Al Saleh, spokesman of “Al Rakkah is Being Silently Slaughtered” says that the danger of dead bodies spreading in the area is a real problem. Four months ago, the air in Al Rakkah was contaminated because of the smell of decomposed corpses. He expects about 1000 dead bodies to be still buried under the debris of the destroyed city. Nobody knows how many and who is under these rubbles.

Muhammed Al Saleh adds that smell of the corpses is clear especially in the middle of the day. He warns of risky effects on public health and the spread of insects. It is a horrible situation as he describes. There must be some kind of intervention by International Organizations to speed up the pace of unearthing these corpses and bury them. Heath authorities and actors should respond to mitigate the risks of potential infections that might result from these dead bodies.

Human Rights Watch demanded the United States of America and other international entities to support local committees in formerly ISIS-held areas to continue their efforts to identify these mass graves and offer technical help to document criminal evidences and identify the identity of these dead bodies.

Social Diversity and its Effects on the Political Situation

Women Fighters, a Restoration of Power, or Another Kind of Capitulation 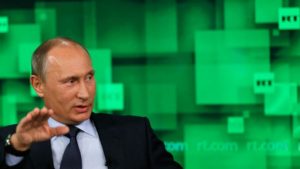