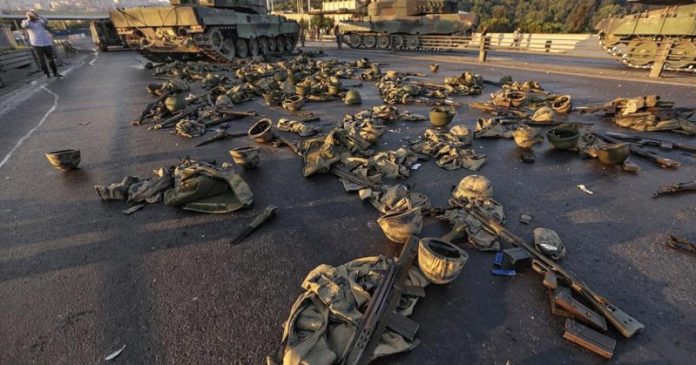 When Turkish President Tayyip Erdogan announced his withdrawal from the Istanbul Convention of the Council of Europe for the Protection of Women against Violence two weeks ago, he kicked off a stone that got more rolling than just the discussion of women’s rights in Turkey and the country’s relationship with Europe. Parliament speaker Mustafa Sentop said Erdogan could also withdraw from the Montreux Convention and the European Convention on Human Rights.

When Sentop specified that this was not intended, but possible at any time, the porcelain was already smashed and the discussion had speeded-up. 126 retired ambassadors were the first to speak out in an open letter against not adhering to the 1936 Montreux Convention. It had given Turkey back full sovereignty over the straits of the Bosporus and the Dardanelles, and it guarantees free shipping through them. The Convention and the 1923 Treaty of Lausanne, which set the borders of the new republic, are considered the founding documents of the Turkish Republic.

Just as Erdogan violates the spirit of Lausanne, AKP leaders have repeatedly questioned the Montreux Convention. They bump into the fact that the passage of a ship through the straits does not include any fees. They are hoping for this from the planned megaproject “Canal Istanbul”, a waterway parallel to the Bosporus, the construction of which many would also earn well. However, Turkey could not force anyone not to use the toll-free Bosporus, but to switch to the toll channel.

The debate on the Montreux Convention came to a head on Sunday. The Turkish leadership did not respond to the letter from the retired ambassadors. However, it reacted with unexpected sharpness to an open letter from 103 retired admirals, leaked to the secular and nationalist media network Veryansin. It said that the signatories were concerned about the discussion on the possibility of withdrawing from the Montreux Convention.

The open letter went beyond that of the diplomats, the signatories also warned not to leave Ataturk’s path and not to give up secularism as the founding principle of the republic. They combined this with criticism of an active rear admiral’s visit to a meeting of an Islamic order. That must have been a thorn in the side of the retired professional soldiers because these religious orders have recently gained influence.

Parliament speaker Sentop then spoke up again. Expressing one’s opinion is one thing, he said. Something else is a statement that reminds of a coup. Presumably he had in mind the declaration of February 28, 1997 by the then still strong military, which led to the overthrow of the Islamist Prime Minister Necmettin Erbakan. The tone was thus set. Almost five years after the failed coup attempt on July 15, 2016, Turkey has a new coup debate.

The Turkish leadership claims that the 103 signatories are acting on behalf of the Gülen movement, which holds them responsible for the attempted coup. However, this is contradicted by the fact that most of the signatories in the so-called Ergenekon and Balyoz trials from 2011 to 2013 were sentenced to long prison terms – by judges who were close to Gülen. After the Gülen movement began to be persecuted, they were rehabilitated. In addition, most of them supported the government’s policy in the Eastern Mediterranean.

On Monday, the Ankara public prosecutor issued arrest warrants against 14 signatories for a “conspiracy against the security of the state and the constitutional order”, ten have already been arrested. President Erdogan sharply criticized the admirals’ statement on Monday. Such an action at night was “sneaky” and unacceptable, he said. Opposition leader Kemal Kilicdaroglu (CHP) had previously stated that the government was creating an “artificial agenda” to distract attention from the depressing economic situation.