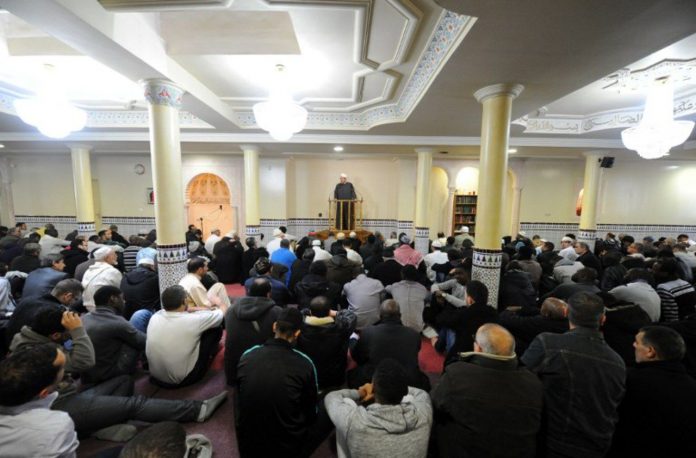 It’s Friday noon and the Bordeaux mosque is filling up. A folder helps the men find a place to roll out their prayer rug. A camera is there – the Friday prayer is broadcast directly online. The imam of the Bordeaux mosque had this idea long before the coronavirus shifted large parts of life to digital. He has a YouTube channel and a website because as a theologian he wants to be present where it is easy to get lost: In the jumble of online Islam, in which self-declared preachers with radical opinions cry for attention.

He says that it is most dangerous when people have no doubts. He doesn’t want to give the people in his community any rules, but “make them think”, as he says. He always gives his sermons first in Arabic, then in French, and as many as possible should understand him.

France is again arguing violently over Islam this winter. The murder of teacher Samuel Paty by an 18-year-old fanatic has reopened the wounds that Islamist terror has left in the country. A new law is being discussed to prevent the emergence of parallel societies. In all the excitement, the Bordeaux Mosque actually feels like a parallel society, in a good sense. A parallel society in which the radical black and white of the French Islam debate is missing.

Men of all ages kneel in the front rows of the mosque, while women sit in the back and begin a picnic after the sermon. The women wear headscarves. The imam thinks the piece of cloth is “completely overrated by many Muslims,” ​​he doesn’t care whether the women wear it in his mosque or not. His books can be bought in the mosque’s library. They are called “Call to Reconciliation”, “What You Did Not Know About Islam. Responding to the Prejudices of Muslims and Non-Muslims” and “The Feminist and the Imam”. Every book cover has a large photo of the imam, the French know his face from TV talk shows. He is one of the most famous imams in France – and one of the most controversial. Rightists do not trust him because as a young man he held Salafist views and even considered joining the Taliban in Afghanistan. Conservative Muslims get upset with him for making fun of their pious lifestyle today. His name is Tareq Oubrou.

When President Emmanuel Macron gave his first major speech on Islam in France last October, he called for an “Islam of the Enlightenment”, an Islam that suits France. If you listen to Oubrou, it’s not entirely clear why Macron speaks, as if this Islam does not yet exist. What should French Islam be like if not like Oubrou? Liberal, but with a history of solid misjudgments. Open, but eager to fight. At home in France, but immigrated from the former colonies.

When France speaks about Islam, everything is usually discussed at the same time. Terror, immigration, marginalization, the burden of the crimes of colonialism, the identity of the republic. The debates follow deeply indented lines. The Right stylizes Islam as a threat that must be contained. The Left concentrates on the discrimination against Muslims and on the failed integration policy. In his Islam speech in October, Macron mixed the lines of argument from both camps. On the one hand, Macron said one should “not be naive”. There is “a radical Islamism in France that has the declared aim of creating parallel structures and ultimately taking control”. At the same time, Macron said that Islamist beliefs flourished where the state failed. “We created separatism ourselves,” said Macron, “the republic has not kept its promises.”

Little was left of this balance. In the National Assembly, MPs are discussing an anti-Islamism law, which is now known as the “Law to Strengthen Republican Principles”. The text focuses on repression and restrictions. And the MPs are discussing, once again, the headscarf. At the same time, all Islamic associations are to sign a basic charter which contains the “unambiguous commitment to the basic constitutional principles”.

After the sermon, Tareq Oubrou takes off his cap and cloak and goes to his office. He calls his mosque “a laboratory”, a place where he has been testing for 20 years where Islam could develop in France. “A lot of our problems would be solved if we break faith from culture again. If we talk about God, not about Halal seals,” says Oubrou. Most of the people who come to him for prayer have their roots in North or West Africa, he himself comes from Morocco. “These people feel inwardly strange in France. And I want to take this complex away from them. Their God has no origin, their God belongs to everyone.”

The imam is someone fighting on all fronts. He is upset about the country’s Muslim associations, which have been chosen by the French state as the main contacts and which are strictly sorted according to the countries of origin of their members. “They don’t have any support from the population!” He complains about the “intellectual laziness” of some Muslims, who “define their identity only in contrast to a cliché image of the French”. He is mad at media that “never report positive things about Muslims”. He does not want to sign the newly devised charter. “What is that supposed to mean? It says that I should obey the laws. It is clear that they apply to me! I am a French citizen!”

For Oubrou, the charter is “a monster that arose because the state is under so much pressure”. After every terrorist attack, Oubrou gives interviews in which he sharply condemns the acts – and talks about how the deep crisis in the Islamic world makes violence possible. And how a reflection on the peaceful core of religion can help. His audience are non-Muslims and Muslims. He argues against the fanatics – and he sees that it is not enough. “Politicians need an Islamic law to calm society down,” says Oubrou. He understands the fear the terror caused. He himself is on Islamists’ death lists. The only question is whether the political pressure will ease the tension within the Muslim communities or rather increase it.

Former environment minister and La République en Marche MP, François de Rugy, one of the people behind the new Islamism law, stated: “This is not a revolutionary text, it is not revolutionizing secularism.” In fact, the law causes the most trouble because it interferes not only with the organizational structures of Muslims, but also with those of other religions. Officially, it is not supposed to fight Islamism, but rather to make any form of religious separatism impossible. But this threatens to affect the strict separation of state and religion, of which France is so proud.

The growing number of Muslims in France has “shifted tectonic plates,” says Oubrou. “The French thought that the dispute over secularism was behind them. And now we Muslims come. A religion that only a minority belongs to and that still wants to be visible.” In Oubrou’s perception, the most irreconcilable debates do not revolve around religion, but around a phantom. In the past, people were afraid of communism, today they are afraid of “Islam”. What works against fear? Oubrou takes a deep breath and lowers his hands: come to rest. Sometimes he has to remind himself of it.