The Taliban movement has recently escalated its attacks in Afghanistan, and according to an Iranian activist, calling himself Mohamed Hidayati, the movement is likely to have received an intelligence support from Iran, allowing it to conduct more attacks lately.

During the past two months, the extremist movement claimed responsibility for several attacks that targeted electoral centers and security stations, although it has signed a ceasefire agreement with the United States.

In his statement to MENA Research and Study Center, the activist is linking Taliban’s recent activities to the agreement signed with the US in Doha a few months ago. The agreement would greatly benefit the Iranian regime, as implementing the agreement means the withdrawal of US and coalition troops from Afghanistan, while promote Iran to push more for implementing the.

Last March, the US army started to withdraw from Afghanistan, implementing the peace agreement that states the reduction of US troops to 8600 soldiers within 135 days.

The US withdrawal means that Taliban could return to power. In this context, Hidayati says: “This scenario might be a dream for Iran, especially that all the Iranian interests in the region depends on enhancing the no-state situation or the militia government, similar to the situation in Lebanon, Yemen and Iraq. There, the power is in the hand of governments and organizations that does not recognize the international resolutions, and are more likely to break sanctions and blockade imposed on Iran.

Hidayati says that increasing Taliban’s attacks and military operations might force the Afghan government to accept all the terms of the agreements. He is also pointing out that empowering the Taliban movement in Afghanistan and keeping the no-state situation in Afghanistan represents a great benefit for Iran, it will take advantage of the borders insecurity.

Peace from the War Gate

Pier Mohamed Malazhi, a strategic researcher, says that Iran is trying to send a warning of ignoring it in the peace talks, stressing that the relation between Iran and Taliban is not new, the new is revealing it.

The Secretary of the Iranian National Security Council, Ali Shamkhani, revealed during his visit to Afghanistan in 2018, that talks are carried out between his country and the Taliban.

One of the Iranian government motives to play the card of al-Qaeda and Taliban, might be gaining strategic benefit, the journalist Hassan Fahs says, noting that this card could be considered as a great treasure for the Iranian regime who used it to enhance Taliban influence in the region, benefiting of the state of hostility between Taliban on the one hand and Washington and the countries of the region on the other hand.

In this context, the activist Hidayati explains that Iran would supports al-Qaeda and Taliban in attempt to hold negotiations with the US and conclude deals with it or with the region’s countries.

The activist indicates that the Iranian regime would be aware of the fact that it is rejected internationally and that it has no other way to enter the international society than through closed rooms, by compromising the support of extremist organizations.

In the year 2018, UK’s “The Times“ newspaper quoted a Pakistani official, confirming that hundreds of elite Taliban fighters would have received training in Iran, and that they would be trained trained for the aim of attacking the interests of the United States and NATO in Afghanistan.

When the US entered Afghanistan, the Iranians has three choices only, the first neutrality, the second supporting the National Islamic Front for Liberating Afghanistan, which means an indirect support for the war against Taliban, the third supporting Taliban after solving the issues stuck since the conflict between the Sunni Taliban and the Shiite Iran.

Iran was obliged to choose between the bad and the worse, political analyst Mahsi Butamzin says.

Although Iran was fighting the Taliban during the war, it would attempt to combat the US presence by supporting the movement. For this reason, Iran had opened its borders for the al-Qaeda fighters to cross into Iraq and hosted Mujahideen families, such as the family of Osama bin Laden.

Who is ISIS-Khorasan that is Fighting Taliban and Americans? 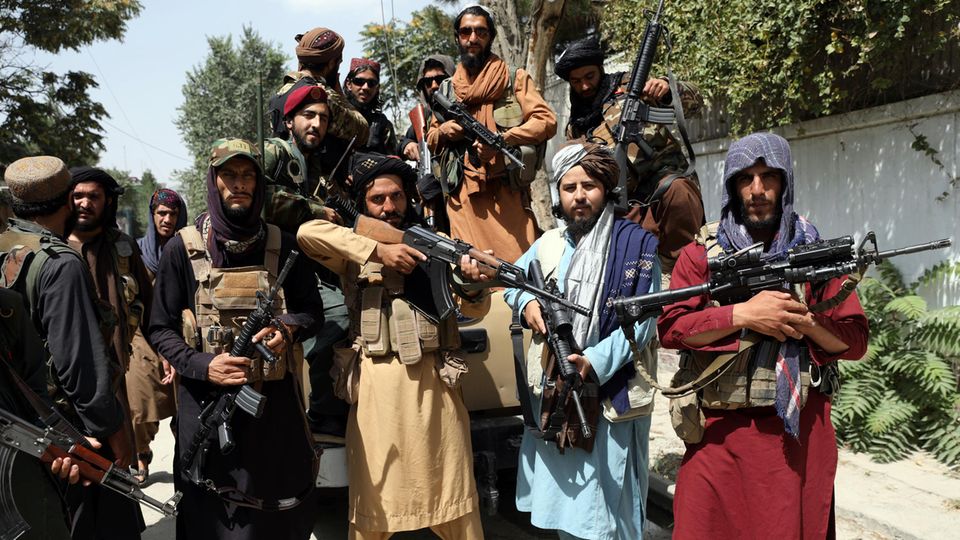 Afghanistan’s new rulers and the business