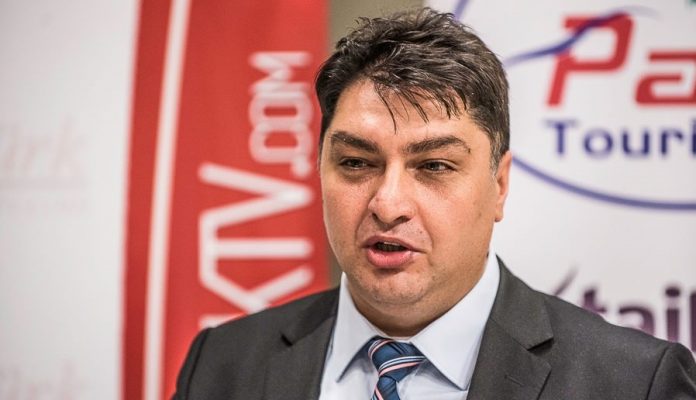 Veysel Filiz, AKP / MHP lobbyist and press officer of the Turkish embassy in Brussels, been identified for espionage, was arrested on entering the EU with one hundred kilograms of heroin in his luggage at the end of December last year.

The discovery of a hundred kilograms of heroin in the luggage of a Turkish citizen means much more than a blow to the drug mafia. Obviously, the Turkish customs initially did not know who the arrested person was. Veysel Filiz had been lobbying for the Erdoğan regime in Europe for years and appeared on AKP-MHP channels time and again as a “foreign policy expert”. In 2014, the Turkish President Recep Tayyip Erdoğan (AKP) appointed him press officer at the Turkish embassy in Brussels.

Spy for the Turkish regime

His unofficial task was to collect information about opponents of the Erdoğan regime in Europe, especially about Kurds, and to report this to Ankara. In 2017, the Belgian police discovered that Filiz was threatening opposition members living in Europe from fake accounts. A preliminary investigation was initiated against him and he was summoned to testify. This led to a political crisis between Ankara and Brussels. Filiz was declared an “undesirable person” in Belgium and he withdrew to Turkey. Even after his return to Turkey, he did not interrupt his contacts in Europe and in particular organized the AKP and MHP-affiliated nationalist scene in Europe. Filiz also had close ties to the drug mafia. Apparently he systematically smuggled heroin into Europe. Last December, the Turkish agent was accidentally caught at the Bulgarian border with a hundred kilograms of heroin worth five million euros. The incident only now came to light as everything The Turkish authorities immediately issued an order of confidentiality and instead of the success story of similar drug discoveries, the Turkish customs authorities remained silent. Filiz was arrested. His son Fatih Filiz speaks of a “plot” against his father and that he will be released soon.

In Europe, Filiz acted as spokesman for the European Islamic Association EMISCO (European Muslim Initiative for Social Cohesion) and did lobby work in this context. His name last appeared on the badly maintained association’s website on March 29, 2020, when he stood up for the preacher Ahmet Mete, who was convicted of anti-Semitic agitation and praise for Hitler. At the end of October, Filiz’s Facebook page was advertised for lectures denouncing the “Islamophobia of the Macron government”. In line with the Turkish government, the association called for a boycott of France.

The swamp of secret service, drug mafia and fascists

The Gray Wolves and Turkish fascism in general have a historical connection to organized crime. Since the 1970s, drug smuggling by the various Turkish regimes to Europe has been well documented time and again. In particular, the extrajudicial activities of nationalists and agent networks are often financed from drug money.