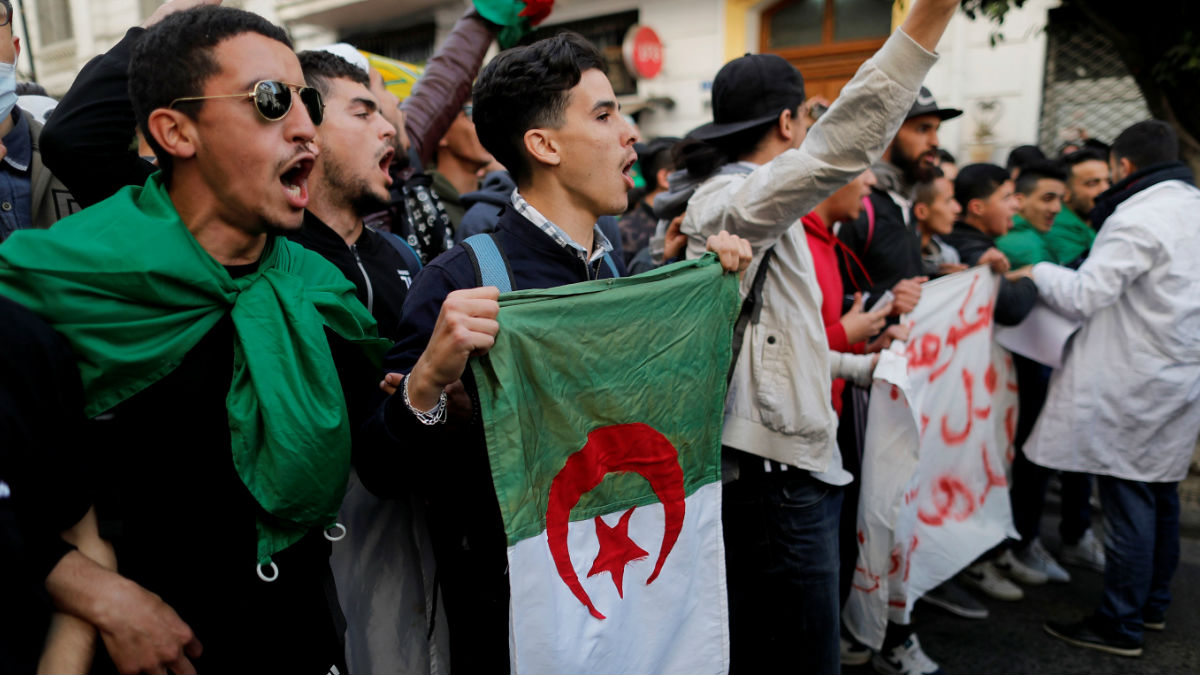 Rumors are circulated in Algeria about the former regime being reproduced through the current President Abdelmajid Tebboune, who served in deifferent positions during the reign of former President Abul Aziz Butaflika.

However, some signs indicate a conflict between the President and several generals of the Algerian army, seen by many Algerians as the actual rulers of the country since independence from France.

The Spanish newspaper Atalayar wrote that the conflict manifested with the decision of the Algerian President for establishing an “Algerian Agency for International Cooperation”, which aimed at two basic things: The first is grabbing the control of foreign policy from the army and intelligence services, while the second is creating a proper atmosphere to render the Western Sahara issue and the strategic political crisis that the Maghreb region suffers from, a prerogative of the President, according to the newspaper.

The newspaper added that the President did not have any power or authority in the military field, including defending the borders, troops’ deployment and military balances in the region, mainly between Algeria and Morocco, although holding the position of Supreme Commander of the Armed Forces and Minister of Defense under the Algerian constitution.

But this situation will no longer be the same with the formation of the new institution, the main task of which is providing the President with a detailed political and strategic report on the Saharan conflict and its future scenarios.

After taking the constitutional oath, Taboune called for closing the chapter of disputes, affirming his commitment to reaching out to all for achieving the demands of the citizens movement.

The announcement of Taboune’s winning was met by popular demonstrations against the “rigged elections.”

“We all have to turn the page of disputes, dispersal and division. These are the factors of demolition,” said Taboune in a speech after he was sworn in.

“Nothing makes any of us better than the other except for the sincere work he provides to Algeria,” the President clarified.

“We are all obligated and have no other choice but going hand in hand, in order to realize the dream of building a new, strong, stable and prosperous Algerian republic,” he stressed.

Meanwhile, the command of the military establishment in Algeria confirmed that there is high level of harmony and trust between the army and Taboune, since he assumed power last December. This came in the editorial of April’s issue of the Army Magazine, the mouthpiece of the country’s military institution.

“Since his election, Mr. Abdulmajid Taboune has demonstrated his absolute confidence in the People’s National Armed Forces, where he stressed in different occasions on the role of the National Armed Forces in preserving the state institutions and thwarting attempts to undermine the country,” the magazine added.

As for choosing Colonel Shafik Mesbah to head the fledgling institution, the magazine sees that this step has two readings:

Mesbah has a military background and was an elite officer of the Secret Intelligence during the reign of former President Houari Boumediene. Additionally, Mesbah was a sharp critic of the former regime that ruled Algeria for twenty years through the alliance between Abdelaziz Bouteflika and General Tawfiq Median.

Apart from his military background, Mesbah had an extensive university training, academic degree, he is multilingual, and enjoys great experience in economics, sociology and political science, the newspaper pointed out.

According to observers, the power strife between the president and army generals may greatly serve Taboune in burnishing his image in the Algerian street that calls for a civilian rule away from the power of the army and military leaders, who are accused of mismanaging the country. It will also help the President bypassing the popular opposition by separating himself from the military’s power and fostering his image as a civilian head of state.