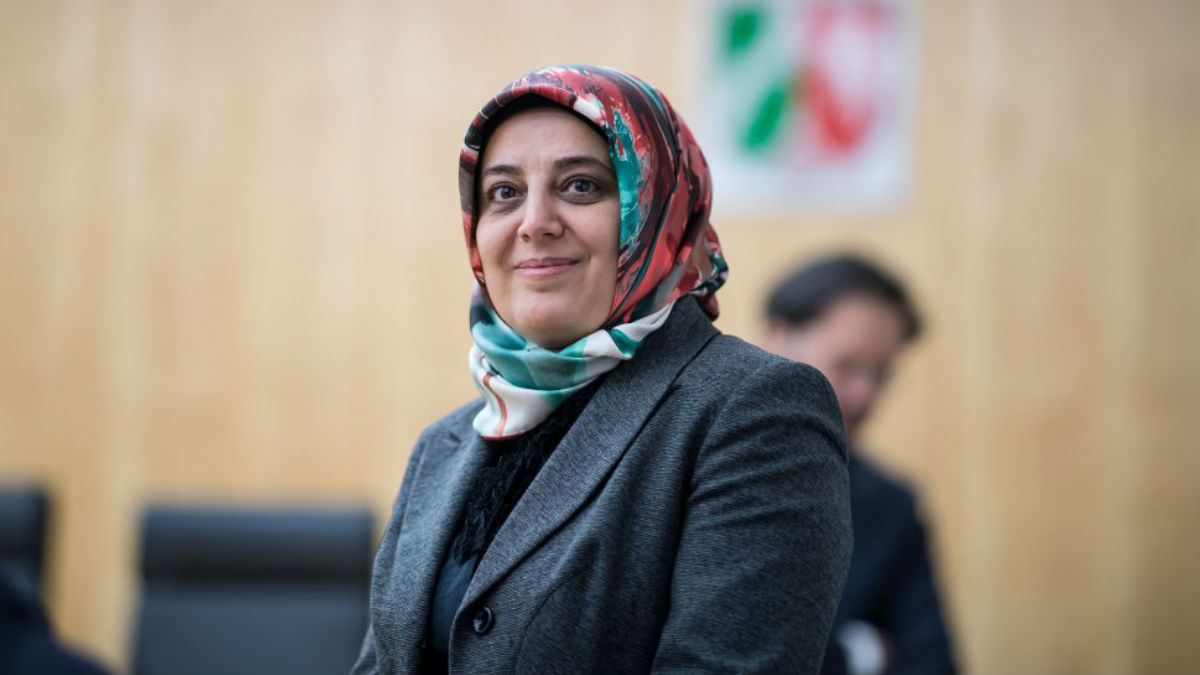 With Nurhan Soykan, the German Foreign Ministry has appointed a Muslim association official to the “Religion and Foreign Policy” department, defending anti-Semitic Al-Quds marches and also represents Islamists in her position as Secretary General of the Central Council of Muslims.

The Foreign Ministry in Berlin has been criticized for the appointment of the new adviser from coalition and opposition parties. “It is highly outrageous that the representative of an association, which has numerous fascists among its members, is ennobled by the federal government to become a consultant,” said Ulla Jelpke, spokeswoman for the political group on the left in the Left.

“In my understanding, however, the corresponding representatives of Christianity, Islam and Judaism in the Foreign Ministry should be real bridge builders and not split,” said Müller-Rosentritt, who is a MP of the German Liberals, member of the Bundestag’s Foreign Affairs Committee. Soykan’s designation is “insensitive” from a political perspective, since it is close to the not unproblematic member associations of the Central Council.

“The Federal Foreign Ministry will not assume that the majority of Muslims in Germany feel represented by fundamentalist groups like Atib?” He asks. It would have been better to involve a “neutral, recognized Muslim personality from civil society”.

But who does Soykan actually represent? It has long been known that the German Central Council of Muslims (ZMD), led by Aiman ​​A. Mazyek, includes numerous associations that clearly represent foreign powers or that belong to the radical right-wing or radical Islamist spectrum.

This includes the “German Muslim Community” (DMG), an offshoot of the fundamentalist Egyptian Muslim Brotherhood, its membership is currently suspended. Other associations are in direct contact with the nationalist “Gray Wolves” or act as agencies of the Iranian Mullah regime, such as the “Islamic Center Hamburg” (IZH).

“An organization that tolerates anti-constitutional forces in its ranks cannot be partners of our state, and its top officials cannot serve our state either,” says Christoph de Vries (CDU), rapporteur for religious communities of the Conservative’s parliamentary group.

As the umbrella organization, the ZMD always affirms its loyalty to the constitution, the acceptance of the basic values ​​applicable in Germany and its commitment to tolerance, but given the obviously manifestly hostile and unconstitutional ideology prevailing in a number of member associations, these seem to be only lip service. And Nurhan Soykan, as a senior official, is directly responsible for this.

This also applies to the KRM Coordination Council, for which Soykan acted as spokeswoman until spring. The umbrella organization DITIB, which claims to represent over 800,000 Muslims in over 900 mosque associations, is particularly important there. DITIB is directly subordinate to that of the Turkish Religious Authority, which is part of the power apparatus of the Turkish President Recep Tayip Erdogan.

This authority also selects and pays the imams and other employees. Around 90 percent of the religious officials in the mosque speak little or no German. After the failed coup attempt in Turkey back in 2016, many were instructed to spy on parishioners and to denounce supporters of Erdogan’s exile adversary Fethullah Gülen.

There are also countless reports of radical sermons praising martyrdom, propagating Sharia law, and rejecting any integration into German society. The “Islamic Community Milli Görüs” (IGMG) is closely interwoven with DITIB, which is openly in favor of an Islamic world order and the establishment of a “Greater Turkey” with military means.

Another event relates to the “Al Quds Day” for the “liberation” of Jerusalem, which was declared worldwide by the Iranian regime, used repeatedly in Germany for anti-Semitic hate marches with open calls for murder and terror.

Shortly before the Al-Quds march in July 2014, Soykan warned on “Deutschlandfunk” to be more “moderate” and “more caring” when demanding the extermination of all Jews during Al-Quds Day. However, opponents of Israeli politics “who want to show their anger sometimes” must be given the opportunity “to clear the way of the demonstration”.