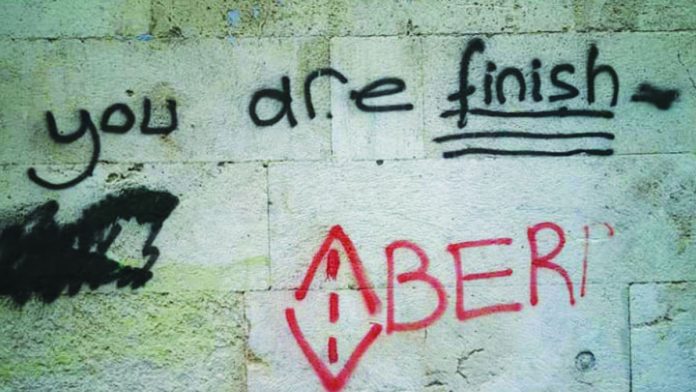 Clashes between Armenia and Azerbaijan in the southern Caucasus have triggered a new wave of anti-Armenian sentiment in Turkey, exploited and fueled by ultranationalist elements, and has increased the pressure on its Armenian citizens.

Yetvart Danzikyan, editor-in-chief of the Agos newspaper, published in both Turkish and Armenian, told The National that the conflict had roused nationalist feelings in Turkey that were raising concerns in the Armenian community. “Whether it’s Karabakh or a decision taken by the US legislature on [recognizing] the Armenian genocide, unfortunately, Turkish-Armenians feel that the spotlight is suddenly turning on them, and of course it creates anxiety among them,” Danzikyan said.

Armenian-Turkish lawmaker Garo Paylan from the pro-Kurdish Peoples’ Democratic Party (HDP) was targeted on Friday in newspaper ads published by the nationalist Center for Eurasian Strategic Studies (ASAM) think tank for comments he made about the ongoing clashes between Azerbaijan and Armenia, the Stockholm Center for Freedom (SCF) reported.

The ads claimed that Paylan “shamelessly blamed Azerbaijan and Turkey and openly backed Armenia.” Describing the lawmaker’s words as “evidence of unacceptable treason,” ASAM called on the “independent judiciary” and the Turkish parliament to take “the necessary steps” about Paylan.

ASAM’s ad said the Turkish nation would “never forgive those who try to create false perceptions against the Turkish government by spreading the ‘it is claimed that Turkey is sending arms and jihadist militants to fight in Azerbaijan’ narrative.”

ASAM was founded by Ümit Özdağ, a deputy from the ultranationalist Good (IYI) Party from southern Gaziantep province, who is known for his anti-Syrian campaign aiming to send Syrian refugees back home. Syrians had to flee their country due to its nine-year civil war.

Following demonstrations in front of the Armenian Patriarchate in İstanbul, Paylan had warned the Turkish authorities against hate speech and crimes amid the recent clashes between Azerbaijan-Armenia over the disputed region of Nagorno-Karabakh.

A group of Turks and Azeris were allowed to stage the protests in front of the Armenian Patriarchate in Istanbul on September 27, following the outbreak of conflict between Armenia and Azerbaijan. Protesters waved Azerbaijani and Turkish flags and chanted slogans in a convoy of cars on the patriarchate’s street in Istanbul’s Kumkapı neighborhood.

The Istanbul governor has attracted fire from critics as he failed to exercise his power to prevent such a risky and provocative protest, Turkish Minute reported.

At the end of a state of emergency in July 2018, Turkey’s governors were granted the authority to implement emergency measures for three years. The governors have frequently used their new powers to restrict and disperse opposition meetings and demonstrations in the country.

Ömer Faruk Gergerlioğlu, an HDP deputy and human rights activist, also questioned the approval for the demonstration granted by Turkish authorities, asking whether the Justice and Development Party (AKP) government was planning for “new September 6-7 incidents.” The lawmaker was referring to the 1955 İstanbul pogrom against minorities, including Greeks, Armenians and Jews.

Several attacks have targeted the Armenian community in Istanbul this year. In May a man had attempted to set fire to the gate of the Dznunt Surp Asdvadzadzni Church in İstanbul’s Bakırköy district. Three weeks later, a crucifix from the gate of the Armenian Surp Krikor Lusaroviç Church in the Kuzguncuk district, on the Asian side of Istanbul, was ripped down. A threatening letter was also sent to the Hrant Dink Foundation, which was established in 2007 following the assassination of Hrant Dink, the founder of the Agos weekly.

In August some of the graves in the Armenian cemetery of either the Surp Pırgiç or Karasun Manug church foundation in the Sincan district of Ankara were desecrated, SCF reported.

A hate-speech report by the Hrant Dink Foundation, titled “Hate Speech and Discriminatory Discourse in Media 2019 Report,” revealed that Armenians, Syrian refugees and Greeks were at the top of the list of groups targeted with hate speech by the Turkish media in 2019. By monitoring the media, the report aims to detect intolerant discourse and strengthen social solidarity.

According to the report, Armenians were the most targeted group in 2019 with 803 hate speech items. They have been portrayed as enemies and associated with violence, terrorism and massacres in the context of the Armenia-Azerbaijan conflict. 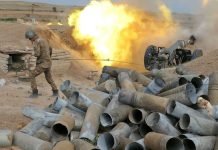 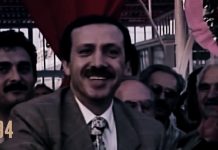 After the terrorist murder on teacher: France wants to deport 231 alleged Islamists

The Muslim Brotherhood is moving its HQs from Egypt to Europe 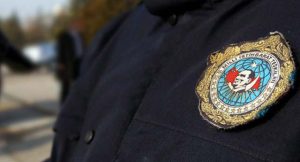 Michael Laubsch - 2020-10-29
Introduction For years, politicians, experts and journalists have been observing more and more actions by the Turkish secret service MIT in Germany and Austria. The focus...

MENA Research and Studies Center - 2020-10-28
It seems that the Muslim Brotherhood organization (MB) is doomed to be scattered and split. The MB in Libya is suffering the same problems... 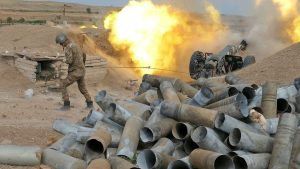 Martin Bitschnau - 2020-10-27
The author is a publicist and human rights activist. He is the editor of “Armenia: Taboo and Trauma” and is considered to be the...

MENA Research and Studies Center - 2020-10-23
A majority of French Muslims do not support the right to blasphemy. For the young in particular, Islam is more important than EU values,...