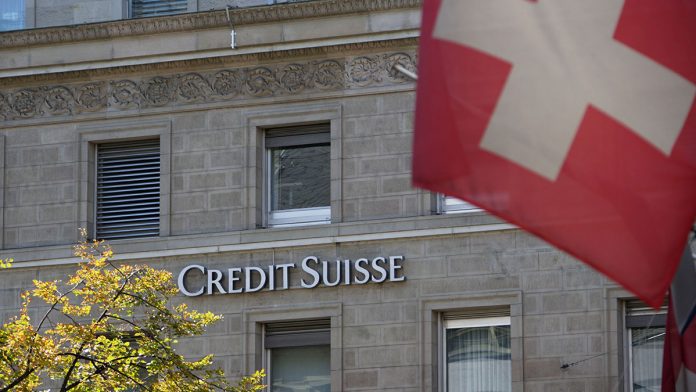 Until now, Swiss bank accounts have been a closely guarded secret. But now an anonymous source has leaked a huge treasure trove of data from Credit Suisse to the European media – with the Munich “Süddeutsche Zeitung” in the lead. For the first time it can be shown how kleptocrats, autocrats and criminals stashed their money there.

The bank’s internal records show that for decades and across the globe, Credit Suisse gave brutal rulers, corrupt politicians, war criminals and other criminals access to opaque Swiss accounts – where they could safely park their illegitimate wealth.

The bank would have been obliged to apply “special duties of care” to such customers, as stipulated in the Money Laundering Act created in 1997. Apparently, Credit Suisse has not always complied with this.

The documents also show that the connections between MENA cliques of rulers in Switzerland were even closer than expected. And that also applies to the connections to Credit Suisse.

Over the years, the sons of Egypt’s ruler Hosni Mubarak, the then Algerian President Abdelaziz Bouteflika, the late Sultan of Oman, the King of Jordan as well as torture generals, secret service chiefs and many more rich and powerful from the Middle East accounts maintained.

Every year, $60 billion flows out of MENA through dark channels

For decades, the Middle East has been notorious for corruption and nepotism. According to estimates by the United Nations, every year the equivalent of more than $60 billion flow out of the region through dark channels: smuggled out and embezzled by corrupt elites, criminal entrepreneurs and their allied autocrats.

There were also amazing sums in those Swiss accounts: Ali Salim al-Baidh, the former Vice President of Yemen, one of the poorest countries in the world, had more than seven million francs there at times between 2007 and 2013.

In 2003, the former Syrian Vice President Abdel Halim Khaddam had assets worth almost 90 million francs in his account – this sum cannot be explained with his official salary.

Heads of state and government, autocrats and dictators, ministers and heads of the secret service are considered particularly risky bank customers. Laws to prevent money laundering stipulate that banks must take a particularly close look at such people and ask: Where is the money coming from? Is there a legitimate explanation for this? How can the origin be proven? If there is no answer or it is implausible, this must be reported to the authorities. At least that’s the theory.

Credit Suisse says it “cannot comment on allegations made about individuals, whether clients or not” because it has “a strict duty of confidentiality and due diligence to its clients.” However, many accounts have now been closed.

The bank has also “implemented a number of significant measures in line with financial reforms in Switzerland in recent years, including extensive investments specifically in the area of compliance and the fight against financial crime”.

The number of reports of suspicious money transactions by account holders from the Middle East skyrocketed – as if corruption in the Middle East had only started with the Arab Spring.

In the case of the family and friends of the Egyptian autocrat Mubarak, for example, around 700 million francs were initially blocked, but around 300 million were soon released again, and around 400 million are still being disputed in court to this day. Often the countries of origin simply do not have the resources to trace the money flows and to prove them in a court of law. The basic problem is anyway, “that the funds were accepted at all,” says an expert.

This is also the case with Jordanian Samir Rifai. According to the Suisse Secrets data, he was able to open accounts with Credit Suisse or a bank it later took over in May and August 2011 and deposit several million francs.

Rifai, who denies wrongdoing, was Prime Minister of the Kingdom of Jordan until shortly before the account was opened. King Abdullah II, who himself had several accounts with Credit Suisse, removed him from office in February 2011. Angry demonstrators had previously demanded Rifai’s resignation – because of alleged corruption.