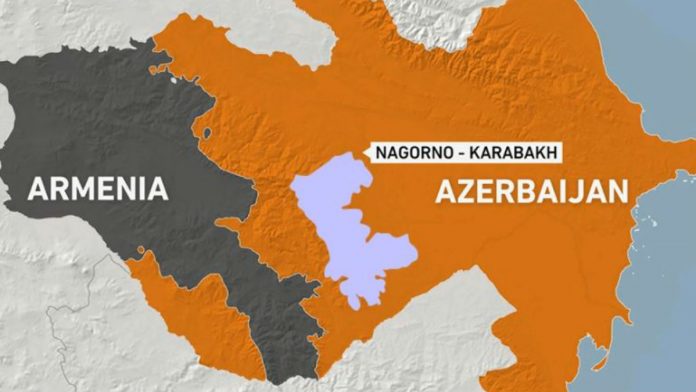 Armenia raises appropriate allegations to Turkey, Azerbaijan rejects them. Armenia has accused Turkey to interfere with the conflict in the region of Nagorno Karabakh.

Interfax Agency quoted the Armenian Ambassador in Russia with the words that Turkey sent around 4,000 fighters from North Syria to Azerbaijan. Ria Agency reported that the ambassador said that the fighters would be used for supporting Azeri military in the conflict that broke out last weekend. Azerbaijan rejected the allegations. Meanwhile, Turkish President Recep Tayyip Erdogan called on Armenia to withdraw from the struggle region. “It is now time to end the crisis in the region that has begun to occupy Karabakh. The region will find peace once again when Armenia leaves Azerbaijan soil“, he said in Istanbul. Turkey is “with all the means and all the heart” with Azerbaijan.

Armenia and Azerbaijan had continued their fights for Nagorno Karabakh on Sunday, the most serious battles between the two countries since 2016.