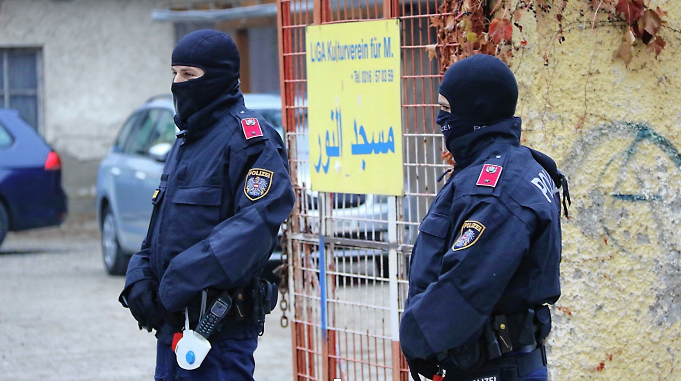 For a long time it was quiet concerning house searches by the authorities against alleged members of the Muslim Brotherhood, which took place a week after the terrorist attack in Vienna last November. As reported earlier, critics said that those actions by the Austrian security services were only made up for political PR reasons by the government, distracting from obvious mistakes they made regarding the terror attack.

Today, the Higher Regional Court of Graz has made a decision. Accordingly, the house searches of nine suspects in the case are said to be unlawful. The individuals had lodged a complaint against the coercive measures and they were right: According to the court, the suspicions against the victims were insufficient to carry out such searches.

The court also found in relation to some of the accused that their cash had been wrongly confiscated; in the case of one of the suspects, this also applies to other valuables such as jewelry. In the case of a suspect in the case, the violent opening of the apartment door by the executive also violated the law.

For a suspect’s lawyer, it is a gratifying decision, but not entirely unexpected in view of the circumstances. The judiciary is increasingly proving to be a bulwark against a government policy that is deficient in the rule of law.

For him it was recently established by decision that access to the files should not have been refused in the case, as was the case at the beginning.

“It’s not funny when masked people with assault rifles suddenly appear in the children’s rooms,” said Mr O. in an interview with an Austrian journalist, describing how he experienced the house search by the police as part of “Operation Luxor” last November. The raid in the early hours of the morning ordered by the Graz public prosecutor visibly hit him, his wife and their four children. O. is said to be a member of the Muslim Brotherhood – the suspicion is primarily based on a bugged telephone conversation.

The former official of a recognized Muslim interest group was called by the current chairman with the question of whether he knew anything about a € 10,000 donation to the association. His answer: He has no idea. As it turned out, the money came from a dissolved foundation of the former chairman of the Islamic Faith Community in Austria – which the Graz prosecution authorities were not particularly interested in.

The Higher Regional Court Graz criticized the investigation in its justification quite sharply: In the case of a suspect, the thesis that a certain mosque is under the influence of the Muslim Brotherhood “does not go beyond speculation”. The anonymous whistleblower on whom the investigation is based did not express any perceptions of fact – for example that he saw that this or that had happened. Rather, he delivered “primarily assessments”. Reports obtained from the Graz public prosecutor’s office are also viewed critically.

The court also found that, according to the results of the proceedings, there was no indication that every Muslim Brother could be “at the same time a (…) member or sponsor of a terrorist organization with a corresponding purpose, in particular Hamas (…)” and refers to the “diversity” of currents within the grouping.

With regard to suspicions based on family relationships, the court stated “that ‘family liability’ in and of itself from the point of view of the appellate court is fundamentally not a suitable method of providing evidence.”