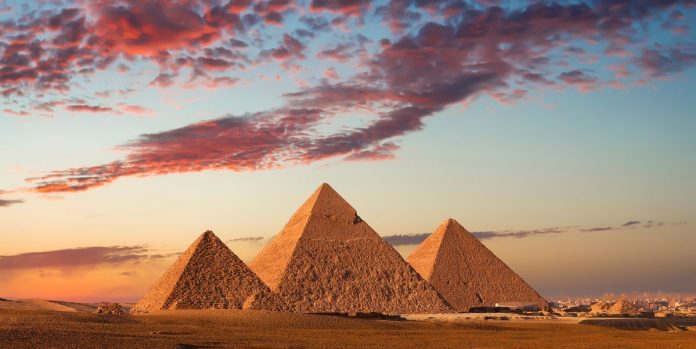 Egypt brokered the ceasefire between Israel and Hamas and will play an important role in the reconstruction. President Sisi wants to reestablish his country as a leading regional power. He now has less to fear criticism of human rights violations.

Secret service chiefs generally avoid the glaring light of tv cameras. But there are a lot of pictures of Egypt’s top spy Abbas Kamel these days: the general, envoy and once office head of President Abdel Fattah al-Sisi at the meeting with Palestinian President Mahmud Abbas in Ramallah, in the background a photo of Haram al-Sharif in Jerusalem, as the Temple Mount is called in Arabic. Shaking hands with Israeli Prime Minister Benjamin Netanyahu and his Defense Minister Benny Gantz. And then, on Monday in Gaza during consultations with Yahya al-Sinwar, governor of the Islamist Hamas in the Gaza Strip.

The recordings show: Cairo not only mediated a ceasefire in the exchange of blows between Israel and Hamas, as it did in 2008, 2009 and 2014 or 2019. Rather, Egypt is claiming a role as a leading regional power again, which was lost after the overthrow of the long-time dictator Hosni Mubarak in the Arab Spring ten years ago.

Kamel and Foreign Minister Sameh Schoukry are working “tirelessly” to consolidate the unilaterally declared ceasefire. For the first time since 2008, an Israeli foreign minister traveled to Cairo on Sunday. And Hamas chief Ismail Haniyeh, who lives in exile in Doha, is expected on the Nile this week. Egypt’s goal is to achieve a lasting, comprehensive ceasefire agreement.

An exchange of prisoners is also planned: Hamas is holding two Israeli civilians who crossed the border into the Gaza Strip in 2014 and 2015. The Palestinian terror organization has not yet released the bodies of two Israeli soldiers killed in the 2014 war. In 2011, Israel released more than 1,000 Palestinians, including Hamas leader Yahya al-Sinwar, in exchange for the captured soldier Gilad Shalit. Kamel indicates that he is now asking for something similar.

At the same time, Egypt is trying to revive the peace process on the basis of a two-state solution. Egypt’s foreign minister was received by Jordan’s King Abdullah, who had previously consulted with al-Sisi and French President Emmanuel Macron. The German government is also involved in the efforts of the so-called Munich format, which was first formed at the level of the foreign ministers on the fringes of the security conference in the Bavarian capital.

Unlike Jordan, Egypt did not openly oppose the “deal of the Century” by former US President Donald Trump. Now, however, Cairo sees it as opportune to return to the traditional positions on the Palestinian question and thus not only to put regional rivals such as Turkey and Qatar in their place, but also to make themselves indispensable, especially in Washington.

While US President Joe Biden had long given al-Sisi, whom Trump dubbed “my dearest dictator”, the cold shoulder, the heads of state were now on the phone, and Foreign Minister Antony Blinken praised Egypt’s mediating role during a visit to Cairo. Criticism of massive human rights violations took a back seat. Egypt’s initiative is intended to help ensuring that it remains that way, contrary to Biden’s earlier announcements. Egypt makes use of its geographic location as well as its political position.

The country controls the only border crossing to the Gaza Strip that does not go via Israel and, from 2014 onwards, sealed off the area hardly less rigorously than Netanyahu, thereby tightening the isolation of Hamas. The army made tunnels unusable, through which everyday goods and weapons were smuggled into the Gaza Strip for a long time. Along the border, they set up a buffer zone in which all buildings were demolished – entire towns. In close cooperation with Israel, the army is fighting one of the most active cells of the Islamic State (IS) terrorist militia in the north of the Sinai Peninsula.

The Muslim Brotherhood is the number one public enemy for the military-dominated regime in Cairo, which drove the Islamists from power in 2013. Egypt kept the channels to Hamas open, even if the military deeply distrusts it.

Since 2017, Egypt has also been trying to press ahead with negotiations between Fatah of Palestinian President Abbas and Hamas, in order to overcome the division among the Palestinians. President al-Sisi continues to see this as a priority, as his intelligence chief in Gaza pointed out – under the leadership of the Palestine Liberation Organization (PLO), whose strongest faction is Fatah. Kamel traveled to Gaza, accompanied by several ministers from the Fatah-controlled autonomy authority, as reported by the Egyptian media – a clear signal to Hamas.

Sisi sees reconciliation among the Palestinians as a prerequisite for a peace process, but also as a means to weaken Hamas. His leverage is to rebuild Gaza, for which he has pledged USD 500 million. The Palestinian Authority has a role to play in this, Kamel said – something Hamas strictly rejects. Israel and the US, however, insist that the Islamists must not benefit from reconstruction aid. And the EU makes a political process a condition that prevents the conflict from flaring up again.

Egypt can hardly achieve that alone. Foreign Minister Schoukry demanded that Israel refrain from all “provocative steps” – meaning the police operations at the Al-Aqsa mosque in Jerusalem and the processes initiated by Jewish settlers to evict Palestinian families in the Sheikh Jarrah district in East Jerusalem. But Cairo lacks leverage against Israel. The US is most likely to have them. The turmoil surrounding the formation of a government in Israel stands in the way of rapid progress. But Sisi can hope to host a donor conference for Gaza. That would be another symbol of Cairo’s comeback.