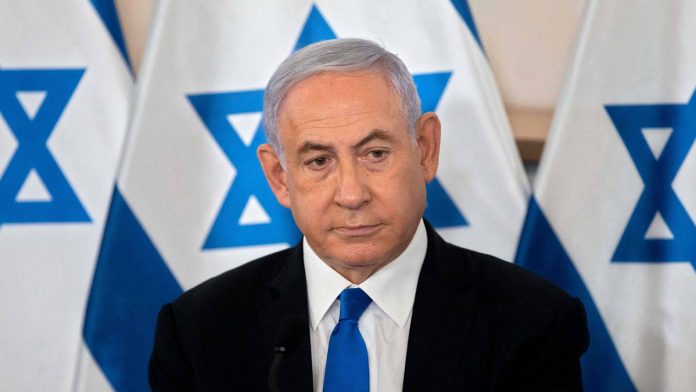 For the first time in twelve years, Israel has a government that is not led by Benjamin Netanyahu. After the swearing-in of the new Israeli government headed by Naftali Bennett and Jair Lapid, it is time to take stock of the twelve years of Netanyahu rule. To understand what was going on in Netanyahu and what drove him, one must first look at domestic politics.

Last year “Anti-Bibi” demonstrators showed stickers or posters with just one word: “Go!” They protested against Netanyahu’s tactics of pitting different segments of society against one another: Jews against Arabs, religious against laicists, natives against asylum seekers, and so on. He, the populist, incited against “the elites”. Anyone who stood in his way is considered leftists, i.e. traitors. No price is too high for him to survive politically.

In order to stay in power, he tolerated, among other things, the solo efforts of his ultra-Orthodox allies and gave in to their demands – to the annoyance of the secular people in the country. Netanyahu’s behavior became particularly noticeable last year when it turned out that ultra-orthodoxy was not observing the corona requirements imposed by the state. No less conspicuous – his dealings with the judiciary: he, at the head of the executive, consistently tried to discredit the judiciary, where it positioned itself against violations of human and civil rights as well as unconstitutional violations of the legislature and executive.

His personal goal was clear: to free himself from the corruption process against him. The fact that Israeli citizens have been asked to vote four times in two years is solely thanks to Netanyahu’s efforts to prevent the trial against him. He didn’t seem to care that democracy was eroding in Israel.

The conflict over Palestine and in Israel is taking on more and more religious traits.

Since he began as head of government in 2009, he has also allowed the creeping annexation policy to accelerate. The number of “wild settlements” in which the zealots of the “hill youth” settle has increased rapidly in recent years. What this means for the two-state solution is clear to both the Israelis and the Palestinians: Should the creeping annexation make the establishment of a state of Palestine impossible, there is no way around an apartheid system. Before the last elections, Netanyahu even ensured that the “Party of Religious Zionists”, which strives for the “transfer” of the Palestinians and pursues racist goals, comes to parliament in order to give a majority of right-wing nationalists in the Knesset under the leadership of the Likud to back up.

The warning that was issued 50 years ago that democracy is indivisible and that a non-democratic ruling structure in the occupied territories will spill over to the heartland of Israel has come true during the Netanyahu era. It is not only about the rights of the Palestinians in the West Bank or in East Jerusalem – as the case of the evacuation of Arab residents of the Sheikh Jarrah district shows – but above all about the Israeli Arabs, i.e. Palestinians who live in are second class citizens in many ways.

Against this background, pogrom-like clashes between Jews and Arabs broke out in Israel’s cities in the last few weeks of the Netanyahu government. The formal basis for discrimination against the non-Jewish population in the country was created by the adoption of the National State Law in 2018 at the latest. In addition, Netanyahu’s solidarity with racists who plead for the expulsion of tens of thousands of asylum seekers from Africa showed that, in his opinion, the Jewish character of the state should not only be expressed through the contrast to “the Arabs” or Muslims.

And that, too, is a legacy of the Netanyahu era: the conflict over Palestine and in Israel is taking on more and more religious traits. Jews against Muslims and vice versa. It was Netanyahu who made the recognition of Israel by the Palestinians as a “state of the Jewish nation” a condition for an agreement with the Palestinians. It is not only the Palestinians who know what Judeo-religious ideas are hidden behind this condition.

In the Netanyahu era, unlike traditional Zionism, the alliance between radical Jewish nationalism and ultra-orthodoxy has become very close. The largest settlements in the West Bank are ultra-Orthodox settlements. As powerful partners in Netanyahu’s governments, the religious parties have been able to intensify their policy of “religionising” society and underpin their status as an exclave.

As powerful partners in Netanyahu’s governments, the religious parties have been able to intensify their policy of “religionising” society.

The Netanyahu era also left paradoxical traces. When he tried a tactical liberation in 2020 after the third elections to form a government in which he – who always railed against the Arab parties in Israel – tried to win an Arab party as a partner, he had little idea that he was breaking taboo helped his opponents out of the impasse. He also did not expect his former political rivals within the Likud party – Naftali Bennett, Gideon Sa’ar and Avigdor Liebermann – whom he had fought and humiliated, to form a coalition against him and now to overthrow him from the podium. But even more Diadochi are already taking up positions within his party. The battle for the place of the Likud alpha male is already underway.

In the field of foreign policy, Bibi supporters seem to have achieved positive results over the past twelve years. The Abraham Agreement with the United Arab Emirates in September 2020 is not only seen as a breakthrough in relations between Israel and the Arab world. It also seemed to show that normalization of relations no longer needs to depend on progress in the negotiations between Israel and the Palestinians. Netanyahu’s 2009 Bar Ilan speech on the two-state solution remained a dead letter.

From the perspective of Israeli nationalists, Netanyahu’s open rejection of Obama’s policies and close friendship with President Trump paid off. The US has recognized Israel’s sovereignty in the Golan Heights and relocated its embassy from Tel Aviv to Jerusalem – two welcome, symbolic decisions for the majority of Israelis that were previously unimaginable. Trump also shared Netanyahu’s view that the 2015 nuclear weapons deal with Iran was unsuitable and canceled it. Israel’s declaration of war on Iran – with the support of Trump and the USA – also explains the willingness of some Gulf states, which feel threatened by Iran, to revise their attitude towards Israel.

Netanyahu supporters also see his European policy as a success. He managed to drive a wedge into the EU, which many Israelis view with skepticism, by forging particularly close ties with the Visegrad states and right-wing conservative politicians, which helped to block some anti-Israel resolutions. In the Netanyahu era, Israel left the propaganda defensive and switched to the offensive. Instead of apologizing for thwarting the two-state solution, Netanyahu described the criticism of Israel as an expression of anti-Semitism. The Bundestag resolution of May 2018 to combat the pro-Palestinian movement “Boycott, Divestment, Sanctions” as the alleged spearhead of anti-Semitism in Germany marked a climax in the allegedly successful turn of the tables. Bibi fans also received applause from outside Europe, from Brazil, India and others the Philippines, as a profit.

However, it is very questionable whether all of this can actually be assessed as a success. The events in May 2021 spoke a clear language. Netanyahu’s hope that the Palestine question will simply “go away” has fizzled out. The new Gaza war and the unrest in heartland Israel emphatically demonstrated that Netanyahu’s plan did not work out.

Even closing ranks with Trump is no longer a guarantee of success after January 2021. On the contrary: Biden’s success in the US was not only a defeat for Trump, but also a bitter disappointment for Netanyahu. The US is currently trying to revive the nuclear weapons deal with Iran, as well as the peace process between Israelis and Palestinians, which could lead to a two-state solution.

Netanyahu’s one-sided partisanship in favor of the Republicans led to a conflict with the Democratic Party and its new President Joe Biden. Netanyahu’s intention to pursue his own policy on Iran and Palestine, even against the will of the new American president, points not only to his megalomania, but also to his absurd willingness to risk a confrontation with Israel’s most important ally. And in the post-Trump era, being close to conservative politicians around the world, such as Orban, Bolsonaro, Duterte, Modi and Putin, is not an unconditional recommendation for the State of Israel.

What holds the new government together is undoubtedly the person of Netanyahu. As long as he does not leave politics, this hodgepodge of parties can lead the government and strive to restore Israeli democracy. One must not forget, however, that the majority of voters and members of parliament are on the right.

A return of Netanyahu cannot be ruled out either. Because in Israel the comeback after a political exit is not uncommon. Bibi resigned as head of government in 1999, but was able to regain office in the same year. To consider the Netanyahu era to be completely over would be premature after all. As a precaution, the review of the twelve years of his reign must therefore be regarded as an “interim balance sheet”.