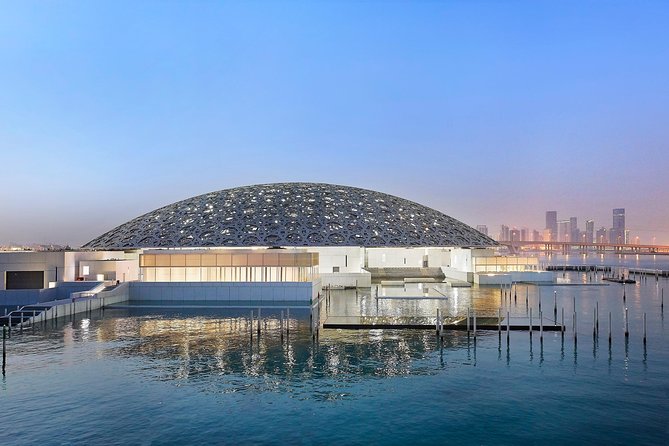 The fact that the United Arab Emirates are among the first to wake up from a global coma, in form of a book fair, can be understood as symbolic. The last real book show before the winter crisis also took place in one of the emirates: in November in Sharjah. The fair in Abu Dhabi was able to open the round of Arab book fairs this year. Baghdad follows in June, Cairo in July, if the pandemic and politics play a role.

Unlike its sisters in Europe, these book fairs are for direct sales. The public and booksellers stock up on reading for a whole year. The Arab book market does not have a distribution system like the one in German-speaking countries, and international shipping is unreliable. Nevertheless, according to the information provided by publishers, online retail has grown significantly during the corona crisis.

In order to lure the publishers to Abu Dhabi despite the pandemic, the stand fee was waived this year. Buyers, especially schoolchildren and students, but also libraries and institutions have been encouraged to buy books with government-funded vouchers worth more than one million euros. The reduced exhibition space corresponds to just one hall level in Frankfurt. According to official information, more than eight hundred exhibitors took part. But if you counted the stands, you only got about two hundred, all the others were only represented virtually. The prerequisite for entry was a negative PCR test, no more than 48 hours old, available free of charge at the trade fair. However, the result was only available the next day, so that spontaneous visits were ruled out. Inside, of course, there was a mask and distance requirement; observance was monitored by a group of young women dressed in black with large signs.

In the end there should have been 30,000 people in the halls, estimates Ali Bin Tamim, whose “Center for Arabic Language” as part of the Department for Culture and Tourism organized the fair. The claim to cultural supremacy that the Emirati elite cherishes is not unfounded. Competition within Arabia has been paralyzed for a long time: Beirut due to the devastating port explosion last August, the banking crisis and the country’s ungovernability, Cairo due to the failed revolution and a policy of conservative restoration that is also anti-Islamic. Many publishers are drawing conclusions from the geocultural political change: The German-Iraqi Khalid Al-Maaly, for example, who is being honored this year with the Gundolf Prize of the German Darmstadt Academy for his services to German literature, is just reporting his publishing house moved from Beirut to Sharjah.

One of the most beautiful museums in the world

To many in Europe, but also in the Arab world, the emiratis’ cultural aspirations seem presumptuous. But in Corona times, presumptuousness when it comes to culture, is a boon. One almost thinks that culture means more here than in Germany, where museums are closed while the number of cases is similar. You get to the Louvre Abu Dhabi without a test and walk almost alone through one of the most beautiful museums in the world.

But while the visual arts always served representative purposes, the word became also traded as prestigious in the Gulf. In order to put the spotlight on it, the Arab Gulf States are putting out prizes that Western authors can only dream of. The Sheikh Zayed Prize, which is awarded in several categories and named after the founder of the United Arab Emirates, is one of the best endowed with around 200,000 euros. The main prize this year was awarded to Jürgen Habermas, whose social theory is highly valued in the Arab world. He initially accepted, but after reading a critical article in the German magazine “Der Spiegel”, he reconsidered and declined. The duped Emiratis want to explain Habermas’ change of heart differently and suspect behind closed doors a conspiracy by the competition from Qatar, which supports the Muslim Brotherhood opposed by the Emirates. The Nazareth-born Arab-Israeli intellectual and politician Azmi Bishara is to play a leading role. Bishara, who studied in East Berlin, was a member of the Knesset from 1996 to 2007 until he was forced into exile in Qatar on charges of treason. There he founded the “Doha Institute” think tank, which also hosts researchers from Germany. Since the rejection of Habermas is understood by many Arab intellectuals as a position against peace with Israel, the enthusiasm for the philosopher is enormous, especially after the recent armed conflicts. In the struggle for cultural and political hegemony in the region, this is a small victory on points for Qatar, even if Habermas is unlikely to know any of the backgrounds.

The enemy of my enemy

After the philosopher’s cancellation, the award ceremony for Arabic literature came to the fore: the winner was the Egyptian Iman Mersal, who teaches in Canada. She has been known in Germany since her appearance at the Cologne Poetry Festival in 2000. At the time, she wrote verses in which one could read about feelings after an abortion or the mysterious connection between Marxism and lingerie.

This year she was honored for a prose work, the novel-like research and retelling of the life of the Egyptian author Enayat Al-Zayyat, who killed herself in 1963 at the age of 26. The book corresponds to a trend in contemporary Arabic literature that has also shaped the shortlist of the “International Prize for Arabic Fiction”, which was co-sponsored by the London Booker Prize and which was also awarded (virtually) in Abu Dhabi: Many authors turn to contemporary history and negotiate historical events bring real people back to life. In the end, the Jordanian Jalal Barjas, born in 1970, won with “The Bookseller’s Notebooks”, which serves the genre of novels about reading books, but at the same time hits the apocalyptic mood that has spread in many countries in the Arab world – although not in the Gulf .

Because Abu Dhabi is also funding the Arab Booker Prize this year, the emirate now has an almost monopoly on the major Arab literary prizes. Nevertheless, all of the award-winning books show a far-reaching critical awareness, are progressive in the emancipatory, socially committed sense, stimulate political contradiction, and sometimes brutally oppose euphemistic representations of Arab societies, especially religious ones.

This does not mean that the Emirates are not pursuing a political agenda with their literature funding. If one looks for the personification of this cultural policy, you come across Omar Ghobash, born in 1971. After serving as ambassador in Moscow and Paris, he is now Minister of State in the Foreign Ministry. As a sponsor, he finances a prize for translations from Arabic, which is advertised by the London magazine Banipal. Ghobash looks like George Clooney, speaks English, Arabic, Russian and French and publicly campaigned for the peace deal with Israel in 2020. He learned personally that the Arab world suffers, when the Palestinian-Israeli conflict becomes violent: his father, Saif Ghobash, was accidentally shot by Palestinian terrorists in 1977.

Omar Ghobash also wrote the disguised cultural-political manifesto of the new Emirati cultural policy. It appeared in the form of a book with fictional letters to his adolescent son, who was struggling with religious constraints. It was published in German under the title “Es gibt keinen Grund zu hassen – Ein liberaler Islam ist möglich” (There is no reason to hate – A liberal Islam is possible) in 2017 by Rowohlt. Ghobash’s vision is a depoliticized Muslim humanism that emphasizes the individual path and wants to break the extremes of the highly politicized religion of the Muslim Brotherhood and jihadists. There are good reasons for it.

With their liberalism, the Emirates have become home to many similarly thinking intellectuals, such as the Syrian religious reformer Mohammed Shahrur, who died in 2019, or the publisher Mayadeh Kayali, who was also inspired by Syria. Her most recent publication bears the title: “The engineering art of dominion over women – Marriage in the ancient cultures of Egypt and Iraq”. If one believes the divorced mother of two children, marriage must still be regarded as such as a questionable engineering skill to this day.