This study starts from a hypothesis based on preliminary observations that say there is a convergence between Sufism and Druze, and it may be the result of the Sufi method influence on the Druze sect. This hypothesis was based on a set of ideological, historical, social and cultural premises shared by them. Some religious and social studies resemble the Druze sect to the Sufi methods, or Sufism is the essence of the Druze sect, or separate them on the basis that the Druze are independent and a self-contained sect. From this, we have the problematic question: Is the Druze considered an independent Islamic sect? Or does it share with Sufism only in some respects? Or can it be considered a mystical way?

The  research revealed complications beyond this title. Sufism was not one, and the paths in the details were not the same, so that its history and audience are not the same, just as its proximity and role in politics were not the same. Therefore, criteria were set to select a sample of the methods that this study sought to compare. These methods represented political and social positions, such as those that oppose the state, support it, or do not interfere with it, and have a social and cultural impact on societies. Therefore, the three methods: Bektashi, Naqshbandi, and Mawlawi were the methods that were discussed in the research, besides the Druze, of course.

The reason for adopting the methods of Turkish Sufism in particular “Baktashi, Mawlawi and Naqshbandi” can be justified by the assumption that there is an unknown influence between Turkish and Druze Sufism, which needs to be researched. This assumption is based on a set of data; For example, the word “Druze” is attributed to a Turkish prince who is one of the advocates of the Druze sect, whose name is “Nashtakin ad-Darazi”. The word is essentially “Al-Tarzi”, which in Turkish means “Terzi – the tailor”; over time, the letter “t” was changed to the letter “d” in Arabic! So the name was changed to “Druze” instead of “Tarzi” and the name is attributed to him, although the Druze refuse to be called by this name because of their position on this imam as expelled from the sect, and prefer to be called al-Muwahhidūn.

It is not just about naming; but also dress and public appearance, such as lengthening the mustache, contrary to the doctrine of Sunnis and Shiites! Even the structure and social relations such as the status of women. Some names are not even understood in Arabic, but in Turkish, they are meaningful, for example: When a Druze Sheikh reaches a religious and social rank, he must wear a turban that resembles a Sufi turban! It has the name “lafa mkaolsa” written in Turkish like this “Lafı mkölesi”, it is a word that is not fully understood in the Arabic language, and its origin is not known. But in Turkish it can mean when joining the first letter of the second word to the end of the first word “Lafım kölesi” “slave of the word or wisdom”! Wisdom is the essence of Sufism and the essence of the Druze also. Even the Druze religious books are called “Books of Wisdom”. In terms of substance, there are also some examples, like the pronoun “he” means “God” in both sects. Among these and other examples was the basis for choosing Turkish Sufism over the rest of the Sufi methodes.

In addition to these introductions, Sufism entered Turkey through the Arab and Persian region, but it took a special character and feature, and that is why this Sufism was distinguished from others and became famous. Thus, this study may illuminate some of the social and cultural features that distinguish Turkish Sufism.

The study line starts from the definition of Druze and Sufism, then reviewing their history and emergence, their beliefs, and the branches of Sufism that were touched upon. After that, a review of the social and cultural structure between them, and the political and military role of both, then discussion and conclusion. The study is primarily based on research, books and scholarly articles. It is a desk study, in answering the research questions; I followed the method of analyzing the content and comparing the documents in three languages: Arabic, Turkish and English to achieve the research objectives. It was remarkable that most of the writings on these methods and doctrines took the character of a value judgment on them: In terms of religious evaluation or political and military impact, but the social and cultural aspect remains a weak line parallel to this presentation. Thus, it was difficult to reach pure sociological studies, and one of the difficulties was that the objective studies were mostly anthropological, and it is noticeable that they were generally Western.

In response to considering, the Druze as an independent faith in Islam or a sect – after studying the Sufi methods- it became clear that they are closer to the Sufi than being a pure sect. It was natural for there to be a convergence between Sufism and the Druze, given that the cultural region had been mixing religiously, culturally, and politically for long periods. However, it turns out that there is a difference in the assumption that Sufism is similar in some respects to the Druze due to the direct influence between the two, where it turns out that the reason is that the root from which they started is one. As mentioned in the research, the rest of the similar elements were often due to the cultural mixture between religious, ethnic, civilized and military groups that passed and interacted in our region.

The points where Sufism met with the Druze can be summarized as follows:

The Druze faith crystallized during the period of the emergence of the Sufi methods in general, and because the Druze remained for centuries absent among the mountains, invisible and hidden, isolated from intellectual and religious currents, the Sufi influence on it may not be substantial. The Druze took from the Sufi Turkmen traditions to lengthen the mustache and shave the beard for those who did not reach the rank of sheikh, where the sheikhs shave their heads and grow their beards. There is also a similarity to the uniform, such as wearing the cape, the Sirwal, and the turban.

It may be that the Druze took from the Sufi traditions kissing hands between the sheikhs and the clergy, at the same time, because kissing the hand in general is a Turkish tradition. As it happens when the Mawlawi Sheikh accepts the murid and promotes him to the rank of a dervish, he taps his shoulder, so the disciple rises and kisses the hand of the Sheikh and the Sheikh kisses his hand at the same moment. Where they hold each other’s tiptoes, raise their hands to the level of the mouth, and turn the back of the hand to the other’s face to kiss it together, which is a sign of religious respect.

Sufis and Druze share in worship in areas far from people and that secure seclusion, Where religious shrines are established at the graves of the saints and the righteous, for blessings, supplications, making vows, and even for charitable works. They believe that the saints and the righteous know the unseen, and able to control things that are unseen or out of control, such as natural phenomena, and interfere in the lives of individuals.

The Druze also share with Sufism in general and Turkish Sufism in particular in the philosophy of “solution – union – unity of existence – the principle of divine emanation – transmigration of souls – backbiting – and the esoteric interpretation of the Qur’anic text.” They share the same philosophical tendencies and multiple beliefs, which formed many of their beliefs: Manichaeism, Shamanism, Zoroastrianism and Platonism. The philosophy of the Sufi Ibn Arabi, which influenced the Bektashi, is very close to the Druze faith in terms of the spiritual ranks of the limits of the Druze da’wa “the mind – the soul”. They consider Islamic religious worship and duties as a previous stage in reaching the unification of God, and a seeker of knowledge cannot take his knowledge without the consent of the sheikh with him. The rituals of worship show them a kind of belonging to the group during its performance, such as swaying, singing, or singing, etc.

The structure of the Druze and Sufi societies is similar in that the sheikh in the region or the group of sheikhs are the segment that is responsible for legislation, religious education and the organization of the rest of life, and those around them are the group of murids, dervish or juhaal. Which is related to the category of sheikhs and performs its social role based on this relationship and the directives of the sheikhs.

Women are accepted in male and religious councils, can gain their knowledge from it, have the possibility of reaching a religiously advanced stage, and are not obligated to wear the niqab, not the hijab. As for polygamy, it is generally undesirable and even forbidden by the Druze. They may share some aspects in terms of formal or sham marriage “i.e., without sex”. They have no enslavement, slavery, captivity, or rape of women in wars.

When the Druze sect are placed in the historical context and the social, cultural and political environment in which they were raised, we find that the Druze perfectly emulate the social, cultural, religious and political conditions for the emergence of Sufism in general. When studying beliefs and faith, we find that the starting points of the ideas are very close, while the rest of the rituals and ideological divisions branched out. This indicates that Druze are closer to the Sufi methods than to an independent Islamic school. Thus, the closeness between Sufism and Druze in form was the result of cultural overlap for centuries in a single geographical, cultural, religious, political, and military environment. While the convergence in terms of content because the Sufi and Druze roots are one, with an essential difference, which is that the Druze originated within the Fatimid state, and thus it may differ from Sufism, but it does not differ from its Ismaili root, which overlapped with politics. 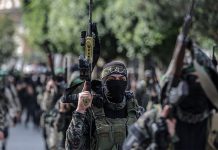 Centre de Recherche et d'Études MENA - 2021-09-24
In the past few days, Tunisia has witnessed a remarkable development in the first public move that reflects the street’s division and the state...

MENA Research and Studies Center - 2021-09-24
The Iranian-backed Yemeni Houthi militia are preparing to carry out new mass executions in Sanaa, sentenced are eleven people, two of them women, carried...

MENA Research and Studies Center - 2021-09-20
By Nafisa Yilmaz Nobody has embodied the Erdoğan regime better than the Imam of Hagia Sophia, who was newly appointed after its conversion into a...

Yousef Alshoufi - 2021-09-20
Introduction and problem If we ask a child about the extent of his love for his mother, it would open its arms wide and say:...