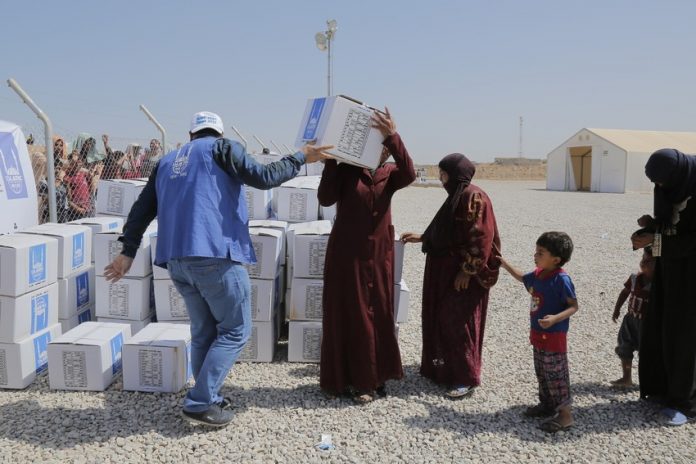 Dutch media is reporting that the Dutch government has ended a large grant for the Islamic Relief Worldwide (IRW) charity after media reports revealed the organization’s ties to the Muslim Brotherhood. According to a De Telegraaf report, the responsible Dutch Minister only learned of those ties in December 2020:

The Hague — Minister Kaag (Development Cooperation) ends the subsidy for the controversial Islamic Relief Worldwide. After disturbing media reports about ties with the Muslim Brotherhood, the D66 minister decides that no Dutch tax money should go to the organization. Islamic Relief had submitted an application to Kaag, who would distribute an amount of more than 37 million euros among four organizations from January. The Islamic organization hoped to get some of that money. Kaag writes on Tuesday that she learned for the first time in December that Islamic Relief would have links with the Muslim Brotherhood, through the media. She then decided to obtain information from other donors of the organization, which the ministry previously described as “aid organization”. “Based on this information, I have decided not to subsidize Islamic Relief Worldwide.”

The Global Influence Operations Report (GIOR) reported in December 2020 that Islamic Relief Worldwide (IRW) was among a group of charities awarded over €37 million in subsidies by the Dutch government between 2021–2025. Other GIOR reporting on Islamic Relief has included:

Islamic Relief Worldwide is a UK-based international charity organization whose senior management has included many global Muslim Brotherhood leaders. Established in 1984, IRW co-founders included Essam El-Haddad, a senior Egyptian Muslim Brotherhood member who later became an adviser to Egyptian President Mohammed Morsi, and Hany El-Banna who later founded the Muslim Charities Forum (MCF), which was stripped of UK public funding over its ties to the Muslim Brotherhood and Hamas. A former long-time IRW trustee is Ibrahim El-Zayat, a leader in both the European and the German Muslim Brotherhood. El-Zayat was also a trustee of the German branch of Islamic Relief. Another former IRW director is Ahmed Al-Rawi, the former head of the Council of European Muslims (formerly FIOE) and former President of the Muslim Association of Britain. Current IRW chair of trustees Lamia El-Amri is a former President of the European Forum of Muslim Women, part of the Council of European Muslims.