Erdogan declares war on the West

Erdogan declares war on the West

The Turkish president is becoming increasingly aggressive: militarily in Syria and Libya, in the border conflict with Greece. Erdogan argues with Cyprus for natural resources, abuses refugees as a political weapon and snubs the West with the Muslim annexation of Hagia Sophia.

It seems to be a cultural declaration of war. The conversion of Hagia Sophia into a mosque has a politically declared goal: Erdogan is about to demonstrate a humiliation to the West. The church is a cultural monument of Christianity, the most important church of the Orthodox Church for 1123 years, 89 emperors were crowned there and 125 patriarchs shaped the history of Christian Byzantium. From Athens to Moscow, the fear is enormous. But Erdogan smirks of an Islamic “resurrection“, his propaganda newspapers praised the provocation as “a harbinger of the liberation of the Al-Aqsa mosque in Jerusalem, the Muslims are leaving the interregnum phase“, liberating from the “Tyranny of the Crusaders”.

For naive minds, it is a ridiculous symbolic policy. For optimistic observers, Erdogan only wants to collect domestic emotional points in the crisis. In fact, the Hagia Sophia coup follows a systematic, aggressive power politics that mainly tries to threaten Europe.

During the commemoration of the conquest of Constantinople on May 29, the 48th Surah of the Koran (‘The Conquest’) was read in Hagia Sophia. On the same day, Erdogan announced drilling in the Greek marine area. One of the ships in the operation is called Fatih (‚The Conqueror’). Erdogan intervenes massively in Syria and Libya, undermines the European arms embargo and provokes France in a targeted military manner in North Africa. On top of that, he blackmailed Europe with the “migration weapon”, as Brussels diplomats warn. If the EU is not compliant, Turkey could open the borders and sends hundreds of thousands of refugees to Europe again. The cynical role of the EU bouncer is paid for in billions. French President Macron now warns: “NATO has a problem with Turkey!”

A number of European countries – from Austria to Greece – are threatening Turkey with consequences after the conversion of Hagia Sophia. The Turkish president has “made a historic mistake,” said Greek government spokesman Stelios Petsas. There must be an appropriate answer to this insult to the Christian world. The EU, Russia and the USA called the decision unfortunate. The Russian Orthodox Church was horrified. Pope Francis expressed regret: “I think of Saint Sophia and it hurts me a lot.”

A chain of provocations

Even the level-headed EU politicians such as EU foreign policy head Josep Borrell and Luxembourg’s Foreign Minister Jean Asselborn warn of a serious situation. It is “very bad” that Ankara is “fighting terrorists” as humanitarian activists and trying to assert hegemonic interests in the Mediterranean against international law. The conversion of Hagia Sophia into a mosque was also “a blow to the alliance of civilizations” and removed Turkey further away from Europe.

Austria’s Foreign Minister Schallenberg calls for the EU to change course towards Turkey. The conversion of Hagia Sophia into a mosque is only the “youngest link in a chain of provocations”. Turkey’s behavior in conflicts such as Libya or the gas drilling off Cyprus, which the EU has classified as illegal, showed that the country is “simply not a reliable partner for Europe”. Schallenberg demands from the EU “a policy with a strong edge towards Turkey”. He reaffirmed Austria’s position to end negotiations with the country on joining the EU. “I believe that the European Union should also make a clear cut here.” Given the mass arrests of government critics after the failed military coup in Turkey in 2016, negotiations with the EU are already on hold.

For Erdogan, the calculation works. His symbolic aggression made headlines in world politics and he could stage himself as the heir to the conqueror of Constantinople, Sultan Mehmet II, as a triumphant over Christianity and as the patron of Muslims.

With the re-conversion of Hagia Sophia into a mosque, Erdogan wants to consciously stir up tensions between religions. Metropolitan Ilarion of the Moscow Patriarchate spoke on Russian state television of a blow to orthodoxy. “For all Orthodox Christians in the world, Hagia Sophia is an important symbol, like St. Peter’s Basilica in Rome for Catholics.” The rededication would put a strain on Turkey’s relationship with the Christian world.

“We did not voluntarily accept our borders”

Relations with Greece are also poisoned in a targeted manner. Erdogan is already arguing with his neighbor about natural gas deposits in the Mediterranean and migration issues. In Greece, calls are already being made to make Ataturk’s birthplace in Thessaloniki a revenge museum for the genocide of the Pontus Greeks at the time of the Turkish Republic. The Greeks recall that on the eve of World War I, only 44 percent of Constantinople’s 1.1 million people were Muslim. 23 percent were Greek Orthodox, another 18 percent Armenian Christians. Most of them were driven out or killed. Historians put the death toll in the genocide of the Pontos Greeks between 300,000 and 360,000. Today, over 17 million people live in Istanbul, of whom around 2500 Greeks are a tiny minority.

For Erdogan, the genocides of Armenians and Greeks and the systematic killing of Christians are “lies of the West”. He explicitly strives for the revisionist restoration of an Islamist Ottoman Empire. “We have not voluntarily accepted our borders,” has threatened the Turkish President for years and has been raving about Turkey’s expansion soon: “We have to be wherever our ancestors were.” Europe has so far ignored and dismissed the Ottoman dreams of great power as a bizarre powerhouse. It is different now.

Because the religious authority Diyanet, promoting the Islamization of Hagia Sophia, is helping Erdogan’s drive to expand abroad with zeal for missions. Europe is to be islamized from the Balkans to Germany. The refugees play a key role, for example with mosque buildings financed by Ankara, in order to “give the refugees abroad a home”. Erdoğan’s favorite quote comes from a poem by Ziya Gökalp: “The mosques are our barracks, the minarets our bayonets.” Erdoğan sees himself from a domestic and foreign policy perspective as a religious cultural fighter, as the patron saint of Islamist expansion.

The European strategy is primarily aimed at the Balkans. Neo-Ottomanism with openly proclaimed desire to conquer is a fixed element of his party propaganda. Conquests also mean “opening the gates to Vienna for our people”. In Muslim-dominated Balkan countries such as Albania, Bosnia and Kosovo, Erdogan therefore pursues Ottoman imperial policy with soft means: investments, financial aid, cultural work and promotion of religion. Turkey is financing the construction of Muslim schools, universities, student dormitories and mosques in the Balkans. When visiting Prizren in Kosovo, Erdogan said Kosovo was Turkey and Turkey was Kosovo. Erdogan’s slogan is: “History is not just a nation’s past, but also a guide to the future.” The transformation of Hagia Sophia is therefore a targeted historical fanal. 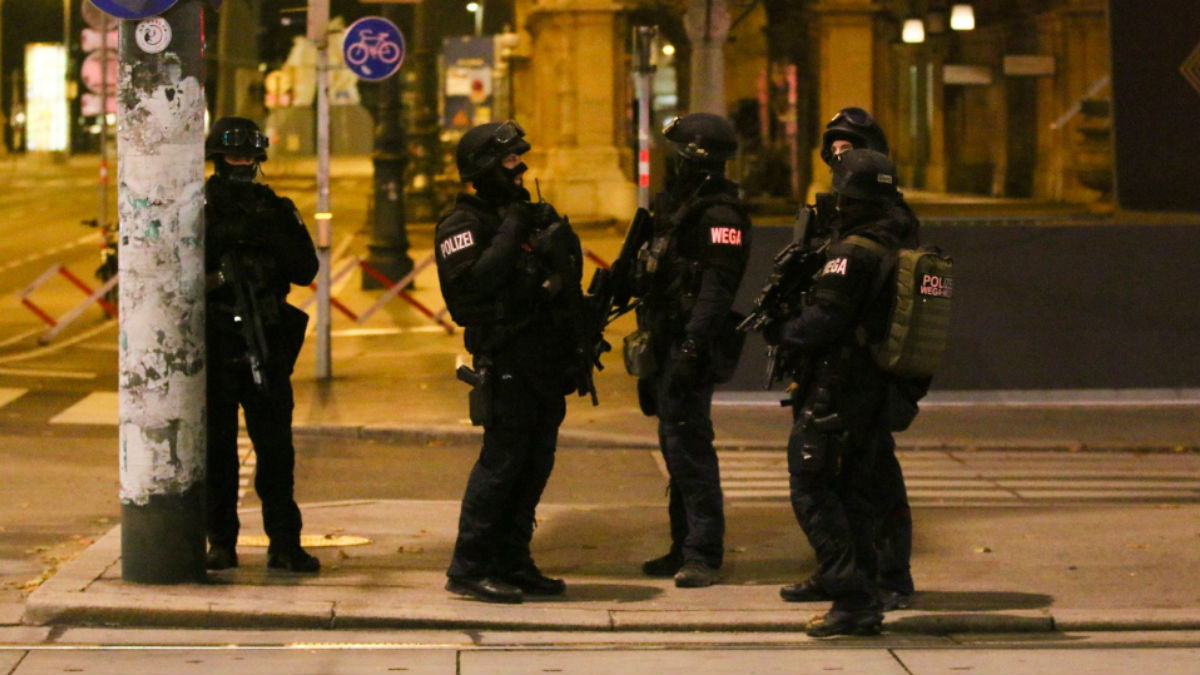 The Balkans, Islam and Islamism – Impact on Austria
Tags: EuropeGreeceLibyaSyria
No Result
View All Result