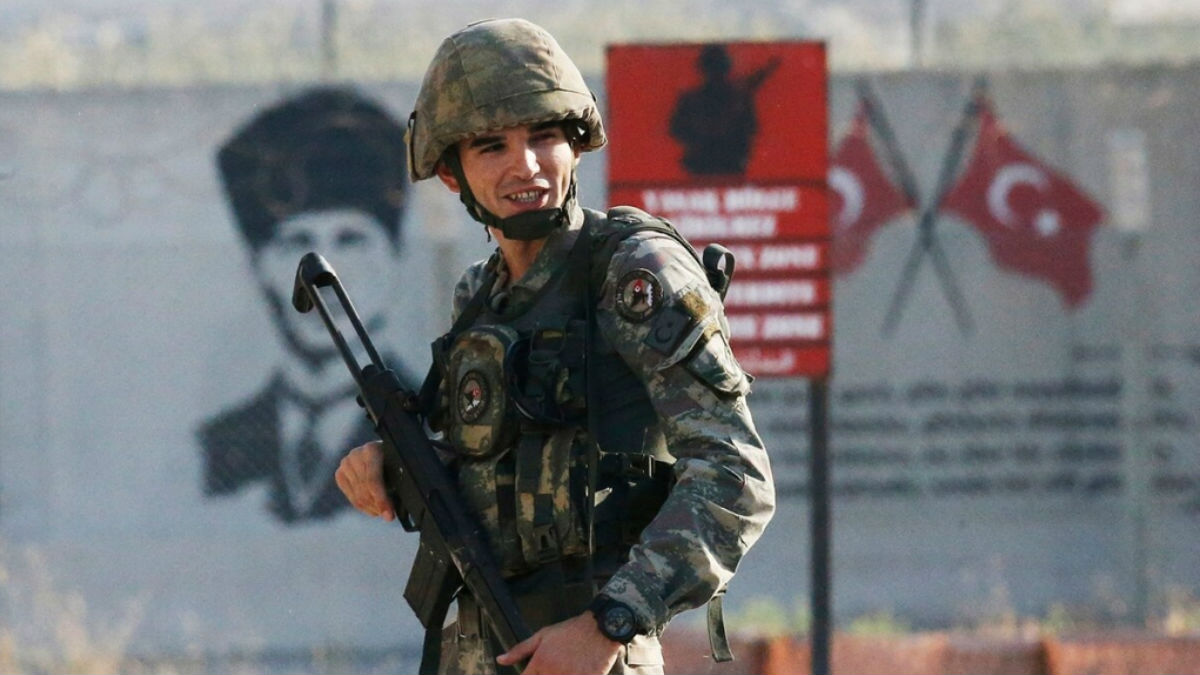 Turkey is inside a circle of flames, this is what the Turkish Chief of Staff Hulusi Akar said, and he is stating nothing but the reality of the situation in Turkey, after the death of 33 Turkish soldiers, and destroying a military convoy on its way to Idlib. This incident should be the start of a new phase in the Turkish-Russian relations, a phase with a winner and a loser over the Syrian territory, a phase that will put on stake the reputations of both Russian and Turkish leaders, whose narcissism has always been reflected in their policies.

It is senseless thinking if the Assad regime is the one who carried out that operation, even though its warplanes had flown over Idlib, but we know the military operations are still managed by Russia, and the decisions are being made in Hmeimim airbase, not in the Presidential palace of al-Muhajirin. This means that the conflicting parties in Syria became more identified; so, with clear words, we can say that the war in Syria is a Turkish-Russian war, and other parties such the Syrian armed opposition or the Assad regime forces are not more than proxies.

As a result, we are in front of a new phase, a phase completely different from the previous ones and from the ones to follow, we are facing a new chapter a new title:

What If Russian-Turkish War Starts?

This title reminds us of the past of the two countries; a past where they had waged several wars, in total 16 wars, and Turkey had won none of them. Russia has always been a foe of the Ottoman Empire, and we assume that Turkey will never forget the war of 1783, when the Russian Tsar’s forces occupied Crimea, and it was the first time that the Ottomans lost an Islamic zone. Then the Russians continued reinforcing their presence in the Black Sea, which led to huge losses for the Ottomans, for more than a century not only in the Caucasus but in the entire Balkan region.

There is no doubt both presidents [Putin and Erdogan] are now recalling the historical events, when they observe the present, and this means that one of them stands on the top of the tree and the other doesn’t try to pull him down; in other words: The Russian President will not lend a helping hand for his “bitter” friend, while his friend became entrapped in a very dangerous confrontation. This confrontation is dangerous due to several facts:

According to observers, Turkey is extremely fragile now, even within the framework of the ruling party, which may suffer some splits, especially with Abdulla Gul’s latest statements –a former Turkish president and close ally to Erdogan – criticizing Erdogan’s interior and exterior policies.

What’s the solution for Erdogan?

Erdogan may carry out the adventure of fall! But in this situation he tends to push the European countries to push the Russians in their turn. By doing so, he uses the winning card of the Syrian refugees. As for the Americans, the U.S. President gives big applause to Erdogan without providing him with solidarity and without being his partner in this battle; on the contrary, Trump is the partner of Erdogan‘s enemies, the SDF.

We see that Erdogan is now onboard the sinking boat, so, if he jumps in the water he will drown, and if he stays onboard he will drown with the boat, and there is no doubt that the Russian president will insist of drowning his foe, so no one can give Erdogan a lifeline in any of the compromises that was on the table before the military operation which led to this situation.

The biggest challenge will be the negotiations which may determine everything with an eye blink.

In any case, the Syrian blood was, and is still on that table and all the parties are using it!