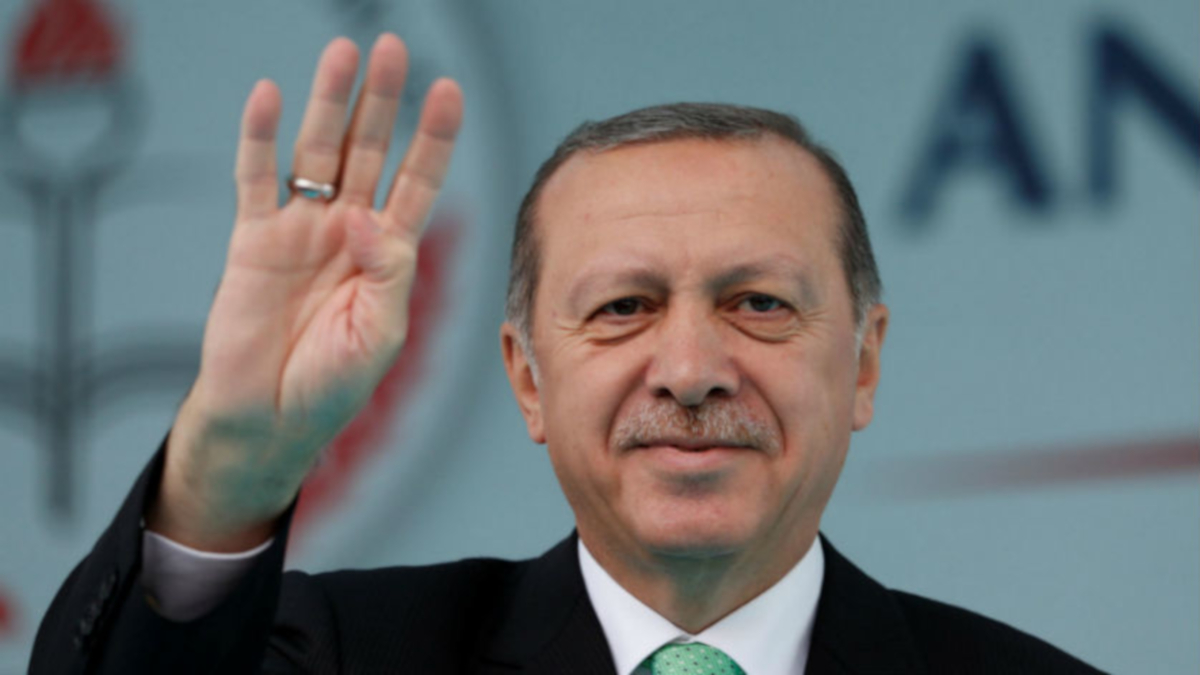 Independent journalists investigated on how Erdogan’s government together with supporters of the Muslim Brotherhood tries to indoctrinate refugees fled to Turkey. The results of the investigation show how the Brotherhood’s ideology in Turkey spread through private schools supported by Qatar and Turkey.

According to the sources Ankara and Doha were not limited to funding people from the Syrian branch of the Muslim Brotherhood, as is the case with prominent Syrian opponent Nazir al-Hakim, who received huge sums from Doha. According to the recently published book by two French journalists named „The Qatar Papers“, the two capitals had gone to finance civil institutions to achieve special ideological goals.

Along with Doha, Ankara has supported hundreds of Syrian schools on its soil in recent years, particularly in the southern areas bordering Syria, where hundreds of thousands of Syrian refugees live.

Most of these schools look from within as Sharia schools. A number of them, according to the testimonies of parents who are receiving education there, the small girls e.g. are required to wear the hijab.

According to the report, Ankara uses some formations of the so-called Syrian opposition as a front to finance such projects, which adopt the ideology of the Muslim Brotherhood.

“The school where I am teaching receives direct funding from Qatar through a Syrian cleric,” said a Syrian primary school teacher in Shanli Orfa canton.

“The school sometimes receives additional funding from Ankara through Syrian civilian institutions,” said the teacher, who refused to be identified for fear of prosecution.

These schools are specialized in primary education from grades 1 to 4, focusing mostly on religious curricula and Turkish language as well as Arabic as a secondary language.

Turkey also has Syrian schools for the preparatory stage, but the Turkish authorities do not recognize their certificates. The same applies for secondary schools, as Ankara also does not recognize the secondary certificates issued by these schools. Furthermore, Syrian students wishing to join Turkish universities are required to be subjected to an additional admission examination.

Sources say, „the goal of all these schools is to spread the ideology of the Muslim Brotherhood among the pupils, in addition to teaching the Turkish language.” Ankara seems to be trying to expand its Brotherhood project with its latest decision.

At the beginning of next academic year, Turkey intends to cancel all Syrian schools on its soil and integrate them with Turkish educational institutions without declaring the reasons for this decision.

The number of Syrian schools in Turkey has shrunk to a large extent at the beginning of the current school year.

Some of the managers of these schools link their numbers down to the “drop in the budget allocated to finance their schools” in conjunction with the economic crisis experienced by the country.

Schools of “Imam and al-Khatib”

As a result of the decline in the number of Syrian schools, the Syrians go to the preparatory stage to receive education in the Turkish “Imam and al-Khatib” schools, which are distributed throughout the country. These are often not mixed schools and are primarily concerned with legitimacy and religious sciences.

The schools of “Imam and al-Khatib” and other Turkish government schools provide a symbolic amount of money between 15 and 20 US dollars for whoever joins their ranks, which increases the proportion of Syrian students due to difficult living conditions, mostly in Turkey.

A number of Syrian students say to al-Arabiya Net, „our children are forced to study in these schools due to our poor economic situation,” while other students voluntarily attend such schools on their own initiative.

These schools – whose numbers have doubled in recent years – were called “Imam and al-Khatib” because of the number of imams and preachers who graduated from them.