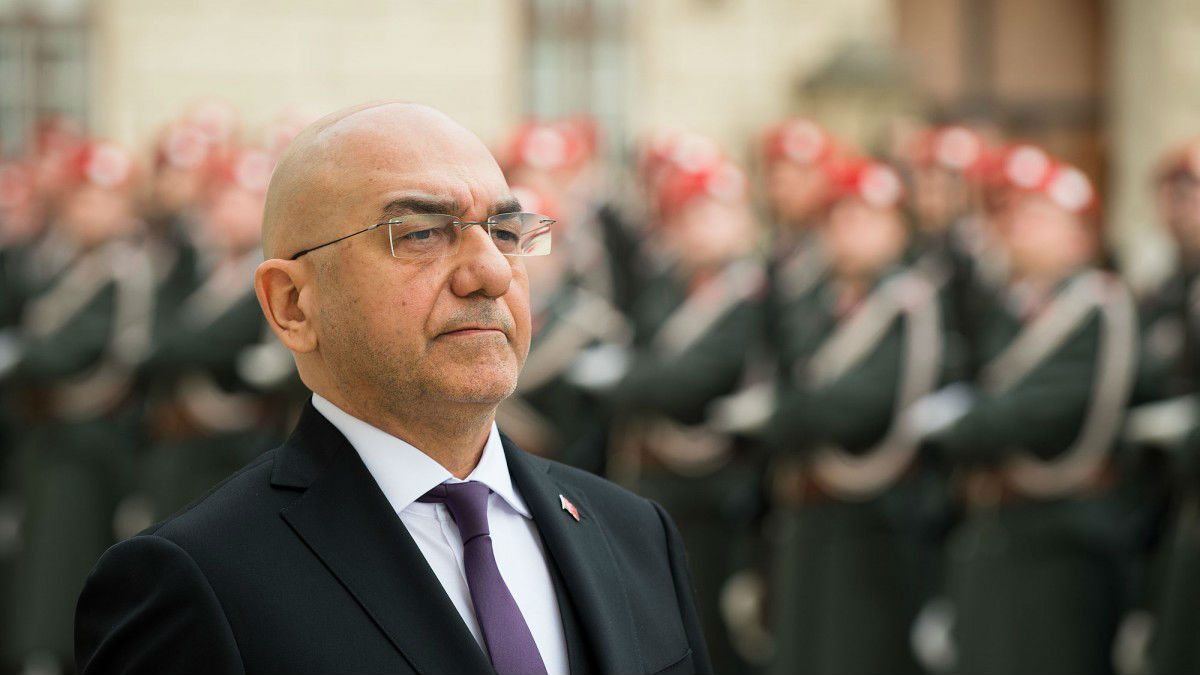 Ozan Ceyhun is critical of Christian festivals and lets his wife kiss his hand in public. Turks are already wondering whether the German citizen, serving as Ankara’s envoy in Vienna can still be presented as a Turkish representative in Austria’ capital.

“We are going step by step back into medieval darkness …!” – this tweet from a Turkish woman living in Florida reveals the fame, Mr. Ceyhun has now achieved in the Turkish diaspora. At the end of May, he caused outrage with statements about Christmas that were considered derogatory. In addition to a video with the corresponding statements by Ceyhun at a Ramadan event close to Erdogan-related associations in Vienna, a speech by AKP MP Zafer Sarikaya, who joined the event via video from Istanbul, praised the founder of the in the Islamist Muslim Brotherhood, Hassan al-Banna.

The diplomat felt wrongly translated and misunderstood, but after apologizing for the Austrian integration minister Susanne Raab (ÖVP), he also apologized publicly.

But immediately afterwards, the ambassador made a next dubious step, causing less head-shaking in the West than in liberal Turkish circles. A photo shows the couple Ozan and Azize Ceyhun: he stands in front of her, shakes her hand, she humbly bows, takes his hand and leads her to her forehead. For legal reasons, the snapshot taken at the embassy in Vienna cannot be printed, but can be found quickly on Google Images.

For the Islamic scholar Abdel-Hakim Ourghi, the message of this scene is clear: “This is blind devotion. The sign shows that the woman is owned by the man. This is Islamic conservatism: I kneel before God and before you. I am your property,” said the scientist.

The ambassador’s wife posted the photo on her Twitter account and sparked a storm of protest in the Turkish diaspora last week. “The ambassador disturbs the minds and peace of the Turks in Austria,” one Turk said. “Neither the man is the master of the woman nor the woman is the slave of the man; if a hand is to be kissed, then that of the woman,” says another comment.

The photo has now disappeared from Azize Ceyhun’s account, but continues to circulate on the web. The ambassador considers the photo to be “stolen” and wants to take legal action.

The criticism of Ceyhun, however, draws more circles. In any case, the diplomat, who has been stationed in Vienna since February, is struggling with a wryneck image. Before his mutation into a glowing Erdogan fan, the German-Turkish dual citizen was an EU member of the Greens (1998-2000) and then the SPD (until 2004).

Now his diplomatic skills are also being questioned. The exile Turkish internet portal arti49.com, located in Germany, headlined a long article about Ceyhun and the recent incidents in Vienna with the question: “Will he be declared an unwanted person?” “The number of those who think Ozan Ceyhun violates common practice diplomacy, is increasing, a great disrespect for the country in which he is an ambassador”. Ceyhun appears “more as a militant AKP member than as a diplomat”. The debate is fueled by a joint letter from 500 former Turkish diplomats. Although it does not explicitly mention Ceyhun, it does contain criticism that also seems to be focused on him. “Some of those who now work in the (Turkish) Foreign Ministry believe that they will be successful if they show the style and discourse of the President in their missions abroad,” said a high-ranking ex-diplomat. He strongly advises against it: “Ambassadors should not represent parties and politicians, but the Turkish nation.”

However, the ambassador and the Turkish associations loyal to Erdogan are increasingly under surveillance.