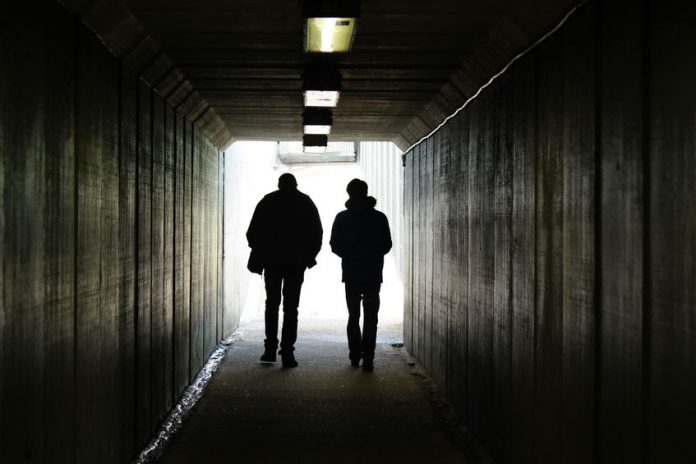 European security agencies report an increase in Turkish spying activities across the Union. They accuse the government in Ankara of using human resources to infiltrate Turkish communities, together with a spyware that can be downloaded legally as an app for mobile phones.

Just recently, the Austrian interior ministry has confirmed that three Austrian Turks were detained on suspicion of spying on dissidents for the Turkish intelligence (MİT) and were released pending trial after questioning. The suspects reportedly provided information to Ankara on followers of Turkish Muslim cleric Fethullah Gülen.

The Turkish government accuses the Gülen movement of masterminding a failed coup back in 2016 and labels it a “terrorist organization,” although the movement strongly denies involvement in the coup attempt or any terrorist activity.

On June 20, the police raided two houses and detained three people who reportedly gave information about 800 members of the Gülen movement to the Turkish intelligence service MİT. During searches of the suspects’s houses, numerous data carriers, cell phones and blank-firing guns were seized. The suspects were released after questioning.

Spying activities are not done by professional agents of MİT alone, but also by ordinary members of Turkish communities throughout Europe. To inform Turkish authorities about critical voices within the diaspora groups, an app is used that can be downloaded for free on several app stores. Turks who are critical of the government in Ankara and the ruling AKP party are apparently denounced in EU states with a strong Turkish population with the help of an app from the central authority of the Turkish police. The smartphone application is called “EGM Mobil”. The abbreviation EGM stands for “Emniyet Genel Müdürlüğü”, the central authority of the Turkish police. The app is available for free download in the Google Play Store and in the Apple App Store and makes it possible to report critical comments from people of Turkish origin in social networks directly to the Turkish authorities.

In the Google Play Store, however, the application is advertised in Turkish quite harmlessly as a way of using the services of the Turkish police, for example to receive online notifications for parking space queries or to access complaint forms. It is not known how many people in the EU have already used the system. The corresponding app stores would not have given any information on request. However, the Google Play Store states that the app has already been installed more than 100,000 times.

The Turkish police have been taking action against government opponents on the Internet for months. This is confirmed by the figures that the Turkish Ministry of the Interior reports. According to researches, more than 20,000 procedures were initiated in Turkey in 2021 alone because of statements critical of the government in social networks. Numerous cases were based on tips from paid and voluntary informers.

But how does that work in practice? The app contains a mask in which the personal details of the whistleblower, the reason for the report, the facts reported and the address or contact details of the person reported can be entered. It is relatively easy to add images and documents to the display. By sending, the reporting goes directly to the Turkish law enforcement authorities. The denounced person only finds out about the complaint when entering Turkey because Turkish authorities are waiting for them at the airport or train station. The target group of the app is clearly defined: government supporters who are called upon to find and report “traitors to the fatherland”.

160,000 procedures are currently pending for insulting President Erdoğan – it is unclear how many of these started with the app alone. Over the years, however, there have always been reports of how regularly the app was used for precisely these purposes.

Above all, the app ensured that the opposition circles, which had previously been symbiotically connected, no longer trusted each other. The search for “enemies” was triggered by the induced fear of possible betrayal – anyone could report anyone. “That was probably the greatest damage caused by the app and similar tools,” and expert says.

The attorney of the Turkish Consulate General in Munich, Serdal Altuntas, was named as the initiator of the app. In a 2018 interview with German TV, he was quoted as saying: “It can’t be that someone here in Germany is making propaganda for the PKK, that’s the terrorist organization, and Turkey doesn’t notice anything about it.” He also goes on to say that the legislation in Turkey was changed at the time so that criminal charges could be filed from anywhere in the world. With this app, the right tool was created.

The ratings of the app mainly show gratitude. For example, a user writes: “Very nice application. It’s now easy to complain about traitors.” So denouncing as an expression of Turkish lifestyle in Europe? For Erdogan, the app is probably an important tool for Turks living abroad in the „fight against evil“: “Wherever our people are, if someone notices that someone is misbehaving, they should notify our security forces. That makes it easier for us the work,” he said 2020.