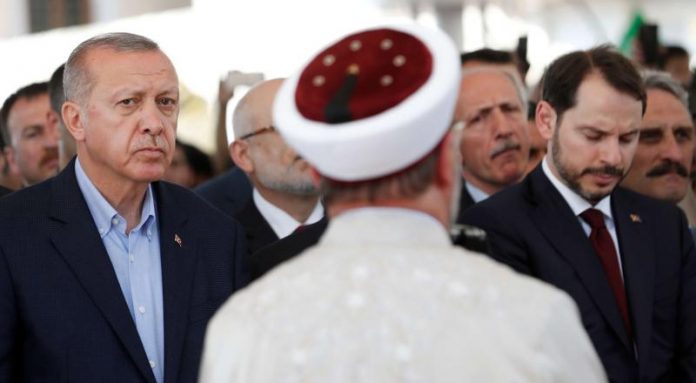 The Turkish opposition joins voices calling for improving relations between Turkey and Egypt and resolving any contentious frictions after years of strained relations, since Cairo had accused Ankara of interfering in its affairs and harboring figures on the terrorist list of Egypt.

Unal Chevkuse, foreign affairs spokesman of the Turkish social democratic party CHP indicates that Turkey’s ruling AKP messes up policies, believing that it would be good for the country.

Chevkuse reveals that the party discussed the issue of relations with Egypt in a meeting, before the Turkish foreign minister Mevlut Cavusoglumade a statement about the Turkish government’s desire for rapprochement with Egypt, stressing that the opposition has the same opinion about Egypt and that it has advocated for it a lot over the past years.

Turkish President Recep Tayyip Erdogan expressed in a press conference middle of this month his government’s desire to continue diplomatic meetings with Egypt and seek to develop them, noting that the current bilateral relations are disrupted.

The Director of the Bibliotheca Alexandrina, Mostafa El Feky, indicates that there are two reasons for the AKP government’s haste to improve its relations with Egypt:

The first is related to foreign policy and international volatility, especially with the arrival of Joe Biden’s democratic administration to the White House; while the second is related to the great opposition to Ankara’s eastern Mediterranean policy by Western countries.

“At least Turkey’s defeat in Libya on the political side and not on the level of military confrontation joins these matters, as Erdogan did not achieve the goals he was aiming to achieve politically there,” he says.

El Feky also considers that the Gulf-Egyptian reconciliation with Qatar has changed the status of alliances in the Middle East, after that reconciliation which was held in the Saudi city of Al-Ula, Turkey is no longer able to build strong alliance with Qatar. This forced it to try to make changes to its policy in general and towards Egypt in particular.

During the Gulf-Egyptian boycott of Qatar, Turkey sought to build a strong alliance with Doha by sending thousands of Turkish soldiers to Qatari military bases, but political analysts said the reconciliation held earlier this year limited the strength of the Ankara-Doha alliance

As for the internal level, El Feky believes that the Turkish government is under a great state of internal pressure from Turkish parties, due to the fact that the AKP is housing hundreds of leaders of fled Egyptian Muslim Brotherhood members in Turkey, especially since this issue led to the loss of relations with Egypt, which has no less power than Turkey.

It is noteworthy that Turkey’s hosting of a large number of MB leaders since 2013 has caused criticism by the Turkish opposition parties, particularly as it has affected trade and economic relations between the two countries, which had risen from 2.9 billion to 5 billion dollars before 2013.

Sayed Abdel-Ghani, a researcher on Islamic movements’ affairs, considers that MB will be the most affected party by any Egyptian-Turkish rapprochement, especially with Egypt’s conditions for handing over MB leaders residing in Turkey. He points out that Turkey has realized that counting on the MB to enhance its influence in the Arab region is a lost bet, especially after the fall of the MB rule in Libya and Egypt, and the deterioration of political situation in Tunisia where the Ennahda party is ruling.

“Turkey believed that the Arab Spring revolutions would produce governments affiliated with MB in the region, but that belief is changing today, as we see a state of rejection in the Arab streets in general, of the movement’s presence within the political system. Consequently, changing the foreign policy has become an inevitable matter for the Turkish government, especially in light of the Biden administration, which does not show any leniency with the AKP government,” he indicates.

Abdel-Ghani considers that the Gulf-Egyptian axis was able to outperform the Turkish axis in the region’s issues.

Informed sources have revealed that Turkish intelligence has restricted financial transfers made by MB leaders. This step is the first of its kind by the AKP government against the group it supports.

The sources also revealed last week that MB leaders held meetings in London. Those meetings focused on the issue of Turkish-Egyptian rapprochement and its repercussions on the MB leaders residing on Turkish territory.