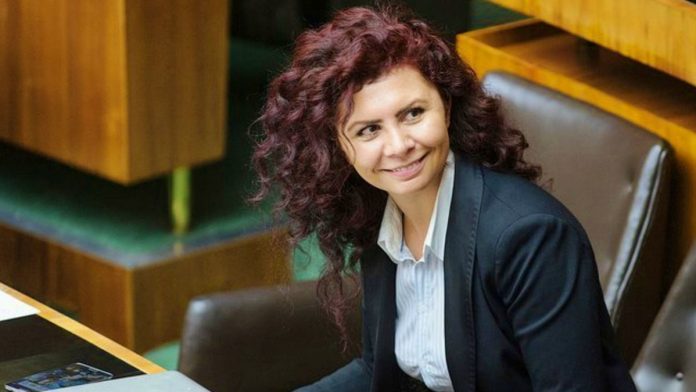 Feyyaz Öztürk, an ex-agent of the Turkish secret service MIT, brought with his testimony an employee of the US consulate general in Istanbul into a Turkish prison back in June 2020. Now he confesses in Vienna that he was forced to give false testimony in Istanbul. The Vienna public prosecutor’s office is investigating against him for espionage and the formation of a criminal organization, Öztürk is in custody.

On September 15, 2020, a 53-year-old man is standing in front of the Austrian „State Office for the Protection of the Constitution“ on Schottenring in Vienna. He introduces himself as Feyyaz Öztürk, shows his Italian passport and claims to have been commissioned by the Turkish secret service MIT to assassinate Berivan Aslan, an Austrian green politician with Kurdish roots.

The officers take him to the third floor and begin the questioning. They ask about the murder assignment, about accomplices, about MIT. Then suddenly they change the subject: “What do you know about Metin Topuz?”

Öztürk replies: “He stands between the DEA and the Turkish authorities.” That’s true. As an employee of the US Consulate General in Istanbul, Topuz was the contact person for the US Drug Enforcement Agency DEA. On June 11, 2020, Topuz was sentenced by a court in Istanbul to eight years and nine months in prison. The accusation against him was: membership in the Gülen movement and participation in the preparation of the Gülen coup.

Topuz still denies all allegations. But the testimony of a key witness led to his conviction. The key witness was Feyyaz Öztürk. Now, in September 2020, Öztürk reports to the Viennese officials how a false statement against Topuz was pressed: “They put me in as a witness and presented me with a blank paper, which I had to sign.”

Öztürk was under pressure: “They always do it that way… They throw you in jail for two to three years, even without evidence. After this time they release you and say “Sorry.”

The false testimony extorted from Öztürk dates back to October 5, 2017. Shortly after, Topuz was imprisoned. But Metin Topuz’s lawyers wanted to cross-examine Öztürk personally as a witness. The judge postponed the main hearing to March 10, 2020 to summon Öztürk, who was now an Italian citizen. But Öztürk didn’t come.

On June 11, 2020, the judge gave up the attempt to summon Öztürk and closed the proceedings. Then he announced the verdict.

In his interrogation, Öztürk admits to having worked for the Turkish secret service MIT for years. MIT trained him and ended up paying him a pension.

The Turkish embassy in Vienna meanwhile made the following statement: “It was clearly established that the person in question has no ties to the Turkish secret service and that the allegations are not true.” The embassy does not provide any answers to specific questions.

But the Vienna public prosecutor sees it very differently. It is now investigating under 48 St 47 / 20k-8 against the accused Öztürk because of § 319 StGB – “Military Intelligence Service for a Foreign State” and § 278 StGB – “Criminal Association”. The “foreign state” is Turkey and the “criminal organization” is its intelligence service MIT. Öztürk was arrested and is in custody.

The investigation should clarify who gave Öztürk the murder order against Berivan Aslan. But above all, they should investigate one thing: precise knowledge of the MIT network in Vienna, Innsbruck, Belgrade and Ankara. MIT’s political traces lead to the Turkish embassy in Vienna and the government in Ankara.

Due to the false testimony of the MIT key witness, an employee of the US Consulate General is in a Turkish prison today. On the day of the judgment, US Secretary of State Mike Pompeo protested against the “unfounded allegations” against Topuz. The verdict “undermines trust in the institutions of Turkey”. For Pompeo, the basis of Turkish-American relations has been attacked.