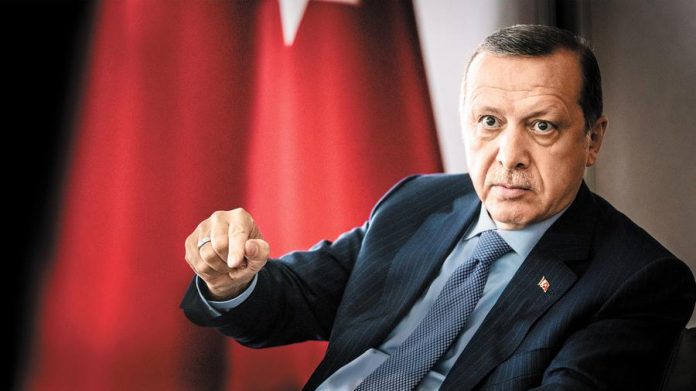 Turkey has been left out for a long time. But now it should go quickly. It will be the last G-20 country to ratify the Paris Climate Agreement. Turkish President Recep Tayyip Erdogan recently told the United Nations in New York that Parliament in Ankara will quickly complete the ratification process before the next international climate conference begins in Glasgow on November 1.

Erdogan is thus moving away from its previous stance against the agreement, in which 195 contracting parties made a legally binding commitment on December 12, 2015 in Paris to limit man-made global warming. Soon after signing, he backed out. He rejected the classification of Turkey as an industrial nation. As part of the agreement, the industrialized countries have to finance all investments required to reduce emissions from their own resources and, moreover, pay them into a pot that provides poorer countries with funds for climate protection.

Rather, Turkey, which as an OECD member officially belongs to the group of industrialized nations, should, according to Erdogan’s ideas, like China and Saudi Arabia, be seen as an emerging country that can obtain international finance cheaply to reduce emissions and receive money from the fund. The then French President Franois Hollande also assured him that, Erdogan emphasized repeatedly.

Recently, Turkey has invested heavily in the expansion of renewable energies from its own resources. At present, the capacities for generating wind and solar energy as well as geothermal energy with 14,000 megawatts contribute 16 percent to the installed capacity of all energy sources. According to government information, capacities are to increase to 35,000 megawatts by 2027. However, the government is still issuing licenses to mine coal and there are widespread fears that the recent discoveries of oil and gas in the Black Sea and Mediterranean could ease pressure on the government to vigorously expand renewable energies.

Erdogan’s U-turn has to do with the fact that he can no longer demand more money for Turkey’s climate policy in the slipstream of former US President Donald Trump, who had declared the United States’ withdrawal from the climate agreement. The country also experienced a summer of devastating natural disasters that raised Turkish awareness of climate change. First the largest forest fires in the history of Turkey raged along the Mediterranean coast, then at least 82 people died in flash floods in the north of the country.

In society there is increasing pressure on the government to give climate policy a higher priority. In June, in a survey by the German Marshal Fund, 83 percent of the Turks questioned said that their government and their country should do more in the fight against global warming. 95 percent of Turkish youth consider climate change to be one of the greatest threats to their country. This year, 24 Turkish cities and municipalities, in which a quarter of the population lives, joined forces and demanded that the government finally ratify the Paris Climate Agreement.

The 37 non-governmental organizations that have formed the Research Center for Sustainable Economy and Finance (SEFIA) also want to increase this pressure on the government. Bengisu Özen, the director of SEFIA, observes that climate policy and the setting of climate targets are playing an increasingly important role in international relations. Turkey is not involved in this. The Turkish opposition emphasizes that climate policy is solely a question of political will. The will that the government is showing in megaprojects such as the construction of a canal parallel to the Bosporus must also be shown in climate policy.

Climate change is also one of the major future topics in Turkey. It will play a central role in the parliamentary and presidential elections, which must take place by June 2023 at the latest. Of the 60 million voters, five million will vote for the first time. In this “Generation Z”, approval for Erdogan’s AKP is very low, especially in the cities. If Erdogan does not want to completely lose the votes of the young voters, he cannot leave this future issue entirely to the opposition.

The ratification of the Paris Climate Agreement has further advantages for Erdogan. Climate policy is one of the few areas in which Turkey can work closely with the EU. The government in Ankara is already holding talks with the Vice President of the European Commission and Commissioner for Climate Protection, Frans Timmermans. The creation of a system for emissions trading in Turkey was recently discussed.

The pressure to do more for climate policy is not only increasing in Turkey in civil society and among young people. The Turkish economy is also pushing for it. The leading trade associations expect the EU to increasingly link its foreign trade to the condition that its trading partners meet the requirements of the Paris Climate Agreement.

Erdogan’s announcement to the United Nations came a few days before the general election. In Turkey, a new federal government is expected to deal tougher with Ankara than the last. It was convenient for Erdogan that with the ratification of the Paris climate agreement, he offered one less surface to attack.