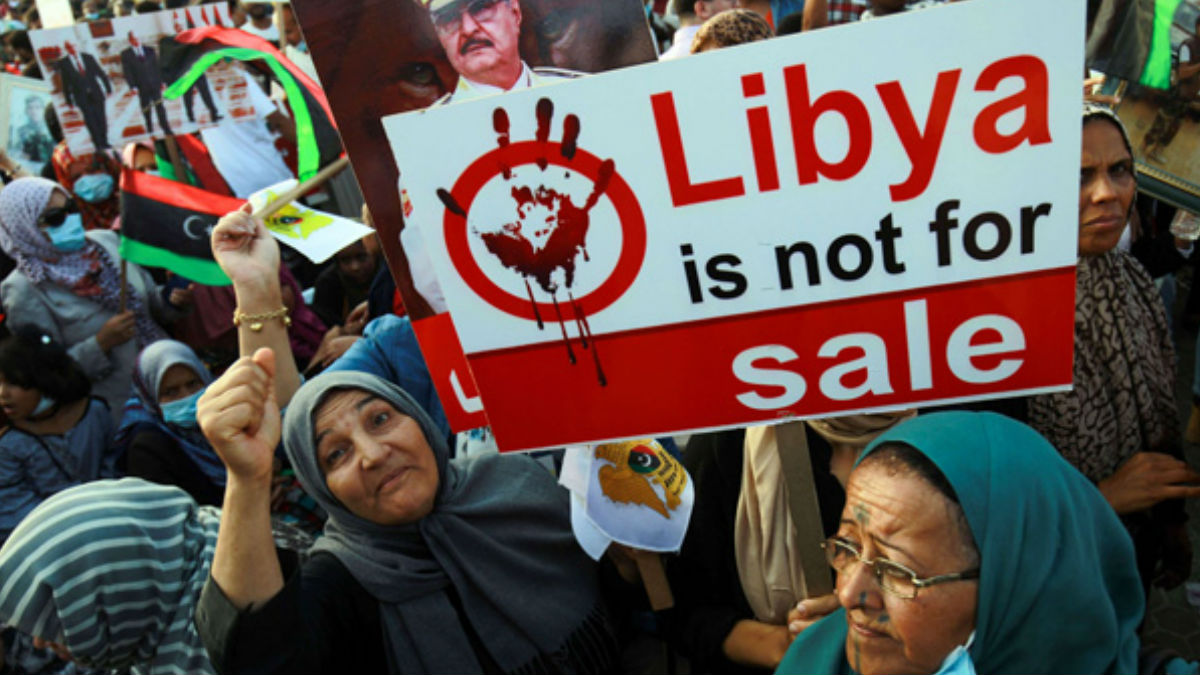 Germany, France and Italy threaten to punish countries that violate the UN arms embargo on Libya. “We are ready to consider imposing sanctions if violations of the embargo at sea, on land or in the air continue,” German Chancellor Angela Merkel, French President Emmanuel Macron and Italian Prime Minister Giuseppe Conte said in a joint communiqué on July 18.

No specific states that could be considered for sanctions were mentioned in the declaration. However, France has long accused Turkey of violating the current EU arms embargo by delivering arms to the troops of the Libyan unity government.

Turkey, on the other hand, accuses countries like the United Arab Emirates of violating the arms embargo by supplying arms to government opponent General Khalifa Haftar. Turkish Foreign Minister Mevlüt Cavusoglu recently even said that France is also sending weapons to the „illegitimate Haftar“.

Civil war has been raging in oil-rich Libya since the downfall of long-term ruler Muammar al-Gaddafi in 2011. Government troops are supported by Turkey, Haftar in turn by Egypt, the United Arab Emirates and Russia. All attempts to mediate in the conflict have so far been unsuccessful – including a Libya conference in Berlin in January.

With the declaration, Germany, France and Italy are now tightening their tone. All Libyan parties, as well as their foreign supporters, are called upon to immediately stop hostilities and military build-up across the country, the text published on the fringes of the EU’s Special Summit between July 17-19 said. It also called on all foreign actors to “end their increasing interference and fully comply with the arms embargo imposed by the United Nations Security Council.”