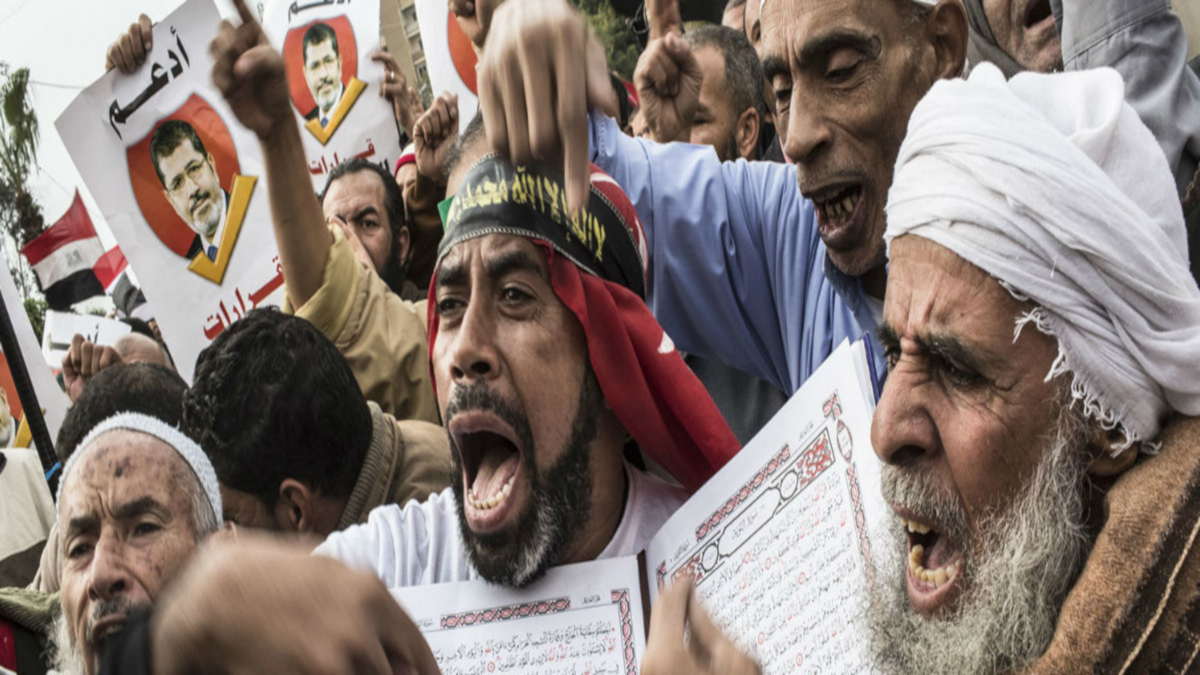 Europe is in need to fighting the increasing influence of the Muslim Brotherhood and it should become its top priority. The EU institutions and the national governments of its member states have to realize the following: When the Brotherhood cannot come in through the door, they go through the window — currently via the window of your computers and smartphones.

The European Council for Fatwa and Research recently launched what it called a “Euro Fatwa App” out of Dublin. Its main audience was Britain and it was heavily promoted by mosques in the UK that are affiliated to the Muslim Brotherhood.

The head of the organization behind the app was a certain Yusuf Al-Qaradawi, a Qatar-based Egyptian cleric considered to be the spiritual head of the Muslim Brotherhood. Al-Qaradawi was banned from entering the UK in 2008 and is also banned from entering France, the US, the UAE and Ireland, amongst other countries, because of his extremist views. What the app aimed to do was exploit technology and infiltrate the homes of ordinary Muslims in Britain. He may have been banned from physically entering the UK, but Al-Qaradawi’s app was to become a vehicle for his extremist preaching. It was based in Dublin, possibly as a test by his organization on British-European cooperation amidst the Brexit negotiations.

The app included many extremist and anti-Semitic views. It aimed to not only incite anti-Semitism, but also to isolate Muslim communities from mainstream European life.

Lawmakers in both the UK and Europe were made aware of the app. And, after Google was alerted to its existence by the Sunday Times, the company acted promptly and banned the app from its store. It was a victory for common sense and an example of how Britain needs to work closely with Europe in combating extremism.

The app was one example of the dangers that all of Europe faces, whether the UK is inside or outside the EU. The most potent and dangerous organization that operates across Europe with apparent immunity is the Muslim Brotherhood. The app was an example of one of the tools it uses, but it has many others at its disposal, including charities, madrasas and businesses.

Extremists adapt rapidly to changing circumstances and they are quick adopters of technology. The time has come for a serious review of the activities of the Muslim Brotherhood inside Europe. European countries, including Britain, need to look internally at the threat. This should not be connected to the activities of the extremist group outside of Europe. Informal inter-European cooperation on the app was an example of how effective collaboration can be.

It is time European governments took the issue of the Muslim Brotherhood seriously. Europeans deserve to know what this group is doing on the continent. Governments need to support the anti-extremism fight that ordinary, moderate Muslims are involved with daily. Europe can only hope that they act before it is too late.