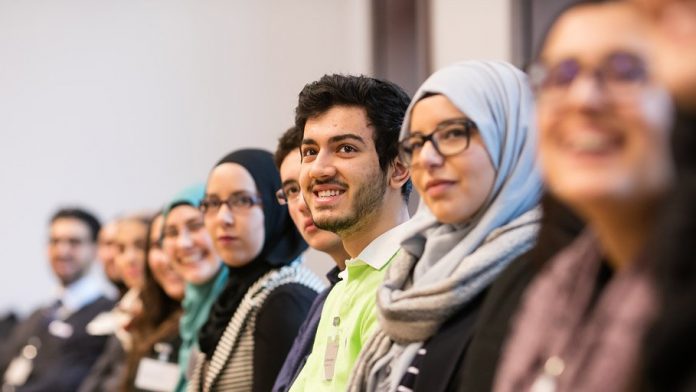 Fake news is increasingly becoming a problem on social media. These mainly influence closely connected groups, which primarily exchange information on such channels and get their information from there.

This also applies to migrant groups from the MENA region, who have now found their new center of life in Europe.

A recent example of hate speech and disinformation is provided by videos and statements by a Palestinian imam, who in February was already spreading lies and hate speech on social networks aimed at Muslims in Europe in order to incite them against the states and societies there. In Scandinavia in particular, there are currently increasing protests, even violent riots by groups with a migrant background, who take the fake news from social networks for facts.

In his articles, the Palestinian Islam scholar accuses Europeans of all conceivable atrocities: “Europeans practice bestiality, sleep more with animals than with people. Western civilization is inferior, stupid, racist.”

According to the Imam, Syrian refugees were driven to Europe by “oppressive Europeans” and the Europeans are the cause of the tragedies of Muslims. He also said that Western civilization “causes a man to oppress his brother and kill him without justification.” Furthermore, he claimed that when European colonists came to Muslim countries, they made the Muslims “more ignorant and superficial” in order to buy European consumer goods.

In another sermon, broadcasted on the Internet, the imam said that in democracies like Sweden, children are being taken away from their parents for “honor crimes”. He explained that this term means that parents enforce honorable behavior and do not allow their daughters to date boys, get drunk or wear revealing clothing. He claimed that 20,000 children of Syrian refugees who fled to Sweden were taken from their homes by the authorities. He also claimed that some of the Muslim children in democratic countries who are sent to “unbelieving parents” are being raped by their adoptive parents. He said, „this is what happens to Muslims under democratic rule.”

Sweden’s foreign ministry was forced to respond to the allegations on social media, calling them a “disinformation campaign” and saying such claims are “seriously misleading and aim to create tension and spread suspicion”. Social services don’t kidnap children. All children in Sweden are equally protected and cared for under Swedish legislation, including the UN Convention on the Rights of the Child,” referring readers to Swedish social services.

Facebook, Twitter and other platforms have championed their efforts to crack down on misinformation, politically divisive material and outright bigotry in the European Union. But such controls – and the resulting enforcement of these companies’ rules – were often absent from Arabic-language social media, based on analysis by Digital Bridge.

The failure of the tech giants to adequately monitor what is happening in Arabic – one of the fastest growing demographics on social media, based on new users each year with 350 million Arabic speakers worldwide – underscores the disparity between these companies’ attempts to address it. Many MENA countries are still blocked by sectarian tensions and where online hatred can quickly spill over into offline violence, the same applies to migrant societies in Europe.

“Groups don’t have to hide what they’re doing because moderation is so patchy,” said the executive director for Africa, the Middle East and Asia at the Institute for Strategic Dialogue, a think tank that tracks online extremism. He examined how a large amount of harmful Arabic-language content and state-sponsored disinformation remained rife online.

Media supported by Syria and Iran continued to promote pro-Russian narratives in Arabic with little or no content moderation. For example, an Iraqi news organization with ties to Iranian militias was able to buy Facebook ads spreading pro-Kremlin falsehoods about Ukrainian President Volodymyr Zelenskyy.

Companies such as Meta, Instagram, TikTok, Twitter and Telegram are called upon to assume their responsibility in the Arab countries as well: Here in particular they must take stronger action against hate speech, fake news and propaganda.