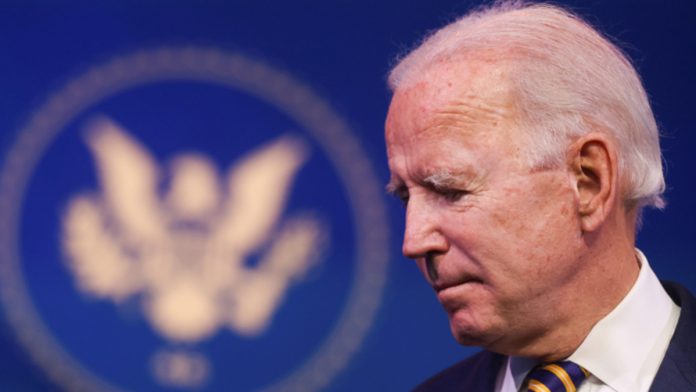 Iran recently suffered humiliating blows: Qassem Soleimani, the commander of the Revolutionary Guards, was killed last January. There is Iran, which is working on its nuclear weapons and not only threatening Israel, but also Saudi Arabia, the rival for regional supremacy. There is the contrast between the United Arab Emirates and Turkey, which is not only fueled by their leaders’ aspirations for greater power, but also largely from Ankara’s support for the Islamism of the Muslim Brotherhood. The battlefields are in crumbling states such as Syria, Yemen and Libya, where it is often not armies but proxy who fight each other. The leaders of the states in the region are dominated by a destructive logic of distrust and deterrence – and a constant fear of internal unrest.

The major fault lines in the region remain

There is no organizing hand in this chaos. Traditional Arab leaders, such as Egypt and Iraq, have enough to do with their own survival. Their oil dollar-rich successors in the Gulf have recently experienced the limits of their power. And nobody outside the region wants to play that role. Biden shares the unwillingness to wear himself out in the Middle Eastern conflicts, like his predecessors Obama and Trump.

The new peace treaties between Arab states and Israel, which Trump celebrates as his legacy, do not change the major fault lines in the region despite their symbolic radiance. The rapprochement between Israel and some Gulf states is less the result of US creative powers than a reaction to their withdrawal. For years, the Emirates have been linked with Israel in a discreet cooperation directed against Iran. It was driven not least by the realizing that there is no longer any “Pax Americana”.

Most recently, it was feared that the „lame duck“ Trump could start a war with Tehran at the end of his term in office. Now his allies in the Gulf can rest assured in a phase of moderation that opens ways out of the exhausting disorder. Saudi Arabia and the Emirates could learn from the failed Yemen campaign, end the pointless feud with Qatar and breathe new life into the Gulf Cooperation Council. Should the less powerful and less anti-Iranian monarchies have a say there, the demand for a new security architecture in the Gulf could be more than a conference slogan.

The US should verbally disarm under Biden

It is possible that Iran will also give its Arab rivals fewer needle sticks, because the regime in Tehran makes its behavior in the region heavily dependent on Washington. America is likely to verbally disarm under Biden, who is seeking new talks about the nuclear deal that Trump has canceled. The times when Iran seemed to be bursting with strength are over, anyway. The spectacular attack on the heart of the Saudi oil industry was more than a year ago. Since then, Iran has suffered humiliating blows: Qassem Soleimani, the spider in the web of the regime’s shadow armies, was killed last January, Mohsen Fakhrizadeh, a key figure in the nuclear program, was recently murdered on Iranian soil. The sanctions are affecting the Iranian economy in such a way that the daily struggle for survival undermines the authority of the regime.

But the dilemma remains: maximum pressure has not changed the behavior of the Iranian regime, but easing the pressure will also have little effect. Even if Tehran should moderate the tone in the nuclear dispute, the missile program, which the Arab Gulf states believe must be part of a new nuclear agreement, will not be up for debate. The Revolutionary Guard have also invested too much in the network of their representatives in other countries to be willing to give it away.

The situation in the region has proceeded in such a way, the destructive logics are so deeply anchored that, despite the fatigue, lasting relaxation can only be brought about with an international – including EU – effort. Otherwise, many future US presidents will not be able to avoid dealing with the disorder in the Middle East.