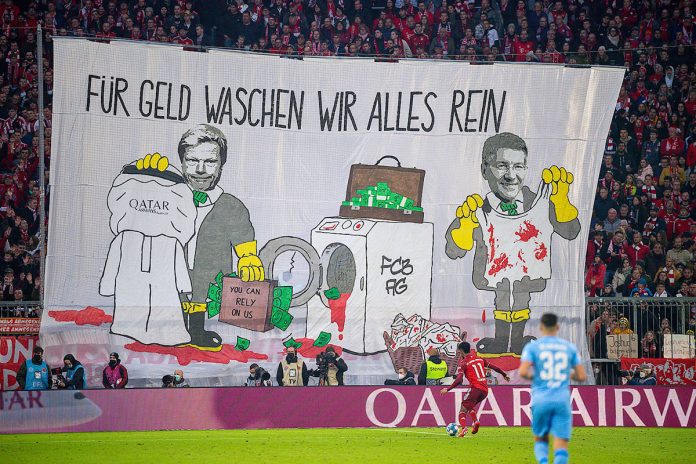 Oliver Kahn was once the reason that Michael Ott became a Bayern fan. As a child he watched the 2002 World Cup on television, he saw the goalkeeper’s parades that led Germany to the final. In 2007 he registered as a member of FC Bayern, mainly to get tickets for Kahn’s farewell game later, he said on Thursday on the phone. Trainee lawyer Ott, 28, has long since become a fan who opposes the business of FC Bayern AG and its CEO Kahn.

But his application had not yet been approved by the association last Thursday, a week before the meeting. And so Ott showed that he is serious: on Thursday evening, he submitted an application to the Munich District Court for a voluntary injunction to force the members to vote on his application. Before that, he had collected donations of more than 5000 euros for possible court costs within a few hours. The goal was 3000 euros. Even if his application was rejected by the local court on Friday and the regional court would now have to decide on a possible complaint – his concern has apparently hit a nerve.

The situation in the host country Qatar came back into focus one year before the start of the 2022 World Cup. The organization Amnesty International presented its new “Reality Check” on the situation of human rights in the emirate: Progress would stagnate, “old abusive practices” reappear. The allegedly dismantled Kafala system for migrant workers? “Massive exploitation” would continue. Furthermore, there is no well-founded explanation of the causes of many deaths on World Cup construction sites.

But beside Qatar’s bad record on human rights concerning the upcoming World Cup, the country has tight connections to key players of the Muslim Brotherhood, an internationally recognized extremist movement, acting not only in Muslim countries, but also in Europe.

The cooperation can be traced back to the 1950s and 1960s, when many influential Brotherhood intellectuals had to flee from Egypt in reaction to prosecution by the Nasser regime. Qatar provided refuge and since then the Gulf state has constantly played a major role in helping to promote concepts and ideas of the Muslim Brotherhood among the population of Arabian countries and – more recently – the Western world.

At the same time, the topic has been back on the agenda at FC Bayern since Otto’s application. At the home game against Freiburg, fans of the group “Munich’s Red Pride” hoisted a huge banner that showed Kahn and President Hainer with bloody clothes and the slogan “We wash everything clean for money”. In an interview, Josef Schuster, President of the Central Council of Jews, supported the application and criticized the association for doing business with the emirate. And so Otts engagement actually seems like a serious attempt to ring in the last chapter of an inglorious story for the German record champions.

Criticism of Bavaria’s business relations with Qatar, often in the form of posters in the fan curve, has existed for years. The club has been organizing its winter training camp in Doha since 2011, Qatar Airways has been a shirt sponsor since 2018, and the contract runs until 2023. Ott said he had a panel discussion at the beginning of 2020, to which fans invited workers from Qatar to Munich had, but FC Bayern declined the invitation. He was ashamed of his club, says Ott, who lives in Mainz and followed the media reports.

Since Qatar’s leadership apparently sympathizes with the Muslim Brotherhood and its leaders, it is no big surprise that there are reports that Qatar promotes the movement not only ideologically, but also logistically and financially. The Muslim Brotherhood maintains a dense network of associations, mosques and centers in Europe, which get funding from different Qatari organizations and foundations.

The Doha-based Qatar Charity plays a decisive role in this context, together with its British branch Qatar Charity UK. However, there are also payments directly made by the ruling Al- Thani family, by other Qatari foundations or private donors. Most support is given for combined mosques and cultural centers, which are typically managed by associations connected to the Muslim Brotherhood. Qatar Charity claims that it has already created 138 Islamic centers across Europe as part of the so-called “Ghaith Initiative”. These cultural and educational centers should “introduce Islamic culture and strengthen its presence in the private and public world within Western communities”, as Qatar Charity states.30 Parallels to Qaradawi’s fundamentalist concepts of coexistence instead of integration and Islamic pervasion of non-Muslim societies may be concluded.

The network of funding and its interplay is complex and often not easy to uncover. Nevertheless, in the range of the last 10 years at least 120,5 million euro of payments to organizations of the Muslim Brotherhood have been identified by media coverage and other issued documents.

Although many fans of FC Bayern are aware of those extremist ties by the club’s main sponsor, the management has been defending business in a similar way for years: they are looking for a confidential dialogue on social-political issues with their partners, the federal government has encouraged small and medium-sized businesses to do business with the emirate. It was rather new that the former CEO Karl-Heinz Rummenigge recently said openly in an interview with German broadcaster WDR that the contract had brought the association “good money”, which is important for paying for “quality on the pitch”. There is talk of 20 million euros annually.

Ott calls the behavior of the association “brazen” and “cowardly”. He sent the application to FC Bayern on time more than three weeks ago with a request for confirmation of admission. On Tuesday, after further inquiries and a threat of legal action with a deadline for Wednesday, he received an email from B. Folkmann, the managing director of FC Bayern e. V .: You will get in touch with him after the application has been examined. Ott suspects a “delaying tactic”.