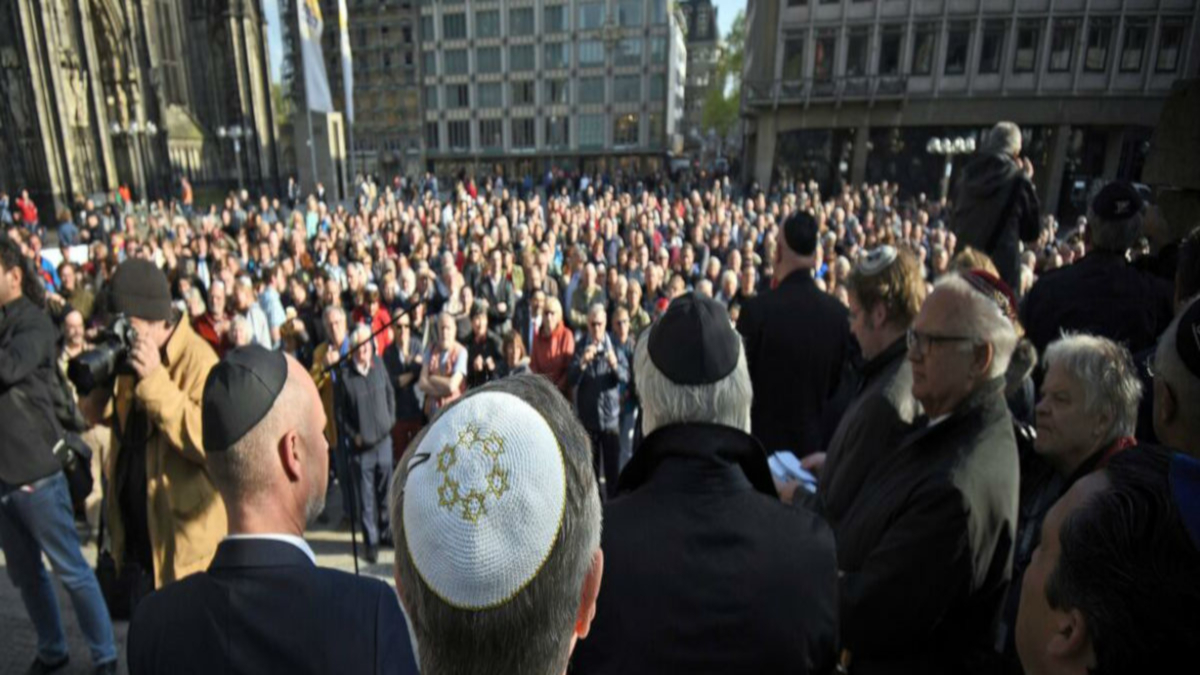 -MENA Monitor, Vienna, 16.05.2019- The New York-based Jewish newspaper „The Algemeiner“ published a very good article on Germany’s position regarding anti-semitism and possible Islamist involvement.
The article’s message coincides with our research on Germany, the role of its politicians in fighting anti-semitism and the connection to Islamistic groups in one of Europe’s leading countries. [Link to otur article on MB in Berlin] Therefore, we re-post Ben Cohen’s article:

Official German government statistics on rising antisemitism came under criticism on Wednesday, as several observers charged that the data was based on the incorrect assumption that far right activists are to blame for the vast bulk of anti-Jewish incidents in the country — despite evidence from Jewish victims indicating that Muslims influenced by Islamist and antisemitic beliefs are behind an increasing number of these outrages.

Interior Minister Horst Seehofer revealed at a press conference on Tuesday that antisemitic crimes in Germany rose by 20 percent in 2018. “This is a development that we have to confront, especially in this country,” Seehofer said, in a reference to Germany’s Nazi past.

But some reporters questioned the claim of both Seehofer and German federal police chief Holger Münch that far right activists were behind 90 percent of the antisemitic offenses.

In response, both men insisted that the police practice of automatically categorizing as “far right” those antisemitic crimes where the motives were unclear made practical sense — “otherwise there we would be the accusation that we are blind to the right,” Seehofer explained.

According the German news outlet Welt on Wednesday, “critics of the current registration method suspect that antisemitic offenses are too often classified as right-wing when no suspect is known to the police — but the crime is actually committed by a Muslim, for example.”

Mounting evidence suggests that antisemitic acts by radical Muslims have a greater profile than the German authorities seem prepared to concede. Only last week, Marcel Luthe — a member of Berlin’s state parliament for the liberal FDP Party — disclosed that up to 60 percent of antisemitic offenses in the German capital had been incorrectly blamed by police on the far right, thereby diminishing the role played by Muslim extremists and militant anti-Zionists in attacking Jewish targets.

Previous studies in recent years have reinforced the anxiety about the methods used by the German police in classifying and combating antisemitism.

An April 2017 study by a commission of independent experts reported 80 percent of the victims surveyed as saying that their assailant had been of Muslim background. A more recent survey by the EU’s Fundamental Rights Agency, issued last December, reported that more than half of the victims of antisemitic attacks said they were targeted by groups other than the far right — 41 percent identified Muslims as their attackers, with a further 16 percent saying that far left activists were the perpetrators.