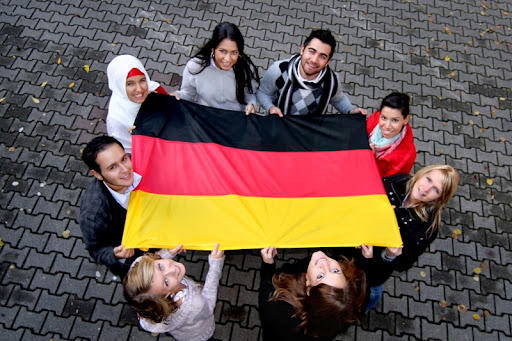 As a result of immigration over the past few decades, the ethnic and religious diversity in German society has increased significantly. Around every fourth inhabitant of Germany today has a migration background, either was not born with German citizenship himself or has at least one parent who was born as a non-German. Many of these foreign citizens are of Muslim faith. At the same time, since the importance of the Christian churches has been declining continuously for decades, the question arises as to how this shift in the denominational structure of the population is reflected in the relationship between citizens and the state and, if necessary, could also influence elections in the future.

However, the number of Muslim citizens in Germany is often overestimated: According to the study “Muslim Life in Germany 2020”, which the Federal Office for Migration and Refugees published on behalf of the German Islam Conference, around 5.5 million people of Muslim faith currently live in Germany. That corresponds to 6.6 percent of the total population. 47 percent of these Muslims, 2.6 million, have German citizenship and thus make up 3.5 percent of the 72 million German citizens – too little to significantly influence the overall social climate or even election results.

Nevertheless, it is interesting to take a closer look at this population group, because one can assume that their attitudes and behaviors indicate the direction in which society could develop in the future, if immigration continues. That is why the German “Institut for Demoskopie” asked not only a representative cross-section of the entire population in its current survey, but also 222 people with German citizenship and Muslim faith. The answers provide an insight into the world of thought of this population group, their political participation and their attitudes towards democracy. In doing so, they refute many common clichés.

In terms of their socio-demographic composition, the group of Muslim Germans differs considerably from the total population: around half are between 18 and 29 years old, while less than five percent are 60 years or older. More than 95 percent live in West Germany or in West Berlin. Among the countries of origin, Turkey, with six out of ten respondents, predominates by far. Southeastern Europe as well as the Near and Middle East follow at a great distance.

There is a widespread opinion among the population that Muslims are often particularly religious, but that is only partially true, at least for those of them who have German citizenship. When asked “Apart from whether you attend a church service or a place of worship or not, would you say you are a religious person, not a religious person or an atheist?”, among the German Muslims there were significantly more at 64 percent saying to be religious. But the comparison with the total population, of which a considerable part is now without denomination, is a little misleading. Protestants call themselves religious for at least 46 percent, Catholics as much as 63 percent and thus to the same extent as German Muslims.

Perhaps even clearer is the contrast between widespread notions of the Muslim population and the at least subjectively perceived reality of life of German Muslims with regard to their social situation. The results of the question: “If you think about your life as it has gone so far: Is your social position better than that of your parents or worse, or would you say: no difference?”: 44 percent of all Germans asked said their social situation was better than that of their parents, six percent said it was worse, 39 percent saw it no difference.

Of the German Muslims surveyed, on the other hand, almost three quarters (71 percent) said their position was better than that of their parents, only five percent said it was deteriorating, and 15 percent said “no difference”. The experience of social advancement is much more widespread among Germans of the Muslim faith and, as one can assume, also among immigrants and their children in general, than among Germans without a migration background, even if absolute prosperity is still comparatively modest in many cases. However, as shown with the help of survey research, the feeling of ascent contributes more to life satisfaction and probably also to the self-confidence associated with it than the absolute level of prosperity.

The difference is even more pronounced when asked: “How satisfied are you in general with the functioning of democracy in Germany and the functioning of our entire political system?” In the population as a whole, the proportion of those who are very satisfied with the functioning of democracy is 26 percent, 44 percent say they are satisfied. In contrast, among Muslims entitled to vote, the proportion of very satisfied people is 53 percent, and those who are satisfied are 27 percent. In other questions on the subject of anchoring democracy, the German Muslims showed greater loyalty to the democratic state and its representatives than the population as a whole. You have to keep in mind that most of the respondents are particularly well-integrated people with a migration background, who themselves or their parents have consciously made the decision to take on German citizenship, a decision made by the vast majority of Germans without a history of immigration never had to meet.

The feeling of being able to contribute to the development of the country themselves is more widespread among German Muslims than among the population as a whole. When asked, “What is your impression: As a citizen, do you have any influence on what is happening here locally, or are you powerless?” 43 percent answered that you have influence, only 34 percent stated to feel powerless.

However, the feeling that you as a citizen have influence over the state does not automatically lead to a greater willingness to take part in elections. For decades, the thesis has been put forward in the public debate that disenchantment with politics and falling voter turnout are directly related to one another. But that assumption was always wrong. It is true that there is a certain proportion of citizens who are disappointed with politics and therefore stay at home on election day, but polls in recent decades have shown time and again that the majority of non-voters do not abstain from disappointment, but because they are less interested in politics and see voting less as a natural civic duty than the majority of those who take part in elections.

This can be illustrated using the example of Muslims entitled to vote in Germany. As just described, they appear to be less disappointed with democracy than the average population, but still participate significantly less in the elections. 63 percent of German Muslims said in the present survey that they participated as far as possible in every or at least in most of the federal elections. Among the population as a whole, the proportion was 86 percent. The willingness to vote, at least in this section of the population, is apparently less dependent on the degree of frustration with regard to the political system than on the norms of the personal environment. Just 38 percent of the German Muslims surveyed said that most of their friends and acquaintances vote in federal elections, compared with 65 percent of the total population. The comparatively young average age of Muslim Germans cannot explain this effect either, because unlike almost a decade ago, the younger generation’s willingness to vote is not significantly lower than that of the older generation.

In their party-political orientation, too, Germans of Muslim faith do not differ very much from the average of the population. They tend to prefer the SPD (Social Democrats). Overall, the Muslim electorate shows an above-average inclination towards the left half of the party spectrum in Germany with the SPD, the Greens and the Left. However, if one takes into account the comparatively low average age of German Muslims, a remarkable difference between Muslim and non-Muslim voters can be seen in the SPD alone. The social democratic orientation of many Turkish guest workers could still be reflected here. Conversely, the FDP is far less popular with Muslims who are eligible to vote than with the general population. The contrast is greatest – unsurprisingly – with the AfD, for which there are practically no supporters among Muslim Germans.