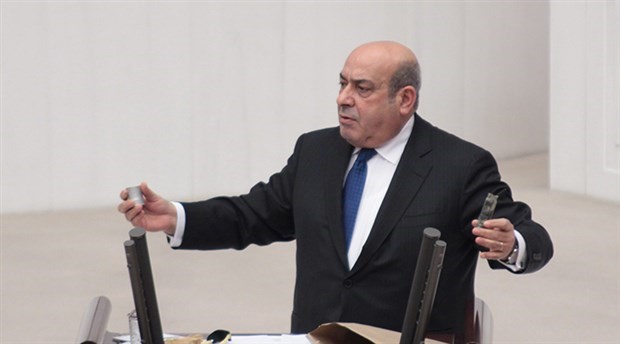 Former HDP deputy Hasip Kaplan said that the German government had warned him that he could become the target of an assassination, as his name is among an execution list of 55 people living abroad who are critical of the ruling AKP. The existence of the list was first reported after the mobbing of journalist Erk Acarer, and later confirmed by German authorities.

Former deputy of pro-Kurdish Peoples’ Democratic Party (HDP), Hasip Kaplan said on July 25 that he had been warned by the German government of a possible assassination against him.

Berlin’s warning was based on the fact that Kaplan’s name was in an execution list of 55 people, mostly journalists, living in Germany who conduct work that is critical of the Turkish government.

The execution list was first reported after the mobbing of journalist Erk Acarer in his Berlin residence, and was later confirmed by German authorities.

“German police called, [said] ‘Your name is on the execution list,'” Kaplan tweeted on July 25. “I told them my name’s been [on hit lists] for 40 years, it’s nothing new!”

An opposition politician for decades, Kaplan holds a very vocal presence on social media where he openly slams policies and practices of the ruling Justice and Development Party (AKP) and its allies.

Most recently, Kaplan addressed President Recep Tayyip Erdoğan and his ruling alliance partner Devlet Bahçeli in a tweet, saying that the execution lists in question are works of their followers.

“Oh Erdoğan and Bahçeli, have no doubt that you are on the execution list of Allah,” Kaplan said. “Angels will ask you WHY DID YOU SACRIFICE SO MANY LIVES, BECOME KILLERS? But before that, we will call your rulership to account on Earth.”