Despite all parties declaring their refusal to return to a major war, efforts to resolve the crisis have faltered, leading to an armed escalation in the end.

The shooting actually began this month in the Tuesday market park, near the historic center of Tripoli. Reports said four people were injured. No government agency has issued a statement on the nature of these clashes yet. Initial information indicates that it took place between a group known as the “Stability Support Agency” led by the head of the National Security Apparatus, and another group known as the “Al-Nawasi Brigade” led by the head of the Intelligence Service for Security Affairs.

Over the past few days, the Libyan capital has witnessed a significant security deterioration, reaching the point of fighting between militias to gain control and influence.

A struggle between warlords

Local observers have confirmed that the clashes do not get out of the conflict’s contexts between warlords and militia leaders over centers of influence, interests and political calculations, in light of the multiplicity of political, ideological and regional loyalties.

The Arab Committee for Human Rights in Libya, has expressed its deep concern over the clashes, and their endangerment of people’s lives and property, in a statement.

it has warned that the military escalation of the parties to the conflict would result in human and material casualties, particularly as members of those armed brigades suffered from indiscipline.

The Committee has appealed to the international community to assume its responsibilities and to ensure that the names of warlords and their assistants are included in the UN Security Council’s sanctions list, pursuant to Security Council resolutions 2174 and 2259, concerning the prosecution of all violators of international humanitarian law.

The UN Support Mission in Libya, “Manol”, has expressed its deep concern over battles with heavy weapons that endangered the lives of civilians.

“Enough, I demand absolute calm, and the protection of civilians,” Stephanie Williams, the Special Adviser to the United Nations Secretary-General for Libya, wrote on Twitter.

In addition, Jose Sabadell, the European Union Ambassador to Libya, described the clashes as shocking and shameful, “It is appalling and disgraceful, weapons were used in a park where children were running and playing,” he said in a tweet on Twitter.

The recent moves of the two competing governments’ heads for power in Libya indicate shifts on the road in the Libyan scene, which has returned to division, since the election of Fathi Pashaga as second prime minister alongside Abdel Hamid al-Dabaiba, may go even worse for the country.

Dabaiba and Bashagha and negotiations with the militias

In preparation for the escalation, Dabaiba met last week with the commander of the “166” militia, Muhammad al-Hasan, and Mukhtar al-Jahawi, commander of the “Reserve Division of the Counter-Terrorism Force”, as well as with Ahmed Hashem, commander of the “53rd Independent Brigade”, who are the most prominent militia lords in the city of Misurata, in a move to win over the militias. Militia leaders create an alliance to confront a rival.

In turn, Fathi Bashagha held a meeting via zoom with social and youth components from Misurata, during which he spoke about his government’s work program. At the same time, he held negotiations with armed formations to support his government and facilitate its entry into the capital, Tripoli.

It seems that both Bashagha and Dabaiba are about to fight a battle of allegiances for the coming days. Dabaiba’s meeting with armed militia leaders comes to enhance defense capabilities to protect his government, by buying their loyalties, even if it is in exchange for jobs and money.

And the battle of the lineups behind the armed militias is not only being fought by the Dabaiba, but Bashagha has also entered into negotiations with armed militia leaders in the Libyan West, seeking reinforcements to secure his entry into the capital Tripoli.

However, this path is dangerous and may lead to an armed confrontation if militias are relied upon, whose loyalty changes in minutes. The situation cannot pass peacefully in the western Libyan region, that could witness an armed conflict in the coming days would not be in the interest of both Governments. . Especially that the international community is pushing for elections, because it considers the threat and obstruction of the security situation unacceptable.

The Tripoli militia, on which Bashagha and Dabaiba depend to extend influence and control the country, includes the “Special Deterrence Militia”, one of the largest armed groups in the capital, and is led by Abdel Raouf Kara. These militias are based in the Mitiga compound, and consist of about 1,500 members and replace the police in Tripoli.

The “Special Deterrence Militias” are involved in arms smuggling and terrorist elements.

Another Tripoli militia is the “Al-Nawasi Militia”, which includes fighters, most of whom are from the Libyan Fighting Group. It has about 2,000 fighters, possesses medium weapons, and has the support of the Brotherhood, Ali al-Sallabi.

It is also active in the Libyan capital, the Tripoli Revolutionaries Brigade, led by Ayoub Bouras, the largest armed militia in control of the city. This militia includes 9 armed groups distributed in most areas of Tripoli, and is based in the areas of Al-Furnaj, Ain Zara and Bir al-Usta Milad

The number of members of the “Tripoli Revolutionaries Brigade” ranges between 2,800 and 3,500 members. These elements ensured the protection of the Presidential Council and strategic sites.

Among the Tripoli militias is the “Joint Deterrence Force militia” led by Abdul Ghani al-Kikli, nicknamed “Ghaniwa”. This militia is based in the Abu Salim neighborhood, a center for crime and drugs, and plays an important role in the security and military equation in Tripoli. 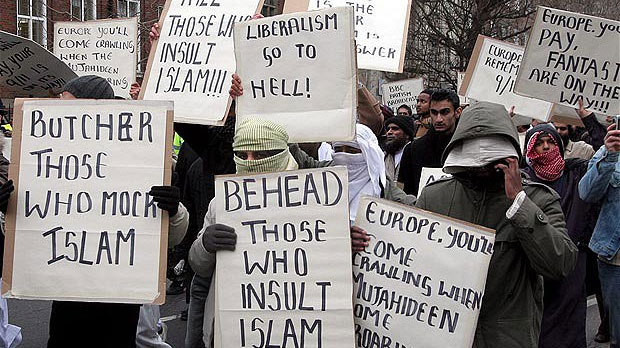