How Iran Uses Hezbollah in Britain

How Iran Uses Hezbollah in Britain

In the nineteenth and early twentieth centuries, Britain frequently interfered in the internal affairs of Iran, usually as part of the imperial competition with the Tsar’s Russia. After the 1979 Islamist revolution, more often Iran has interfered in British domestic affairs. One of the clerical regime’s primary instruments for such meddling is Hezbollah, the militia that dominates Lebanese politics. Recent revelations show just how far Iran/Hezbollah have extended their influence in Britain.

Iran was the principal pillar of the Western security architecture in the Middle East from 1941 until 1979 under the rule of the last Shah (King), Muhammad Reza Pahlavi. Iran was not only “a source of crude oil, … a strategic partner in a turbulent part of the world, [and] a rapidly growing market for British exports”, as Anthony Parsons, the final British ambassador to the Pahlavi Court wrote in his memoir, The Pride and the Fall.

Iran was, as Parsons describes, “one of the few Third World countries … close to breaking through the barrier of underdevelopment”. The Shah stabilized a country prone to upheaval and division, had instituted land reform, cut the clergy down to size and secularized the country, included women and religious minorities in the political and economic life of the society, used the money from the oil boom to rapidly industrialize, and begun a liberalization process that was to have ended with a democratic government overseen by a largely ceremonial monarch.

In the course of events, this was not to be. An Islamist uprising against the Shah in 1978 lasted a year. Unable to find political settlement and unwilling to kill to save his throne, the Shah went into exile in January 1979 and Ayatollah Ruhollah Khomeini was swept into power the next month. This was the creation of the first Islamist state in modern times.

The important thing to understand about Hezbollah is that it predates the Iranian revolution: as Foundation for the Defence of Democracies (FDD) research fellow Tony Badran has written, Hezbollah emerges in Lebanon in the late 1970s as a radical splinter from the Shi’i movement led by Musa al-Sadr. It was Khomeini supporters who had Al-Sadr killed in Libya in the summer of 1978—eliminating one of the final potential barriers to Khomeini’s triumph in Iran—and the militant structures created in Lebanon, with the help of the terrorists from the Palestine Liberation Organization (PLO), were to be transferred to Iran once the Shah was gone to form the nucleus of the Islamic Revolutionary Guards Corps (IRGC).

IRGC is a paramilitary structure charged with protecting the Islamist regime in Iran and exporting the revolution outside the country through violence and other subversive means. These tactics are what led the United States to designate IRGC as a terrorist organization earlier this year.

As the above history makes clear, Hezbollah, often called “a proxy” of Iran’s, is no such thing. Hezbollah is an organic component of the IRGC. It is for this reason among others that, as European Eye on Radicalization (EER) has explained previously, the European Union approach of blacklisting only the “political wing” of Hezbollah makes no sense. There is no division within Hezbollah between its political and military operations, and there is no separation from the command structure of the Iranian state.

The British designation of Hezbollah in toto as a terrorist group in February was a long overdue recognition of reality.

Within Britain, Iran/Hezbollah has two primary operating procedures, one political and one violent.

The political influencing operations take a number of forms. Oved Lobel of the Australia/Israel Jewish Affairs Council (AIJAC) has documented the Iranians’ use of online disinformation and hacking campaigns against the Five Eyes states, probably assisted by Russia and China. There are offline components, too. Researcher Emma Fox has written the definitive study of the Islamic Human Rights Commission (IHRC), a central node of Khomeinist propaganda in Britain, connected to a web of other outlets like Press TV, the Iranian regime’s English-language propaganda channel.

Iran has a global terrorist infrastructure and part of it is based in Britain. Recently it was disclosed by The Daily Telegraph that Hezbollah operatives had stockpiled three metric tonnes of ammonium nitrate explosives at four properties in north London in preparation for acts of terrorism. The plot was broken up in late 2015, just months after Britain had signed the nuclear deal, the Joint Comprehensive Plan of Action (JCPOA), which released tens of billions of dollars to the Iranian dictatorship that it could—and has— been to support Tehran’s regional imperialism. That the British government did not reveal this plot to the public at the time speaks to their political investment in the JCPOA.

It was also Hezbollah that created and operates the terrorist cells in Britain and in Europe that Iran can use to retaliate if the West takes serious steps to disrupt its campaign of piracy in the Strait of Hormuz and elsewhere on the high seas.

The British government has taken many positive steps this year, by designating Hezbollah in its entirety as a terrorist organization and publicizing their malfeasance on British soil. This must be continued, and efforts stepped up to treat this Shi’a jihadist group in the way Sunni radicals are treated, with a full-spectrum approach to disrupt their fundraising activities and propaganda-recruitment.

Why Are Al Qaeda Leaders in Iran? 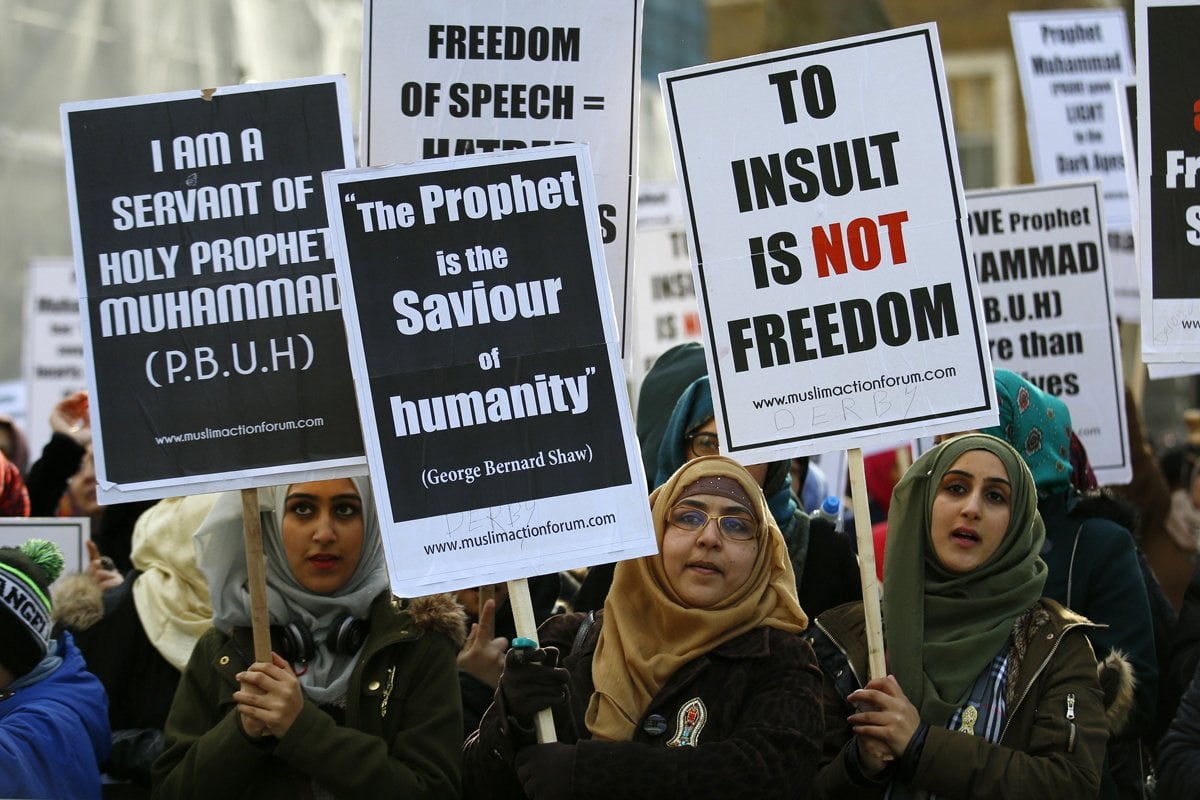 Rushdie – Hebdo – Amini: European liberals and leftists have to raise their voices
Tags: IranTerrorismUnited Kingdom
No Result
View All Result