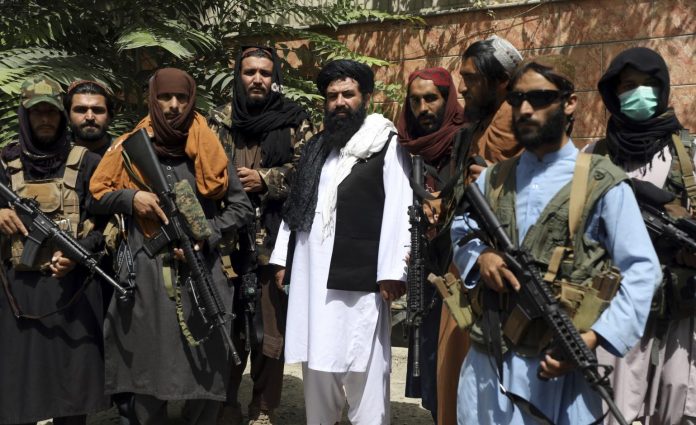 It was as if the evidence came together to form a clear picture: First, the new rulers in Kabul postponed the formation of their government from day to day without giving any valid reasons. Even then it was rumored that behind the scenes the Taliban was struggling for power and the future line. When the cabinet was in place, Abdul Ghani Baradar, who had previously been considered head of government by many, had to be content with a deputy post. Baradar was not seen at all for several days and only appeared on state television when rumors spread across the country that he had been injured or even killed in a bloody confrontation with members of the powerful Haqqani family. But even his television appearance was not what PR experts would have called a liberation. Baradar mostly just looked at his slip of paper and read off prepared answers in which he rejected the rumors.

Was Baradar sidelined for opposing the influence of the Haqqani network, whose leader Sirajuddin Haqqani had taken over the Ministry of the Interior? Was this a power struggle between the military leaders and the members of the Political Bureau in Doha that had negotiated with the Americans at a safe distance from the Afghan civil war? Or did Afghanistan’s neighbors have a hand in the game when Baradar, who was considered critical of Pakistan, was booted out by the Haqqanis, who are said to have close ties to the Pakistani military intelligence service ISI and Al-Qaeda?

The well-informed think tank “International Crisis Group” does not believe that there has been more violent clashes within the Islamist organization. Even the assumptions that Baradar might have been forced to make a statement against his will in the television appearance are not very convincing. Baradar, a confidante of the first Taliban emir Mullah Omar, is far too influential within the movement and has too many supporters to be shown in this way. And he doesn’t find the external circumstances very conspicuous either: So far, Baradar has always read from the sheet in all of its media appearances and has shown itself to be uncharismatic.

But even if one assumed that there were more violent conflicts internally, analysts do not believe that the unity and cohesion of the movement would be jeopardized. “In the past 20 years there has not been a single example of open confrontation between the top Taliban leaders,” they say. The structures of the organization have proven to be solid and crisis-proof: at the top is the emir who has the last word in everything, even if the top management board makes most of the decisions in practice. This includes the many specialist commissions. What the top management council decides must be followed by the lower levels. But in the concrete implementation they have a high degree of autonomy. On the horizontal level, the Taliban are more like a network of different military groups that adapt to regional and tribal peculiarities and give the organization great elasticity.

In fact, Baradar wasn’t the only old guard of influential Taliban leaders who might have been neglected – with Baradar, as deputy prime minister, formally standing above ministers. Two powerful commanders of the southern militia groups, Sadr Ibrahim and Abdul Qayum Zakir, also received nothing at first, even though they temporarily headed the defense and interior ministries immediately after taking power. Both are considered hardliners with close ties to Iran and should oppose Pakistan’s influence on the Taliban. The fact that they were initially ignored was also attributed by some observers to the struggle of regional military networks for influence.

But it became clear again how the Taliban’s conflict resolution mechanisms work: Taliban spokesman Zabihullah Mujahid appeared before the public in Kabul and announced the occupation of a number of other cabinet posts. After criticizing the one-sided composition of her transitional government (exclusively Taliban, exclusively men, with three exceptions Pashtuns), Zabihullah had repeatedly emphasized that the occupations were only provisional and not yet complete. Now he presented a number of other names, including a member of the Shiite Hazara as deputy health minister and Nooruddin Azizi as trade minister, an entrepreneur from the Punjir province, which is dominated by ethnic Tajiks, in which Taliban opponents from inaccessible side valleys continue to offer resistance. These appointments were to be understood as a signal to foreign donors who continue to push for an “inclusive” government. More important for the internal arithmetic of power, however, was that the previously neglected Abdul Qayum Zakir and Sadr Ibrahim were appointed to the government – as deputy ministers for defense and home affairs. Thus, their wings are also integrated into the new government.

Whoever really pulls the strings in it will be difficult to penetrate due to the size of the cabinet. The influence of the regional powers is really having an impact. Individual Taliban commanders have individual connections to a number of actors such as Pakistan, Iran or Qatar. But so far there is no evidence that these connections really influenced the policies of the Taliban.