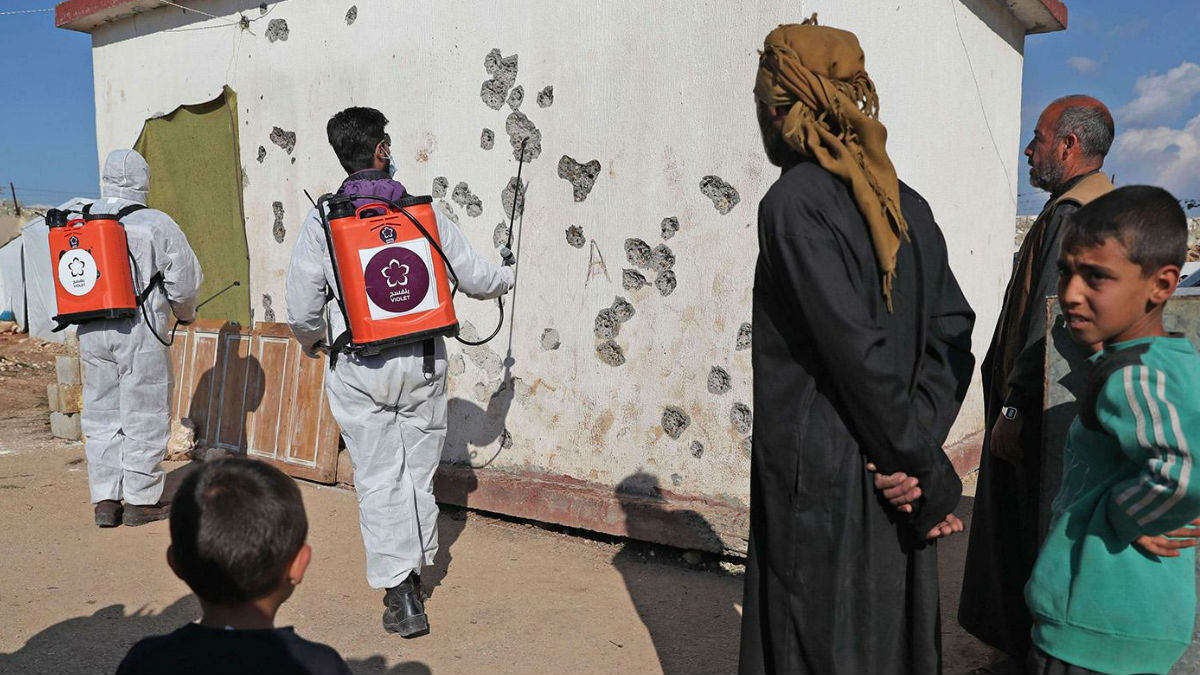 In Idlib, millions of people expect the the first coronavirus victims. But the existence between war and flight is so gruesome that something positive can be gained from a horror: the current siege.

In Syria’s province of Idlib, the fear of the pandemic is great – but it is only a danger of death among so many.

The world is upside down in the last retreat of the rebels, where more than three million people are crowded together in an ever smaller space. Where the terrible news from the peaceful world about staying at home sounds like a promise of paradise.

Even the warnings about scarce European hospital capacity are put into perspective in Idlib. The entire province has only 105 intensive care beds and 30 ventilators. “In a year we lost 76 hospitals and ambulances in northwest Syria as a result of attacks,” the head of the health service in Idlib says, “but we don’t even have enough clean water to drink, not thinking of washing our hands. Not to mention soap.”

As of April 8, surprisingly, no corona infection has become public in Idlib. Probably it has nothing to do with God, also not with cover-up, but rather with the siege in the province: Almost no one gets in or out, no humans or viruses. Idlib is an island. Or, as a kindergarten teacher says: “The only good thing about our location is that we are under siege! For the first time in history, the besieged have an advantage!”

One shouldn’t give up the courage to live, he says, telling of the constant escape and that they have now found an entire room in an abandoned school for the family of four. Without electricity, without heating, but it will soon be warmer. He hadsonly one wish, not for himself, but for his eight-year-old twin daughters: “Again an apple. An orange. We haven’t had anything like that in months.” Fearing the virus? “Maybe you can do that in Europe. Your fear is a luxury. But we are broke. If there is work somewhere, I will do it. We can only hope. And pray.”

Even testing for a corona infection has only been possible for a few days, despite numerous appeals. The WHO, currently responsible for such cases, simply did not deliver any test sets to Idlib. Its country representative in Damascus has become a service representative of the Assad regime over the years and has thrown neutrality in the basket.

Or, as the WHO spokesman in Gaziantep, Turkey, replied to the question, why despite all the promises Idlib gets nothing: “Northwest Syria is not a country”, at least not an independent one. According to WHO’s internal logic, Damascus is responsible for the medical protection of people in Idlib – a sarcasm that cannot be topped.

The first 900 test sets were finally bought by a private Syrian NGO. The samples of the suspected cases are now brought across the border to Gaziantep in Turkey to be evaluated. By April 10, there were 102 tests, all of them negative so far.