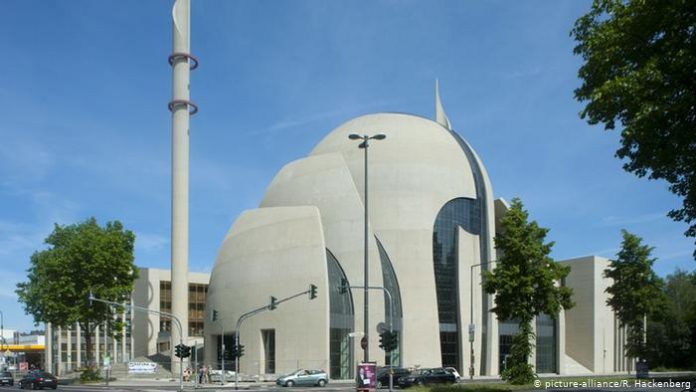 A new generation is just taking over German mosques. The young religious representatives speak German better than Turkish or Arabic. And they want an Islam that fits the country and the time.

Of the 1,100 full-time religious representatives at DITIB, the largest Islamic religious community in Germany, 180 were born in Germany. They grew up in the country and graduated from high school here. And their number continues to rise, according to newest statistics.

It was different for decades. The imams from the Muslim countries came as a matter of course, most of them from Turkey, paid for by Ankara. They usually only came for a few years, after all, the stay of the “guest workers” was not intended to be permanent. They couldn’t speak German and Germany remained a stranger to them.

In the past few years German politicians increased the pressure on DITIB to free itself from the dependency of Turkey. In addition, in 2010 the federal government repealed a regulation that was important for the other Islamic umbrella organizations. Until then, they had mostly employed retired imams from Turkey. Ankara provided them with green service passports, and so they could work without restrictions. A service pass is no longer sufficient for this.

Therefore, the religious communities began to train their offspring themselves. The pioneer was the Association of Islamic Cultural Centers (VIKZ), which began in the 1980s. In 2015, the Islamic Community Millî Görüş (IGMG) followed with a vocational school in Mainz, and in January 2020 the DITIB with its academy in the Eifel in Western Germany.

Measured against the needs of the mosque communities, the number of graduates is a drop in the ocean. Because for the believers among the 5.7 million Muslims in Germany, around 2500 mosques are available. But a beginning has been made.

For many Muslims, the mosque is a meeting place and an important point of contact. Even if an elected board organizes the affairs of a community: the expectations of the community members are directed towards the imam. He leads the prayers and has to answer theological questions. He takes care of the youth, of the contacts with the authorities and ideally of the interreligious dialogue.

Due to this demanding job description, the DITIB no longer just speaks of imams, but of professional Islamic religious representatives. The time is over when something could be done on the side in a mosque. The young generation in particular expects professional work in mosques.

The Cologne Central Mosque, visible from afar, is a reflection of this self-confidence. After the pandemic, there are again numerous visitors, including non-Muslims. They step up the wide stairs to the courtyard, linger there under the still young trees, after visiting the mosque they sit down in a café. The complex will be accepted as a meeting center, says a young employee. And the former hostility of the xenophobic group Pro Köln? The have dissolved. The influence of Ankara? That does not affect the operational level.

A lot has happened. It would have been unthinkable two decades ago for a woman to head the DITIB Academy. Today that doesn’t even trigger a debate, says the new female director, who was born in Stuttgart in 1978, with satisfaction. Women are on the rise in other areas as well. 200 of the 1,100 religious representatives at DITIB are women. In the first class of the new academy they are just in the majority with 14 of the 26 students.

Those who study there take subjects such as “Koran in Practice”, “Pastoral Care and Spirituality” and “Congregational Education”. They are taught by Islamic scholars who teach at German universities, DITIB experts and practitioners from the mosque communities. At the same time, they gain experience themselves in internships.

“The language of instruction is German,” emphasizes one representative. After all, Muslims are a natural part of this country. But while the younger ones speak German better than Turkish anyway, it is the other way around with the older ones. Therefore, the Islamic religious commissioners should speak both languages.

It will be a long time before the training centers in Germany meet the needs of the mosque communities. Nevertheless, the DITIB representatives have a rather cool look at the Islamic College of the University of Osnabrück, a reform center without any outside influence, promoting an Islam of tolerance and enlightenment. A two-year imam training course began there in June for already trained Islamic theologians. DITIB could not foresee to what extent other mosque communities would hire the graduates from the Islamic College. “We have our own training program,” they say.

The project in Osnabrück is also viewed critically at the IGMG. While the DITIB and IGMG finance their academies themselves, the German state supports the Islamic College in Osnabrück with 5.5 million euros. With this, the general secretary of the IGMG sees the religious and ideological neutrality of the state at risk. The state is making itself a substitute for the Islamic religious communities. The state does not interfere in the training of pastors either.

The “vocational school for Muslim executives” is on a hill in Mainz in an office district. During the lunch break, the young men who live in the institute’s boarding school during the week play soccer in the courtyard. The call to prayer can be heard softly, the young men rush to prayer. After that, afternoon classes begin for the currently 61 young men. They are high school graduates from Germany, Austria or France or have a secondary school leaving certificate. After four years most of them will work in a mosque, but some will also study Islamic theology at a university. For the school’s curriculum, the IGMG experts drew on experience in Malaysia, at Azhar University in Cairo and at Turkish universities. The result is a new curriculum tailored to the needs in Germany, says the Secretary General.

The Islamic umbrella organizations are conservative in terms of values ​​and they are committed to advocating the preservation of an Islamic identity. In some federal states, however, the German Office for the Protection of the Constitution also sees Islamist endeavors. In the report from the state of Hessen from 2019 it is said about the IGMG that they strive to “fundamentally change the situation” with “more subtle means” than violence.

One of the graduates in Mainz college was born 24 years ago in the Harz Mountains in Central Germany, grew up there and feels like a Muslim German. In future he will work in a mosque in Hannover. There he wants to work primarily with young people. When he invited his neighbors in his hometown, they took him to their church, he says. He thought that was great. He also wants to do a lot differently than the imam in the mosque of his childhood and adolescence, who could not speak any German. One of his first steps as an imam will be to lift restrictions on women in the mosque, he says. “Women bring life to the church. They fight for their place, whether in the mosque community or in German society.” The student sees no contradiction in women being religious and self-confident: You should take on social responsibility and wear the headscarf. The question is how far emancipation will go. More and more women are trained in the academies, but they cannot become imams. For them, above all, the educational work is intended.