After being suspended and then halted, the negotiations between U.S. and the Afghan Taliban have nearly came to an end, reaching their desired goals, as the U.S. announced Friday, the end of this month as a date for reaching an agreement with the extremist movement that controls large swathes of ​​Afghan territories.

U.S. Secretary of State Mike Pompeo announced that an agreement is expected between the U.S. and the Afghan Taliban movement on February 29.

In an official statement released on Friday, Pompeo said that Washington and Taliban are holding talks to reach a political compromise, in order to end the conflict in Afghanistan and reduce the American presence in the region.

“The de-escalation agreement will start from February 22 and will continue for a week,” meaning until the end of the month, the date that Pompeo had previously spoken of, AFP news agency quoted the spokesman of the National Security Council in Afghanistan.

The negotiations between U.S. and Taliban had come a good way before being halted in mid-September, when the U.S. President Donald Trump gave orders to halt them suddenly, a few hours before holding a secret meeting between the negotiators in Camp David Resort, where everyone was then waiting for Mr. Trump to sign a memorandum of understanding that the two parties have agreed upon, however, the situation has worsened due to continuous blasts, despite the U.S. announcement a solution is on the way.

In case of implementing the truce, this will be considered as a historic step after more than 18 years of bloody conflict in Afghanistan, and it could pave the way to an agreement that might end the war.

During those years, the extremist movement took control over large swathes of the Afghan territories, whereas the Afghan government’s areas of control have receded. 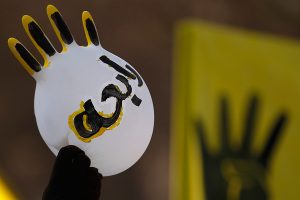