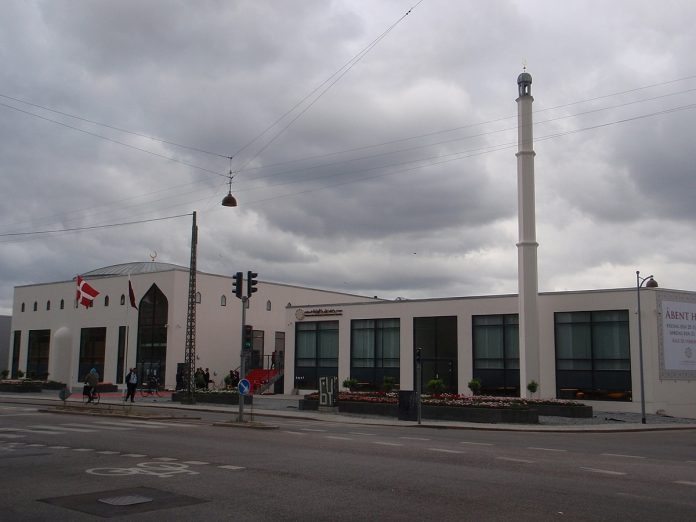 A law came into force in Denmark, officially forbidding “anti-democratic” donations by potentially extremist forces from abroad. Behind this formulation stands the attempt to prevent donations from Muslim organizations and governments to mosque associations in Denmark.

“There are extremist forces abroad who are trying to turn our Muslim citizens against Denmark and drive a wedge into our society,” said Integration Minister Mattias Tesfaye. Danish mosques have received millions in donations “from the Middle East, for example” on several occasions: “The government is now doing something about this.”

The Danish press had reported several times about mosques in the country that are apparently largely financed by countries such as Turkey, Saudi Arabia and Qatar. According to Kristeligt Dagblad, the then Emir of Qatar contributed the equivalent of 20 million euros to the construction of the great mosque on Rovsingsgade in Copenhagen.

The new law allows the Ministry of Integration to create black lists: These should include individuals and institutions from which donations may no longer be accepted in the future if they exceed 10,000 kroner per year (equivalent to just under 1,300 euros).

The law is “an important step in the fight against attempts by extreme Islamists to gain a foothold in Denmark,” said Minister Tesfaye. The law was passed by a large majority in which the Social Democrats joined the conservative and right-wing populist parties.

Criticism came from the small red-green support parties of the social democratic minority government, but also from church groups. “They are concerned that politics is interfering with religious life with ever more restrictions,” writes the Kristeligt Dagblad. The newspaper also quotes mosque researcher Lene Kühle from Aarhus University, who believes the fear of foreign donors being exaggerated.

It is not the first legislative proposal by the Social Democrats that has primarily targeted the country’s Muslims. There is also a law on the government’s agenda to require preachers to deliver their sermons in Danish only or to provide a Danish translation at the same time. The planned law is aimed at preachers of hatred in Danish mosques, but, in order not to be unconstitutional, it must be formulated in such a general way that even communities belonging to the German minority feared for their right to preach in German.

Integration Minister: Problems “with people from the Middle East and North Africa”

Years ago, following the electoral successes of right-wing populists, the readiness of the governments in Denmark to demand more adjustment from the Muslims in the country increased. The previous liberal government, for example, issued an obligation to shake hands at naturalization ceremonies. The Social Democrats under Mette Frederiksen were also successful in the recent elections because they incorporated large parts of the restrictive foreign policy and criticism of Islam by the political right into their program.

Integration Minister Tesfaye is the political face of the Social Democrats on this front. In November, he caused a stir in Denmark’s Muslim communities when he urged imams and community leaders to publicly advocate “loud and clear” for the right of Muslim women to have premarital sex.

A month later he said that in future the Danish government wanted to show the origin of perpetrators from predominantly Muslim countries separately in crime statistics. In an interview he said they wanted “more honest numbers”. In his opinion, the new statistics would show “that in Denmark we don’t really have problems with people from Latin America and the Far East. We have problems with people from the Middle East and North Africa.”

Prime Minister Mette Frederiksen herself expressed concern on several occasions about the “social cohesion” in Danish society, which is threatened when “too many people come to our country”. In January of this year, she said the aim of her policy was to see “zero asylum seekers” in Denmark itself. Asylum applications, according to the government’s goal, are to be outsourced to countries outside Europe. 2020 was the year with the lowest number of asylum seekers (1547) in Denmark since 1998. Integration Minister Tesfaye also attributed the decline to Denmark’s new strict policy, which made the country increasingly unattractive for immigrants.