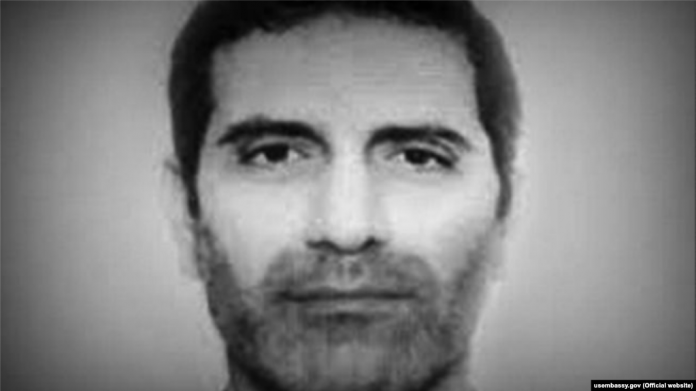 The trial against an Iranian embassy counselor, who is said to have commissioned an attack from Vienna, began on November 27 in Antwerp, Belgium. Europe’s secret services are alarmed.

It was a few months ago that a prominent prisoner reported to the staff of a prison in Beveren, Belgium, near Antwerp having one wish: he wanted to speak to the police. The detainee, a suspected secret service worker from the Islamic Republic of Iran, had the officers come to him.

In the conversation he told them that bad things could happen if a pending trial against him before the Belgian judiciary turned out badly. There are armed groups that would listen to Iran’s orders in Iraq, Lebanon, Yemen and Syria. They would see very carefully what was happening to him here in Europe. They would “watch from the sidelines, whether Belgium supports them or not,” according to an internal protocol that the police officers made after the meeting.

Then this prisoner was brought back from the conference room to his cell, in the highly secured penal institution at Schaarbeekstraat 2.

Since that day in March, an already major concern in Europe has grown a little, the concern of Iranian state terrorism, which in earlier decades also resulted in numerous deaths here. The concern that the Islamic Republic will not only send its special forces in its immediate vicinity in the Arab world to spark proxy wars.

The trial of the Iranian Assadollah A., 48 years old, began last Friday in Antwerp, and armed groups in the Middle East, but certainly most intelligence services on the European continent will follow this trial very closely. According to the public prosecutor’s office, the threads for a major terror plot that had been planned on European soil in recent years came together in a Viennese palace in Jaurèsgasse, in Iran’s embassy.

It is a trial, in which much depends politically – for Iran’s tense relationship with the West. The trial documents trace an extensive international investigation. Their results are widely disputed by Assadollah A., as his Belgian lawyer announced on request.

The Iranian is said to have come to Europe as a civil servant with a diplomatic passport, peacefully and unobtrusively, since 2014 he was accredited as a so-called Third Counselor at the Embassy of the Islamic Republic in Vienna. In fact, the investigators believe, he could belong to the Ministry of Intelligence MOIS, the secret service. Sent with the task of managing “human sources” in Europe.

The summer two years ago, 2018. The US had just withdrawn from the joint nuclear agreement and new sanctions were announced. On the streets of Iran, the security forces responded to the increasing protests of discontented youth and middle class with violence. In this situation, Assadollah A. is said to have planned an attack from his base in Vienna on a meeting of pro-Western Iranians in European exile, a group of Iranian exiles who have long been working towards the overthrow of the regime. Most prominent guest at the conference: Rudy Giuliani, the lawyer for US President Donald Trump.

The alleged counselor Assadollah A., the EU investigators are convinced, acted on instructions from Tehran. “The attack project was planned and driven by Iran on behalf of Iran. It is not a private initiative of A.”, a note from the Belgian secret service VSSE says.

He is said to have carried 550 grams of the highly explosive TATP to Europe in a diplomatic suitcase, a substance that is popular with terrorists because it can be produced comparatively easily from commercially available chemicals. Assadollah A.’s bomb is said to have been constructed “very professionally”, according to an expert from the Belgian police, with an explosive power that could have killed many people.

According to the indictment, he then contacted a young couple of Iranian descent. Amir S., 40 years old, and Nasimeh N., 36 years old, residents in Belgium for a long time and also Belgian citizens. The investigators assume that they have been working for the Iranian secret service since 2007, for a total of tens of thousands of euros.

On June 28, 2018, the young couple traveled to Luxembourg, where they were secretly shadowed. The Iranians met their presumed agent leader, Assadollah A., with whom they are said to have met in particularly picturesque European cities over the past few years, Milan, Venice, Salzburg.

The public prosecutor assumes that the alleged counselor gave them the exact instructions. They are said to have used code words later when discussing the attack plan. The “Playstation”, as they probably called the explosive device, was connected to the “television”, the alleged terrorist workers reported to their instructor. This was possibly meant that the remote detonator had been installed, which Assadollah A. had also handed over – hidden in a women’s toiletry bag.

“We’ll win the trophy,” said a text message to the diplomat. He in turn promised that he would personally report to the “Agha” about the successful operation. The investigators assume that a high-ranking official of the Iranian secret service or even the Iranian religious leader Ali Khamenei could have been meant.

But is that true? Iran’s government rejects such hypotheses. “The diplomat is the victim of a conspiracy by groups opposed to improving Iran’s relations with Germany and other European countries,” the Iranian Foreign Ministry spokesman declared. Instead, Iran is opposing it with its own declaration. It was the pro-Western Iranian exiles who wanted to stage an attack on themselves.

What is certain is that the 550 grams of explosives were found and secured in Belgium. The young couple Amir S. and Nasimeh N. were about to make their way to their alleged target in Paris when Belgian special forces attacked and arrested the two. At first, the couple was cooperative and stated that they had been commissioned by Assadollah A. They only knew their agent leader from the Iranian embassy in Vienna by an alias: Daniel.

If a European court should now rule that the Iranian regime had really commissioned Assadollah A. with the attack, this would be a reminder of the darkest times. Between 1979 and 1994 alone, the CIA counted more than 60 attempted and completed attacks on opponents of the regime, many of them in Europe. The most spectacular, an assassination attempt on four Iranian-Kurdish politicians in exile in the Berlin restaurant “Mykonos” in 1992 almost led to the breaking of diplomatic relations between Iran and Germany.

For a long time, European diplomats were hoping that Iran would now have recognized that the price for such acts of murder was too high – and that, at least in Europe, they would therefore not be carried out. The Assadollah A. case raises the question of whether this assumption is still true. Or whether Tehran has returned to the old, bloody methods. There have already been worrying indications of this in recent years. The former SPD politician and chairman of the German-Israeli Society, Reinhold Robbe, had been spied on by an Iranian agent. A Berlin Court is convinced that it was used as preparation for a possible attack.

Germany and its European partners hope to be able to save the nuclear deal with Iran. After all, the deal was once concluded with the approval of Barack Obama – Biden was his deputy. The already difficult negotiations would certainly not be facilitated by a clear judgment by the Belgian court.

The diplomat was finally arrested at the “Spessart” motorway service station.

For Assadollah A. in any case, his career as third counselor ended quite fast, at the “Spessart” motorway service station between Würzburg and Aschaffenburg. The Iranian was on his way back from Luxembourg to Vienna, when Bavarian police officers stopped him there. The young couple had already been arrested in Belgium shortly before. It was July 1, 2018.

The Bavarian officials, alerted by a Europe-wide search call, had him open the trunk; his car contained cell phones, SIM cards, hotel bills, fuel receipts – and a red notebook, allegedly with handwritten instructions for the bombers. Assadollah A. protested. As a diplomat he enjoys immunity. Which the Bavarian officials did not impress. He may be accredited as a diplomat in Austria, they told him. But not here, they said.