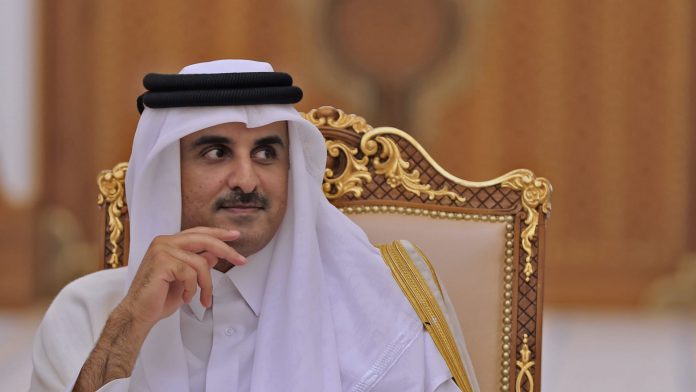 Until last weekend, Qatar was mainly on the pages of newspapers, when the Western public discussed the upcoming football world championship, how they received it, the country’s problems with its neighbours and the close ties to radical groups like the Muslim Brotherhood.

With the bloody invasion of Putin’s Russia into Ukraine, the headlines on Qatar will change. Due to Russia’s monopole on gas, oil and coal exports to most European countries, Brussels and EU’s member states finally realized how dependent the continent is on natural resources controlled by a tyrant in the Kremlin. Therefore, Europe’s leaders and their strategists are now calling for new supply chains of energy, bypassing Russia. And here, Qatar is coming into the game: LNG (Liquid Natural Gas) is the new magic word for Europe, together with the call for green energy, mainly solar!

But is the Arab country, a global key player in producing and exporting LNG, a trustworthy partner for Western Europe, can it be not only a reliable business partner, but also commit itself to international values, respecting labour rights and leaving the path of the country’s support for extremist and radical religious groups? Or does the West, in need for alternative energy imports, ignore those shortcomings?

Since the Gulf States Summit in Al-Ula in January 2021, the Muslim Brotherhood has been one of the key issues in relations between Qatar and the rest of the Gulf States, three of which – Bahrain, Saudi Arabia and the United Arab Emirates – have described the group as a “terrorist organization.” Western democracies and their security institutions also call the Brotherhood extremist, in many countries the movements is forbidden or monitored for its behaviour.

Now that these four countries and Qatar have finally resolved this crisis diplomatically, the Qatari government’s ongoing relationship with the Muslim Brotherhood may serve as an indication of whether the diplomatic solution will be durable in the future.

To prove its seriousness to its neighbours and possible future business partners in the world, Qatar had asked Mohamed Abdel Wahab, the head of the Egyptian Brotherhood in Doha, to leave the country. This is the result of Qatar’s decision to gradually change its strategy towards the radical movement, for long supported and financed by the country.

Operatives in Qatar’s security apparatus had ordered London-based Al-Arabya, Doha-based Al-Jazeera and some other affiliated media outlets to change the tone of coverage of the Muslim Brotherhood. This also speaks for a change in Doha’s attitude towards the organization.

Researchers of Islamism point out that Qatari authorities have urged some leaders of the Muslim Brotherhood’s second ranks to leave the country as soon as possible. According to the Sultan, this request is a consequence of Qatar’s desire for reconciliation with the Gulf States and the international community: “Doha knows that the presence of the Brotherhood leaders on its territory is an obstacle to further rapprochement with the Gulf States and the Arab countries”, they say.

Qatar’s move apparently does not affect Doha-based members of the Brotherhood’s top leadership, but is limited to at least a few people from the second tier of the group for the time being. This could be a sign that Qatar wants to gradually reduce its ties with the Muslim Brotherhood. In any case, such a step would not come entirely unexpectedly: a year ago, think tanks in the West already predicted that Qatar would respond to the demands of the Gulf States and gradually reduce its support for the Brotherhood.

Many leaders of the Muslim Brotherhood’s first and second ranks have lived in Qatar since the ouster of Egyptian President Mohamed Morsi in July 2013, with the group receiving extensive financial and political support from the Qatari authorities.

The other possible scenario is a tacit response to the demands in the form of gradually cutting back its relations with the Muslim Brotherhood, including preventing the Brotherhood from undertaking actions against these countries, at least in spheres in which Qatar has influence. In this scenario, Qatar would maintain only the asylum side of its relationship with the Brotherhood, i.e. offering residency to wanted members of the Brotherhood and refusing to hand them over to other countries, especially Egypt.