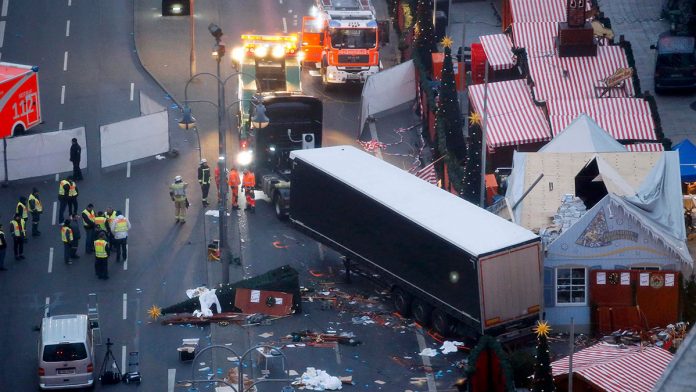 In Germany there are around 600 Islamists who are classified as so-called endangerers, in France there are almost 1,100. In both countries, the question is repeatedly raised as to whether there is a connection with a failed asylum policy. Politicians and opinion makers in social networks prefer to focus on other topics.

Last summer, the German parliament debated the terrorist attack on Berlin’s Breitscheidplatz. People to whom Germany owes an answer were sitting in the Bundestag’s visitors balcony. The relatives of the victims of the attack on the Christmas market at Breitscheidplatz are wondering how the Islamist Anis Amri could have killed eleven people there. In December 2016, he drove a truck into the market, although authorities had identified him as a threat. Since then, a parliamentary committee of inquiry has been trying to clarify why the police and secret services failed. The work of the committee ended with a Bundestag debate.

The members of the committee made an honest effort, but only touched on the most important question: Why did Germany allow people like Anis Amri to come to the country? At the height of the asylum crisis, the Tunisian traveled from Italy to Germany via Switzerland in July 2015. According to the investigative committee, he probably already had plans for attacks at the time, but no later than a few months after his arrival.

Amri found fellow Islamists quickly and would find them again today. In Germany, around 600 Islamists are currently classified as dangerous. This means that the security organs trust these attacks. Compared to 2010, the number of recorded Muslim threats has increased almost sixfold.

An SPD politician on the committee came to the conclusion that the security authorities were overwhelmed by the “enormous immigration from Syria, Afghanistan and Iraq” in 2015 and 2016.

The Tunisian who carried out the attack in Berlin is a prime example of how the state lost control at the time. With at least 14 different identities, the 23-year-old traveled through Germany, applied for asylum and picked up social benefits. The security authorities had him on their radar again and again, and his file was repeatedly read by officials. In the end, investigators also underestimated him because he started selling drugs. They thought he had now switched from Islamism to drug-related crime. It is actually well known that the two phenomena are not mutually exclusive. In Afghanistan, the Taliban finance themselves through opium trade.

There were a lot of such misjudgments and security authorities did not cut a good figure. Just pointing out their omissions would fall short. It takes more than two dozen police officers to monitor an Islamist around the clock. Of the approximately 600 individuals recorded, around 230 are currently at large and are staying in Germany. To monitor them 24 hours a day, the police would need between 5,000 and 6,000 officers focusing on just that task. In addition to the perpetrators, there are several hundred so-called relevant people who might support potential terrorists. The problem of Islamism can therefore hardly be controlled with the means and resources of a European constitutional state.

In the Amri case, German asylum policy was the gateway for an Islamist terrorist. In other criminal cases, violent criminals who had already been convicted elsewhere came into the country. With more than 100,000 asylum migrants per year, Germany still takes in more people than the authorities can thoroughly screen, a fatal signal for internal security.

Experts believe that the new German government under Olaf Scholz is also ignoring possible dangers. The threat of terrorism and political Islam are not marginal phenomena that can be ignored in politics. Any form of extremism, be it politically or religiously motivated, must be combated with all available means. To avert danger and to protect citizens, the security authorities need better legal powers, such as monitoring messenger services by court order. In the long run, it is unacceptable that plans for attacks can only be prevented by information from foreign partner services.

Not only terrorist Salafists continue to pose a threat. “Political Islam” is also on the rise in Europe. A few years ago it was mainly represented in Anglo-Saxon countries, but movements such as the Muslim Brotherhood are increasingly shifting their activities to Germany and France. Recently, a property in Berlin-Wedding was purchased for four million euros from a sub-entity of the radical Muslim Brotherhood in Great Britain, which could become the center of Islamists in Germany. The head of the Office for the Protection of the Constitution in the West German state of North Rhine-Westphalia describes the activities of the Muslim Brotherhood as the greatest threat to an open society. In addition, there are also the mosque associations that are controlled from abroad. Above all, the Turkish Ditib, which has become ever more fundamentalist and nationalist under Erdogan. The intolerant influence of such mosques is now having an impact on schools, according to teachers’ associations in German-speaking countries.

A domestic politician from the conservative CDU parliamentary group believes that politicians have shown too little sensitivity in the area of “political Islam” in recent years and underestimated the dynamics. Too often people let themselves be deceived by the friendly face of legalistic Islamism. Last year, the CDU adopted a position paper calling for concrete measures against political Islam and its control from abroad. For example, a council of experts was set up in the Federal Ministry of the Interior to report to the government and parliament on Islamist influences and activities. The conservative politician emphasizes that the overwhelming majority of Muslims in Germany do not want fundamentalist Islam. The problem is that these people are largely not represented in Islamic associations.