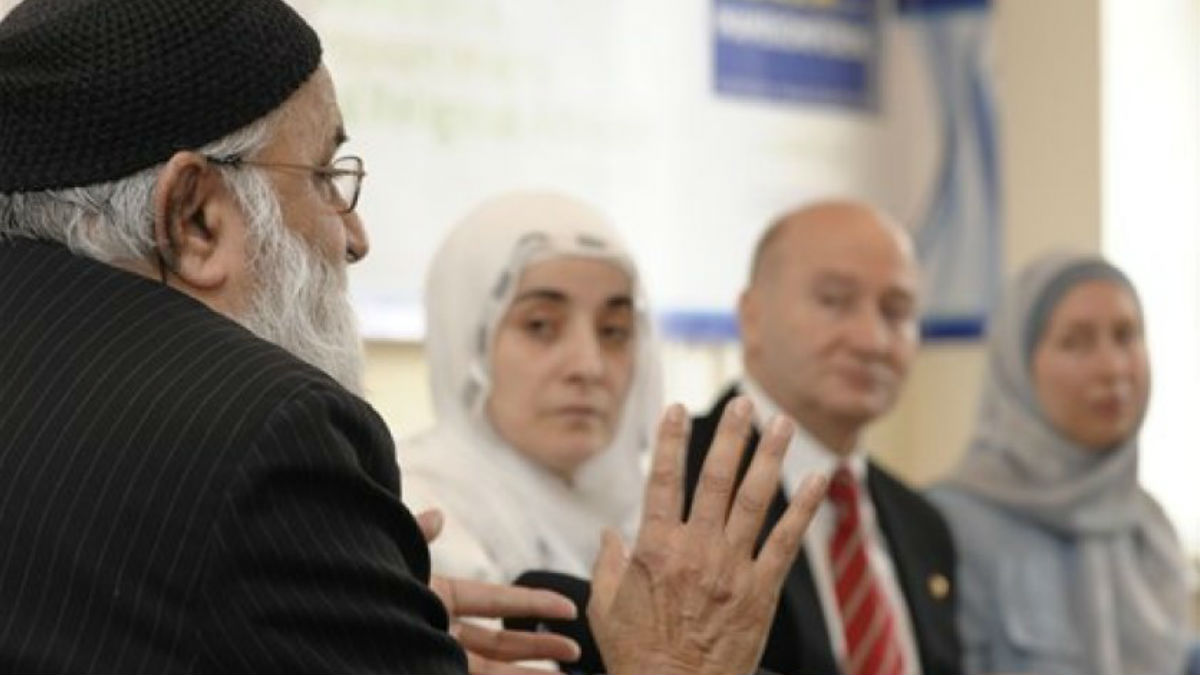 The „Council of the Islamic Community in Austria“ (IGGO), the country’s only official Muslim representation, responsible for theology and religious education, lost its only female board member. Fatma Akay-Tuerker resigned from her function as the spokeswoman for women in the top administrative body of the IGGO. But not only that, the doctor of philosophy will no longer work as an Islam teacher..

“It is enough! I no longer want the women to be intimidated“. The Islamic expert sharply criticizes the IGGO and its positions: “In the IGGO, the devaluation of women has been institutionalized.” Until now, as the representative for all Muslim women in Austria, „I have not been allowed to speak about women in public. In March, I asked the IGGO board of governors to finally clearly define my duty’s tasks, so that I know what I have to do. There was not even a response to this request.” If she would remain an Islamic teacher, “I must not speak in freedom, I should not question the circumstances,” she explains. “I did not want to remain part of this silent majority.”

The 45-year-old said that she accepted the offer “to represent the interests of Muslim women and to reform internal relationships, because Muslim women are prevented from developing under very difficult conditions and forced theology.“ She realized that the interests of Muslim women are hardly noticed. „I could no longer deal with this pejorative behavior that Muslim women in various mosques only have a place in the background and are not sufficiently recognized. I just wanted to change this picture, but unfortunately, this traditional picture was not questioned, but institutionalized in the community of faith. “The” real problem “is that IGGO pretends that Muslim women have” only the headscarf problem, nothing else. She wanted “to institutionalize the representation of women and enable a nationwide participation of Muslim women” and “to strengthen the proportion of women in the management, so that women do more than just do kitchen work in the mosques”. As a “lone fighter” she had no chance. Her wish too, “with theologians, educators, Islam teachers, lawyers, sociologists, healthcare students and women we should free the Koran from male rule and publish these ideas.” This concept could not be realized.

The studied turkologist criticizes the “male-dominated theology, which is neither the Koran nor common sense. The Quranic image of classical teaching cannot solve the problems of women.” Only the IGGO lacks “unfortunately the ability to critically reflect on Islamic theology”. Akay-Tuerker demands „positions in the direction of Islamic reform theology” within the IGGO.

When asked whether there were any contentual clashes between her and IGGO President Umit Vural and the men on the Board of Governors, she says: „Yes, I thought that we had to free the Quran from interpretations determined by men. Every time I was warned that this was the responsibility of the advisory board.“

The resignation of the only woman on the Supreme Council of the Islamic Community in Austria causes unrest in Muslim circles. After Fatma Akay-Tuerker’s complete retreat, the Muslim youth organization of Austria (MJO) support the demands of Akay-Tuerker: “It is enough for us too!” As in society as a whole, there is an urgent need for action by women in the Muslim community, said MJO chairwoman Nermina Mumic.

In a press release, the IGGO had been surprised by Akay-Tuerker’s resignation. It is now up to the Schura Council to elect a successor in autumn. The “realization of gender equality” in the Muslim community, but also in the structures of the IGGO, was “a firm concern and a necessary process“, the statement said, without going into the critics of its former board member.

The resignation of the IGGO spokesperson for women is symptomatic of the need for reform within the IGGO. They need new structures. The most important prerequisite for this would be an external evaluation by an independent commission that analyzes the structures and then fills the committees with young people who develop future concepts: In the end, it is less about Muslims and more about the interests of finances and interests from associations controlled from abroad, that do not want to reform but want to protect deadlocked structures. The commissions sit on people who have either caused or administered these grievances. The IGGO therefore represents only a very small part of the Muslim population, ignoring social reality, because the majority of Muslims are very heterogeneous and secularized.

According to a 2017 study, only 14% of Muslims living in Austria identify with the IGGO, because they are self-connected. “But pragmatic, emancipated or very detached cultural Muslims and non-religious Muslims do not feel represented,” an Islamic expert explains.