The discourse used while talking about women has taken many conceptual and criterial formulas that men have come to about women. This started with Jean Jacques Rousseau in his book “Her gender and Ours” up to present day. Women are still looking for their existence and role. Feministic liberation movements, with all their emanations and perspectives have been influenced by developments around the World. This has continued until it came to a point of contradiction and split between a modern Feministic Movement concerned with human and piety tendencies. This piety is maneuvering to dedicate the religious identity led by sanctified religious concepts to reproduce the manly traditions with a modern outlook.

Course of the Research

The human perception of religions with all their associated criterial and intellectual heritage in Arabic societies constituted a crucible for many contradictions about the status of women. Advocates of vulgar perception of religion cling to the inferiority of woman and subordination to man as it is dedicated in the social culture. Modernists have been trying to present an alternative perception so as to enable Islam to manage modern life of women and their ability to contain tensions imposed by the conflict between traditions and modernity. This is a compromised fabricated discourse that is equal to Bricolage as Claude Levi-Strauss put it. It means that a Muslim can live in this globalized World and acclimatize to the surrounding with available means in order to formulate his/her truths, morals and identity.

This bricolage has been very popular among most women to re-identify their identity in a way that can twist modernity so as to make it accordant with their piety and culture. Women are determined to preserve their rights amidst many attempts to penetrate the forts of knowledge, especially religious knowledge in order to get high religious positions, preachers, jurisprudents or founders of feministic religious trends. They think that these new trends can overthrow the dominant spiritual male systems. This is how many feminists think as they gain more momentum in the Arabic and Islamic World.

Feministic Movement appeared as a new philosophy that is supposed to ensure equality with men on the political, social and economic levels in the West. This movement moved to modern horizons to shed light on the barriers based on race, social class, gender, culture and religion. These new trends had many religious inclinations that intend to create a Feministic realm inside the religious institution. Gender-based social reform was looked for as an alternative.

This movement aimed at getting out of the eternal sin and inferiority complex that had been associated with women. A new religious structure was intended to be derived from Torah through raising questions about the ultimacy and finality of the Torah. The Hebrew Feministic Movement started in 1971. It was influenced by the American Feminist Movement. Traditional Hebrew clergymen agreed to count women in the temple for required number for prayers. They also agreed that women could become conservative Rabbis in 1985, and reciters in 1987.

Christian Feministic Movement aimed at liberating women from the inherited sin and that woman was the tool for the devil, or what priests called the “fatal turmoil” which had been part of the women theocracy. This theocracy was recognized by religious studies centers. This new movement started with a feminist writer named Elizabeth Stanton in her book titled: “The Holy Feministic Book” which was published in 1895. Christian Feministic Movement tried to liberate texts from male-oriented guidance. It demanded the abandon of sanctification and coming to an open language. The aim was to obliterate the gender-based discrimination.

Different attitudes towards theocratic role of women were spotted. Women became Bishops and sometimes Heads of Bishops in Western Churches including Anglican, Catholic and Protestant churches, whereas in Churches of the East, the ban is still there.

Islamic Feminist Movement appeared in the 20th century. The aim was to undermine the basis, concepts, values and legislations that were produced by a male-oriented Islamic society. Despite their diversified cultural and intellectual backgrounds, advocates of the Islamic Movement worked hard to eliminate the anti-feminist tendencies and the deeply-rooted male culture in the Islamic doctrine. But they didn’t reach a point of establishing a feministic theocracy that can dismantle the Islamic theses like what happened in other religions.

Yet, it has recently flourished while trying to empower its existence depending on Islamic basis to find feminist establishmentarianism.

The appearance of Islamic Feminism has not taken distinctive features yet, so it is not easy to define this movement. Islamic Feminism has been embodied by two basic ideas. The first one is the defense of violated rights of women. The second one depends on its reliance on Quran and Sunnah as references for the thought of this movement. The basic inclination tends to critically re-analyze the religious discourse and liberate it from its religious and historical inheritance. The pre-Islamic Ignorance era, rather than Islam, is considered as the reason for undermining women’s right.

The new movement has had many different visions due to the heterogeneous thought and references as Islam is a religious belief, whereas Feminism is an international civil legal movement that rejects any integration of religion in the struggle of the movement. This was clear in the symposium which was conducted by the Catalonian Islamic Association in Barcelona in 2005. In addition to defining the religious script, The Islamic Secular committee of the UNICEF also discussed the best ways to promote women’s rights and confronting gender-based discrimination in a conference which was held in Paris in 2006. The conference was attended by many female thinkers and sociologists like Fatima Marsini from Morocco, Refa’at Hassan from Pakistan Zeba Mer Huseini from Iran and Amenah Wadoud, an Afro-American lady. Attendants to the conference tried to establish a movement that is similar to the Christian and Jewish ones. They wanted to imitate previous movements in terms of re-interpreting holly scripts through the perspective of religious female figures. Conferees emphasized the necessity for distinction between basic Sharia rules, which are ultimate and final, and elucidatory jurisprudence which is subject to social changes and can be reconsidered to keep up with developments of life. They wanted to make social change from within Islam.

Ameenah Dawoud talked about what she called: “Gender Jihad” to refer to the struggle for equality between the two genders. She stated that Islam wanted to undermine the fraternal superiority rather than reinforcing it. Shereen Khakan, half Syrian, Half Finish, built a mosque in Copenhagen, Denmark’s Capital. Few women take the lead in prayers as Imams instead of Men depending a book written by Iben Sa’ad in which he permits women to be Imams. Aysha’ the prophet’s wife used to be prayers’ Imam.

By this, pioneer Muslim Feminists imprisoned themselves by final and ultimate barriers imposed by Islam. Instead of looking for Islam’s grants to women, they should have searched for other rights that are required by features of their societies.

Clinging to pre-determined Shari rules has re-defined the Islamic identity of women and an extension of other Islamic trends which mount up to scaling and dogmatic levels. Islamic Feminists tend to support the differences between the two genders in biology and criteria according to the culture of the society. They never agree with the Western concept of women liberation as Muslim women, for them, can be liberated without imitating the Western pattern. Consequently, women empowerment programs have been considered as a plan plotted by the West. Two trends have adopted this theory:

All these circumstances led to the promotion of Islamist Feminism and encouragement of a greater religious knowledge for women. This was due to political, religious and ideological reasons. The way was paved for the appearance of Islamic Feministic trends and female proselytization.

Establishment of the concept of Preachers and proselytizers

The emergence of Islamist Feminism crystalized a feministic religious discourse based on terminologies borrowed from Western Feministic movement. These terminologies have been modified to be accordant with religious scripts. The influence of social context on Feminism was clear in countries where religion controls social relationships. Women in these societies acclimatized with religious ideological identity. Islamic Feminism was based on historical grounds. Women gained an advanced position in religious knowledge. This goes back to the time of Aysha’, wife of Prophet Muhammed, who played a jurisprudent role and later with Zainab whose symbolic influence in the Islamic heritage is very clear.

Many Islamic Feminists tended to have their own interpretation of religious scripts and that they need to be independent in their religious knowledge. Women started getting more awareness of their rights and identity. They decided to break the barriers and raise crucial issues like custody and inheritance.

Following the emergence of radical Islamic groups, there was a need for the promotion of the Feministic mobility to erase the negative image of the Islamic World, and to find an exit to the stalemate of the Islamic thought.

Promotion of Feministic Movements was intended to anticipate the penetration of Western Ultimate equality between the two genders into the Islamic World. The West has got its own Feminism, and the Islamic World should have its own peculiar Feminism that is accordant with Islamic societies. Thus, many feminists started looking for a role inside the religious institutions and become proselytizers who can address the public and affect females.

Moreover, the Feministic Movement don’t obliterate the control of formal religious institution. This proselytization activities are utilized to distract attention to problems that drown the society in Muslim countries. Through Feministic Movements, wide range of social middle-class people are communicated and injected with formal Islamic ideology in favor of ruling regimes.

Some female proselytizers have got involved in the chaotic fatwas which are overwhelmed with sexual instincts of male clergymen towards women and likewise female proselytizers towards the permission of sexual intercourse with animals as it was stated by Dr, Sua’ad Al Saleh who permitted sexual intercourse between men and animals. She prohibited a fiancé to say “I love you” to his fiancé.

Future problems of Feminism and its emancipations

The new role of women is no more than a reinforcement of an imbalanced relationship between man and woman based on the interpretation of jurisprudent system which looks at women as objects of piety rather than a subject creature who can read and interpret religious scripts.

The Islamic Feministic thesis with its utilization discourse will never be enough for developing efficient approaches to resurrect society and eliminating social and cultural injustice imposed on all those who disobey political and religious authorities. This trend tends to keep the chains imposed on women ant their inclination for modernity and liberation. 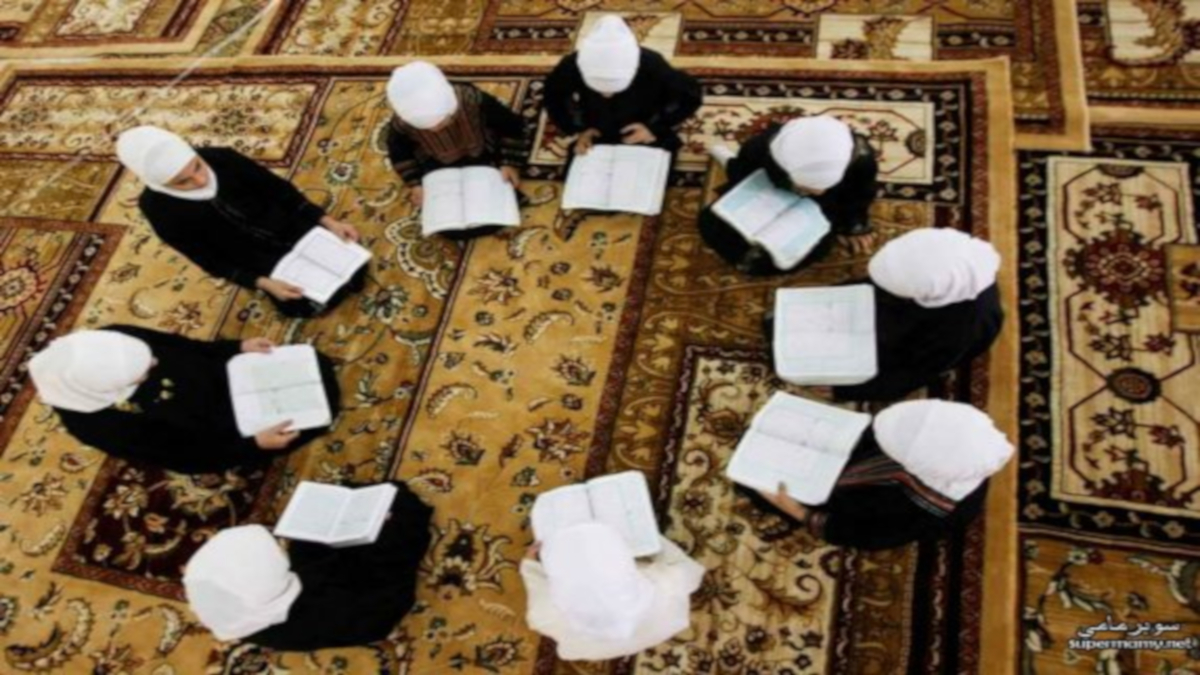 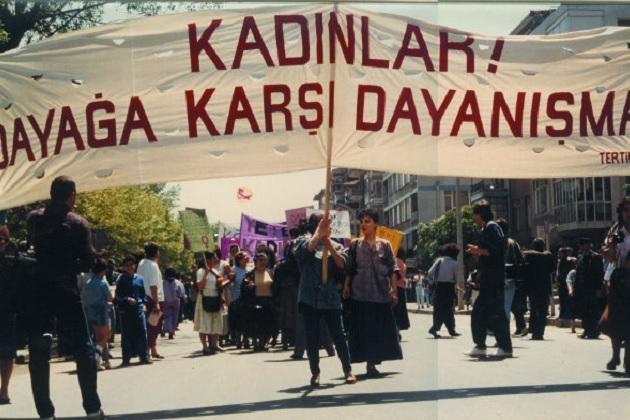 Women’s Rights and Feminism in Turkey

Women Fighters, a Restoration of Power, or Another Kind of Capitulation
Tags: Women