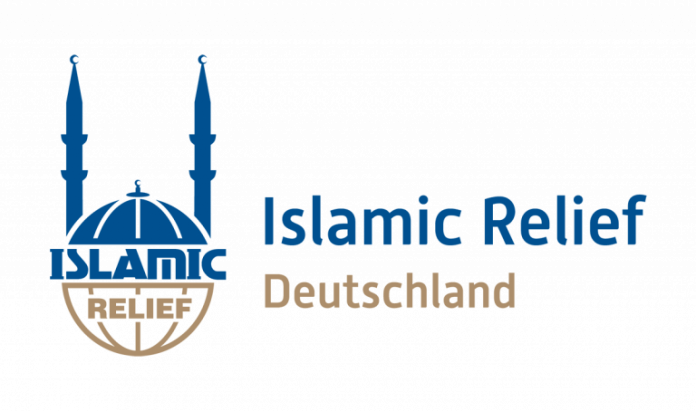 The BFmF, (Meetings and Training Center for Muslim Women) based in Cologne, receives public funds from various sources and is broadly supported politically, often though not always in ignorance of the Brotherhood’s role, because of its social activities in caring for Muslim women and migrants. The founder of the BFmF said, while receiving an award in 2011, that his organization is “close to the Central Council of Muslims” or Zentralrat der Muslime (ZMD). The ZMD is dominated by organizations that are within the Muslim Brotherhood orbit, even if these do not represent the majority of the members represented.

Until mid-2020, when the management of the BFmF rearranged matters, Erika Theissen — who at Muslim events and functions goes by the name Amina Theissen— was, so to speak, the trustee of funds that the group’s own statutes declared it received from Islamic Relief Germany (IRD). According to the German Government, Islamic Relief is also part of the Muslim Brotherhood network. Between the formally independent German offshoot of Islamic Relief and the British parent organization, Islamic Relief Worldwide (IRW), there is overlap not only in terms of organizational history, but also, over many years, of personnel.

There are also individual overlaps between the IRD and the German Muslim Community (Deutsche Muslimische Gemeinschaft, DMG), which was previously called the Islamic Community in Germany (Islamische Gemeinschaft in Deutschland, IGD). DMG/IGD is the largest organization in Germany where the Muslim Brotherhood has a controlling role.

An example can be seen in the Syrian-born Almoutaz Tayara, while holding a leading position at IRD and IRW. His wife, Houaida Taraji, worked at both IGD and the IFBED, and was deputy to Ibrahim El Zayat at DMG/IGD. One of Taraji’s sisters, Hiba Taraji, was formerly a board member at EFOMW and also worked in a Frankfurt center co-founded by a brother of El Zayat. As far as the author knows, Taraji is still working for the ZMD.

After the antisemitism scandal last summer at IRD and IRW, some directorships were filled with women. This was in-keeping with the generally cosmetic response of Islamic Relief to this issue. Naming women to such senior roles seems to have been intended to switch the public narrative about an intolerant organization, and it seems to have had some success; that the women named have shown little evidence of public activities for the group is beside the point. Interestingly, though IRW nominally replaced its entire board, there was one exception even to this claim and it was a woman. The one person retained from the old board was Lamia el Amri, a Swedish activist and former chairwoman of EFOMW.

The Changing Role of Women in Islamist Groups

In recent times, women have sometimes been appointed to bodies controlled by the Brotherhood, but such nominations tend to occur in reaction to perceived expectations of European political decision-makers. For example, last September, three women were appointed to the German branch of the European Council for Fatwa and Research (ECFR), the organization previously headed by the notorious Brotherhood cleric Yusuf al-Qaradawi. The appointees are: Elham Ghadban, Nada Bsaiso, and Haya Nabulsi. Ghadban was appointed Vice Chair of the Fatwa Committee. According to the fatwa committee, Bsaiso and Nabulsi studied in Jordan. So far, unlike some of the men, they have not appeared in public.

As with men, the associations of women in the Muslim Brotherhood network at various levels foster relationships and tactical partnerships with other, non-Brotherhood women’s associations and clubs. Over the years, a separate women’s Brotherhood network has not only been established in Europe but is trying to exert political influence in Brussels. At this European level, the network is organized as the European Forum of Muslim Women (EFOMW). The EFOMW is closely linked to the former Federation of Islamic Organizations in Europe (FIOE), and has members from various European countries. The EFOMW is currently celebrating its fifteenth anniversary, as is also highlighted on the website of the European Council of Muslims (ECM), which is either the successor organization of the FIOE or one of its satellite foundations (it’s not entirely clear which).

Three women’s associations from Germany are worth drawing attention to. One is the Islamic Women’s Association for Education and Parenting (_Islamischer _Frauenverband _für Bildung und _Erziehung_ or IFBED), a member of EFOMW. Second, the With or Without group, styled “WoW e.V.” Third, the Meeting and Training Centre for Muslim Women (Begegnungs und _Fortbildungszentrum muslimischer _Frauen_ or BFmF e.V.). These groups, and their interrelationships, should be presented in more detail.