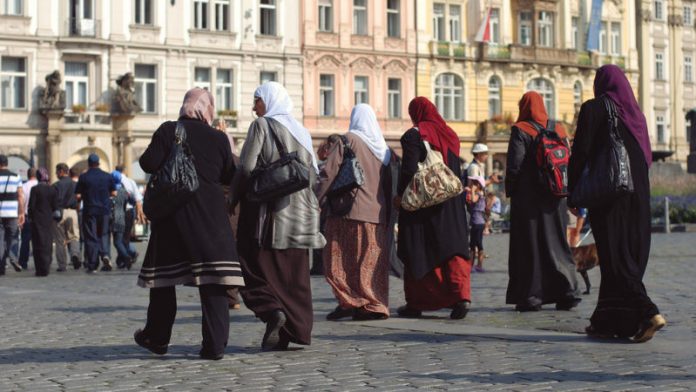 Although radical Taliban, salafist movements and Boko Haram — to say nothing of the Iranian regime — remain committed to a type of Islamist militancy that includes an emphasis on violence, but for most Muslims, jihadist militancy has proved unpopular often inviting a violent counter-reaction. Its promise of an Islamist dream state has lost its appeal.

The so-called „legalistic Islam“ found a possible solution that sidesteps the use of explicit violence. The core of this alternative strategy is to focus as much as possible on dawa.

21 years after 9/11, Westerners still remain unfamiliar with dawa. In theory, the term simply refers to the call to Islam, a kind of invitation; Westerners would recognise it as part of a proselytising mission. In practice, however, Islamists rely on dawa as a comprehensive propaganda, PR and brainwashing system designed to make all Muslims embrace an Islamist program while converting as many non-Muslims as possible.

Among Western analysts, dawa — which became a tool of the Muslim Brotherhood in the 20th century — has traditionally received far less attention than militant jihad, though observers have emphasised its importance in the “humanitarian” activities of Hamas.

„Both Islamists and jihadis have the same goal — to spread Islam — but they have different methods. Islamists want to do this through passive means such as politics, immigration and childbirth”, says Elnara, a young Muslim in Germany, raised in a family with close ties to the Muslim Brotherhood, now a critical voice in the fight against the political Islam.

This important point is often lost on politicians in European countries. Groups such as the Muslim Brotherhood are neither moderate organisations nor pluralist partners in civil society. Islamist groups are certainly not likely to prevent the radicalisation of young Muslims. Instead, as one observer noted more than a decade ago, “the history of the Brotherhood movement shows, in fact, that it has operated by and large not as a firewall against jihadism, but as a fertile incubator of radical ideas in a variety of locales”.

Islamists achieve far more through dawa than when they confine themselves to simply blowing things up and stabbing people to death. The threat is not as obvious, Jihad and the use of violence tend to provoke an immediate response. With dawa, on the other hand, it is possible to talk about charity, spirituality and religion — and then compare it to normal religious proselytising missions. In a free society, what reasonable person would take issue with that?

In the West, the Islamist infrastructure is not given much thought. Nonetheless, Islamism is spreading within Western institutions, and it’s largely thanks to an unlikely alliance: dawa has recognised the alluring power of “woke”, and has started to adopt the language of civil rights and multiculturalism.

The energy in our progressive movement has taken this cooperation one step further. In France, “Islamo-gauchisme” is much more likely to be correctly identified as a threat to the model of universal, secular and republican citizenship. In UK, it remains less prominent, confined to fringe politicians, who believe that “the progressive movement around the world and the Muslims have the same enemies”.

Yet as experts already have noted, the relationship between Islamism and extreme Leftism is nothing new. In 2007, Oskar Lafontaine, former chairman of Germany’s Social Democratic Party, later frontman of the party „The Left“, noted: “Islam depends on community, which places it in opposition to extreme individualism, which threatens to fail in the West. In addition, the devout Muslim is required to share his wealth with others. The Leftist also wants to see the strong help the weak.”

But the internal tension between “wokeism” and Islamism is never far away. Just look at Al Jazeera, which uploads documentaries about transgender rights on to its social media channel, while broadcasting sermons suggesting husbands should beat their wives on its Arabic station.

Nevertheless, the two movements do share objectives, being anti-West with a critical attitude towards “capitalism” based on individualism. True, the Islamists have been around for much longer. But Islamist ideologues are willing to co-operate with non-Muslim Leftists as long as it serves their purposes.

To their credit, some on the Left refuse to countenance Islamism, as they become increasingly aware of the contradiction between supporting universal human rights (including women’s rights) and the demands of Islamists. In France, for example, the centre-Left former Prime Minister Manuel Valls courageously denounced Islamo-Leftism without the least hesitation.

Turkey’s Islamist President Erdogan proclaimed that “social justice is in our book”, and that “Turkey is the biggest opportunity for western countries in the fight against xenophobia, Islamophobia, cultural racism and extremism”.

Erdogan, in effect, was explicitly using progressive rhetoric. It’s a move that’s since been mirrored in Iran. The Tehran Times ­— which describes itself as “a loud voice of the Islamic Revolution” — attacks again and again Western politics fighting against political Islam for their “deep-rooted Islamophobia”, the Iranian Foreign Minister “lauded the determination of Islamic countries to address Islamophobia as one of the main challenges facing the Islamic Ummah community in the West”. Islamists, in other words, are becoming skilled at wrapping themselves in a mantle of woke words, while engaging in systematic brutality and repression within their own countries.

A raid of Austrian police against the Muslim Brotherhood and islamists could prove again the strategy of those groups, playing with stereotypes and comparison with the Shoah when criticizing state actions against radicalized groups and the increasing influence of hate-preachers in our Western societies.

One example ist the controversial Salzburg political scientist Farid Hafez. On the website of the Bridge Initiative of Georgetown University (Washington DC), he published a text in which he shared the raids on suspected Muslim Brotherhoods carried out as part of “Operation Luxor” with the Nazi pogroms on September 9 November 1938 and the repression against Muslims in Xinjiang, China.

Hafez was already criticized in the past, because his un-scientific annual „Islamophobia Report“ was financed through SETA, an Erdogan-controlled think tank in Turkey. Hafez was also actively involved in the raid, where his mobile phone was confiscated.

Even if the proposed law against the political Islam in Austria might violate the constitution and EU-values, a critical view has to be fact-driven. Instead, Hafez and many of his supporters, some parts of the Left included, use arguments that underline the „role-model of victim“, playing with terms that compare the Western fight against Islamism and its key-supporters like the Muslim Brotherhood with the genocide of the Shoah.

With the proposal to make political Islam a criminal offense and by questioning Muslims about their religious convictions, “the federal government is undermining the credibility of its Kristallnacht commemoration,” says “Islamophobia” researcher Hafez, who also writes that the government “already clearly going in a totalitarian direction.“

Another, quite often used argument by the EU-wide acting lobbyists of a legalistic Islam is that any criticism is said to be an insult, every critical word about Islam is put under suspicion of racism: “We stigmatize as soon as we address a problem … The abhorrent habit of defining oneself through one’s origin, one’s identity, one’s beliefs is established everywhere.”

The expression “Islamophobia” has become part of a global vocabulary. A victory for the Islamists, because the term confuses the persecution of believers, which is clearly condemnable, and the criticism of religion as it is practiced in enlightened societies.

Criticism of religion has already been sidelined in current political debates. The culture of debate, which is characterized by doubt, skepticism, quarrels and questions, is lost where dogma replaces discourse, where heretics has become a means of political debate.

Muslim Brotherhood, Islamists and the so-called „legalistic Islam“ is on the advance right now, even – unknowingly – supported by the EU institutions: “37 years after the Iranian revolution, Islamism is hoisting its flags everywhere, spreading his customs and conquering the hearts of a majority of believers.” A political ideology that is extremely repressive not only externally against non-Muslims or liberal Muslims, but also internally and especially against women and girls.

To this new alliance between Islamism and progressive rhetoric, there is no simple response. Dawa, by its very nature, is inherently more difficult to fight than jihad. But those who believe, as I do, in a free, open, pluralist society need to be aware of the nature and magnitude of this new challenge. After two decades of fighting Islamist terrorism, we have a new and more subtle foe to contend with.

Liberalism needs to shake off its defeatist malaise and learn to compete with ideologies like the Muslim Brotherhood that would see it destroyed. To new immigrants, as well as to our own schoolchildren, we need to teach the incredible success story of our way of life. We need to remind our younger generations why it’s better to live in Europe than, say, Egypt, Syria, Somalia or Qatar. The answer isn’t mysterious. There, women are treated as second-class citizens, and barbarity seeps into every aspect of your life. There, you have no liberty or rule of law.

In the West, on the other hand, we have all this and more. Perhaps above all else, we have the opportunity to die peacefully in our bed, of old age, surrounded by our family. That isn’t something that should be taken for granted. And yet we seem to have forgotten this, distracted by waging a toxic forever war which prioritises division over community. But this is not a fight we can afford to sit out. Until we decide that the West is worth defending, Islamism will not be defeated.