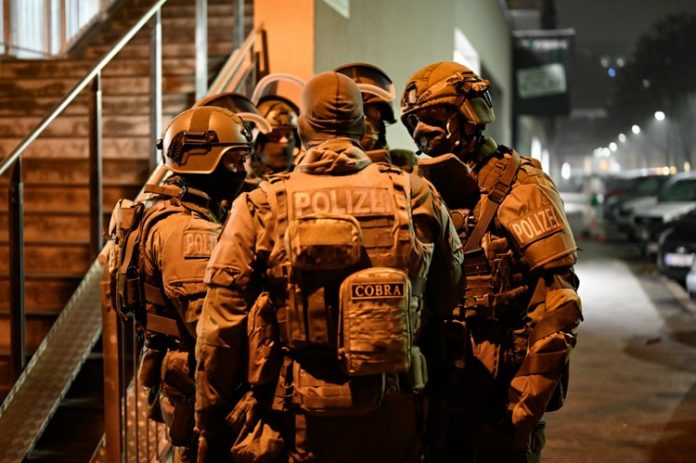 At the beginning of November, the Austrian Special Police Force „Cobra“ raided the apartments of dozens of people and associations in the early morning hours. The police officers were given the task of carrying out a raid on the accused as part of “Operation Luxor”. Now about 70 people and clubs are being investigated. Who are the security authorities targeting here?

Three years ago, a study on the Muslim Brotherhood in Austria, published by the George Washington University, confirmed that there was “considerable connections and influence” of the MB in Austria. The report concluded that persons and organizations were closely related to the association held key positions in the lives of Muslim immigrants in Austria.

Islamism as a program

This analysis cannot be dismissed: For example, the association „Liga Kultur“, whose founder himself admitted on Egyptian television a few years ago to be a Muslim Brother, was active in helping refugees. The Muslim Youth (MJÖ) was for at least two years an extraordinary member of the “Forum of European Muslim Youth and Student Organizations” (Femyso), an organization associated with the “FIOE” and attributed to the Muslim Brotherhood. In any case, the pivot of the scene has been Graz for a long time. It is also the Graz public prosecutor’s office that is conducting the current and ongoing investigation in the country.

Most experts doubt that MB’s sympathizers actually represent a security threat in and for Austria. Rather, it is primarily a question of whether the important and influential players of the Muslim Brotherhood in Austria were involved in financing terrorist groups – for example Hamas, founded as a Palestinian branch of the Muslim Brotherhood. Many investigations have failed in the past. And it’s probably also about whether the scene provides ideological lining for those, who would then actually use violence. None of the protagonists will take up arms here, in the middle of Europe, says an expert.

Most of the people under investigation are also accused of financing terrorism. In order to actually confirm these allegations, the authorities have probably relied on the seizures as part of the house searches. In fact, the accused kept talking about money transfers in tapped phone calls. Several suspects also have connections to, in some cases, widely ramified company networks. But the evidence that they are accused of could not be verified during the house searches so far.

Most of those accused of „Operation Luxor“ have Arab origin or. The political Islam scene is more diverse, experts emphasize, and that includes the Turkish side. This together with the fact that the investigation is based largely on information from an anonymous whistleblower fueled the rumor, spreading in the community: foreign services were also involved in the matter. A rumor that critics refer to as a spin of the Muslim Brotherhood to distract from themselves.

How closely are the accused connected to each other? “We know each other”, as one accused puts it, which in most cases is an understatement. However, the relationship is not always completely free of friction. Clearly, however, hardly anyone is publicly committed to the secret brotherhood. But some are more open-hearted when talking to foreign media. And when it comes to showing the “Rabia” symbol, there is no fear of contact with some of the accused in this country either.

There has been criticism of the authorities’ approach to the raid on the Muslim Brotherhood. The operation must have been martial. The prosecution’s act is secret and must not be published.

Who would have thought that a raid against alleged Muslim Brotherhood and Hamas members, in which 930 officers were deployed in Austria, could become quiet again on the political front so quickly? The last comment from Interior Minister Karl Nehammer (ÖVP) was made in mid-November. In the meantime, the investigators sift through the seized material, including countless computers, laptops and cell phones.

Now it has to be checked – publicly -, whether the serious allegations of the terrorist organization, the financing of terrorism, money laundering, the criminal organization and the subversive connections by the public prosecutor against the 70 suspects is substantiated. Around 60 house searches took place in Styria, Lower Austria, Carinthia and Vienna.

In any case, this cannot yet be adequately justified on the basis of the search warrant. This consists of tens of pages of history about the Islamist Muslim Brotherhood and the terrorist Hamas in general, vague suspicions, the content of which is often repeated, and the statements of an anonymous whistleblower, whose statements appear to have been adopted. It is not clear from the documents why this one person is so central. The public prosecutor’s office does not want to say anything about this.

It is also noteworthy that the order for the raid was initiated within three days. It was brought in by the responsible public prosecutor on October 14. The next day, the Graz regional criminal court approved the 185-page act. On October 16, the public prosecutor signed the order to carry out the raid, which had been in preparation for about a year and a half. Was it possible for the criminal district court to check this complex issue, including the protocols from the telephone surveillance, within one day? The public prosecutor’s office says that the criminal district court is constantly involved in the process as the granting authority.

The cause will probably not become clearer to outsiders in the foreseeable future. The act of the public prosecutor’s office should be much thicker. But the file remains classified for the time being. The accused’s lawyers have no access to it. Not even the expert reports are available to the defense.

The Graz lawyer Wolfgang Schlegl lodged a complaint with the public prosecutor’s office. The lack of access to files violates the principle of “equality of arms”. Neither for his client nor for him as a defense lawyer, the allegations of the authorities are thus sufficiently comprehensible. “The defense lawyers were muzzled,” says lawyer Richard Soyer.

As such, Schlegl sees no proof of an initial criminal suspicion in the case of an accused whom he represents. The former chairman of the Islamic Faith Community in Graz and functionary of the „Kultur Liga“, which is also at the center of the investigation, is accused of maintaining contact with allegedly national and international Muslim Brotherhoods and of having participated in some of the group’s events in Austria in a leading role. This is not criminally relevant for Schlegl, his client is also able to explain every account transaction: “In my opinion, the investigation order has the dangerous character of a ‘conviction criminal law’.”

In view of the vague suspicions, criticism arises regarding the proportionality of the raid. The house searches are likely to have been relatively martial.

There is also a heated debate in Austia as to whether the children of the accused suffered trauma as a result of the raid. MENA Research Center could talk to family members, who suffered shocking hours during the raids: People screamed “no movement” and “on the ground”, children woke-up in their bed, looking into the weapon front of a policeman, who called out: “Target person sighted.” After about five minutes, someone came and said that the policeman was only there for protection. MENA Research Center will continue with reports on this topic.