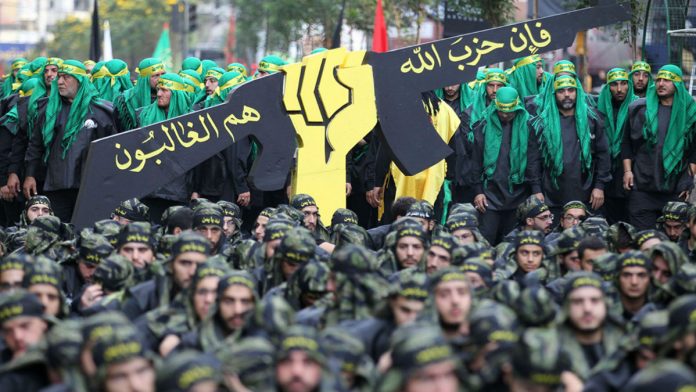 Hezbollah is banned as a terrorist organization in the USA and some EU-countries, in Lebanon it is a state within a state. And the Shiite militia is even more: a service provider for Colombian drug cartels and for African car dealers.

A female Hezbollah staffer had no idea who she was frankly telling about smuggling procedures at Beirut’s airport: Her interlocutor could send “a whole plane full of goods” that could land in the Lebanese capital “without anyone noticing,” she promised. The client then immediately receives a customs clearance. “These are professionals.”

But she didn’t know that she was talking to a professional – from the opposing side: an agent of the US “Drug Enforcement Agency”, DEA. The taped conversation was part of a large-scale DEA investigation into how Hezbollah is using profits from drug trafficking to buy luxury goods that are smuggled into Lebanon with the help of a brigadier general at customs and then sold again Laundering drug money from South America. The name of the investigation: “Operation Cedar”.

The case is just one of several from the report on Hezbollah’s global financing network. Published by the Washington “Foundation for Defense of Democracies“, FDD, the authors of the report use court files and investigative reports from the US Treasury Department to trace the global network with which Hezbollah shifts and disguises hundreds of millions across continents.

The radical Shiite “Party of God”, which Hezbollah means in English, is far more than just the representative of the Iranian Mullah regime in Lebanon with a militia and rocket arsenal experienced in the war on the one hand and parliamentary faction and several ministerial posts on the other: it has created a network with exiled communities of Lebanese Shiites in South America, Africa and Europe, who conduct a virtuoso world trade in illegal and legal goods and thereby conduct financial transactions in conspiratorial ways.

The most spectacular triangular deal, uncovered in several legal proceedings, goes like this: Hezbollah organized the transport and sale of drugs abroad for cocaine cartels, especially from Colombia. According to the court, the organization generated about 200 million US dollars – per month. The money was then channeled to West Africa, to be used for car dealers. They in turn legally bought cars for the African market from hundreds of dealers in the US and Europe. Some of the proceeds from the sale went to Beirut, from where consumer goods, primarily in Asia, were bought on behalf of South American bogus companies and then sold in Colombia and Venezuela. The profits from this flowed back to the cartels – minus commission.

In order to disguise the flow of money, Lebanese companies have repeatedly been interposed, whose translation with “exchange office” belittles their role. The branches of these money changers transfer money to one another without leaving the trail of the usual transfers: by „hawala“, a traditional transfer system in which branch A receives money and branch B tells them to pay it to someone.

In order to clean-up these discrete flows of money, the US Treasury Department has repeatedly imposed sanctions on such money exchange companies as the “Chams Exchange Company” in spring 2019, whose owners accused it of concealing drug income from Australia, Europe and South America. The FDD authors subtitled their report “Hezbollah’s laundromat”. As a result, the organization acts as an international service provider in order to clear the illegal origin of income from all kinds of criminal transactions, from drug smuggling to trading in counterfeit branded products – always for a fee. Stopping these transactions is even more difficult than uncovering them.

The US authorities have more painful access when it comes to the involvement of regular Lebanese banks in Hezbollah business. On the basis of a civil lawsuit, The US Treasury Department has accused several of the largest Lebanese banks of doing business with Hezbollah companies, including Byblos Bank and Bloom Bank, Fransabank, Bank Audi.

Among the dozen client companies that Hezbollah says are controlled by them are construction companies, but also pharmaceutical importers, oil companies and even a pension fund. If a US court were to hold banks liable for their customers, it could cut them off from the international financial market and hit Lebanon, which is economically tumbling on the brink, fatally.

Curiously, it was Hezbollah boss Hassan Nasrallah himself who confirmed the US allegations in May: To counter rumors that Hezbollah was moving foreign currency out of the country to Iran and Syria, he publicly stated: “Ask the money changers, banks and the directorate of the Central Bank. They know that we bring dollars into the country, not export them.”