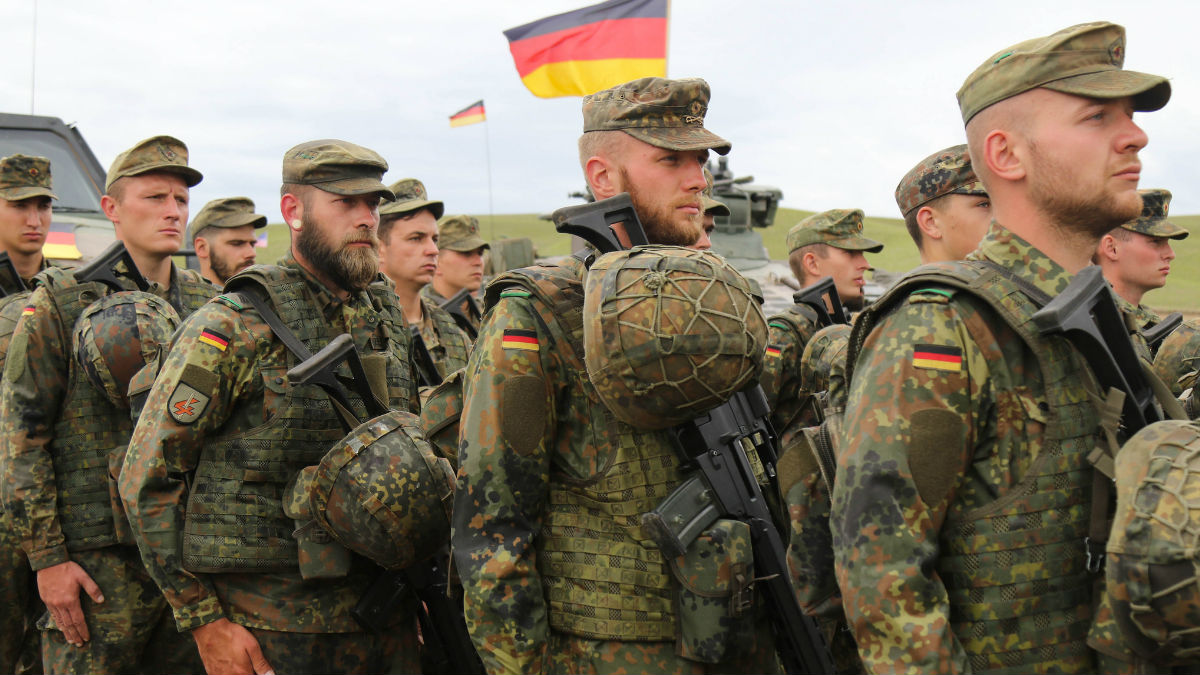 A German-Afghan was found guilty of having passed military secrets on to the Iranian secret service MOIS.

Abdul S., a German-Afghan, was sentenced to six years and ten months’ imprisonment for treason, and his wife Asiea S. was given a probation period of ten months for helping with treason. The case proves that Islamist activities or undercover operations for Islamic states in the German military (Bundeswehr) are a serious problem. Despite the verdict, however, there are legitimate doubts as to the definition of “extremist” with regard to Muslim relatives or employees in the army.

“The judges saw it as proven that Abdul S., as a civilian employee of the German Armed Forces, passed military state secrets on to the Iranian secret service MOIS.

From January 2013 to February 2017, Abdul S. met with MOIS liaison officers in European cities and handed over site plans to the Bundeswehr and analyzes by the Federal Ministry of Defense on certain regions. The court did not say which it were. Since MOIS was interested in Abdul S., the site plans and analyzes must have dealt with Iran and its regional environment, from Saudi Arabia to Afghanistan.

The case is an example of how the MOIS „engages in classic geopolitical espionage and not just in the oppression of the opposition“, security circles say.

The German Afghan worked as a translator and ‘cultural consultant’ in the Heinrich Hertz barracks in the Eifel town of Daun. The battalion „Electronic Warfare 931“ is stationed in Daun. It operates telecommunications education with a view to crisis regions and also to possible dangers for Bundeswehr soldiers active in Afghanistan.

Abdul S. secretly stored information on data media. He passed them on at least eight meetings with MOIS agents. The Iranians paid the spy a total of 34,500 Euros. Abdul S. said in the trial that he had ended the meetings on his own initiative. The Higher Regional Court said that „he couldn’t clarify why he was spying for Iran.”

His wife is accused of supporting the translator in his activities, e.g. she booked their flights for meetings with liaison officers of the MOIS. This indicates that women play an important, active role in the fundamental Islamic milieu.

The proportion of Islamists among extremists is disproportionately high

According to the German Military Secret Service (MAD), 14 extremists in the Bundeswehr were unmasked in 2019: 10 right-wing extremists, 4 Islamists.

It is not known whether Abdul S., who was arrested in January 2019, is one of the four exposed Islamists. In any case, he spied on behalf of an Islamic state. In 2018, 4 of the 7 exposed extremists were 4 right-wing extremists and 3 Islamists. That sounds harmless. However, authorities and politicians are raising the alarm in the face of exposed right-wing extremists in the Bundeswehr or the police.

According to Nariman Hammouti-Reinke, who chairs the organization “German Soldier e.V.”, there are approximately 1,500 to 1,600 active Muslim members of the Bundeswehr. Of course, they are not all suspected of fundamentalism, espionage or even terrorism. Ultimately, however, the absolute figures on extremists published by the MAD mean that Islamism is a bigger social problem in Germany than right-wing extremism.

Surveys show that many young people with roots in Islamic countries are strongly drawn to the faith and sometimes emphasize Islamic values ​​even more than their parents. Also known is the lively foreign work of Turkey through organizations such as DITIB (in Austria ATIB) or Milli Görüş, inoculating the “foreign Turks”, basically to represent Turkey’s interests instead of being a German citizen. A problem that virtually does not exist in public perception.